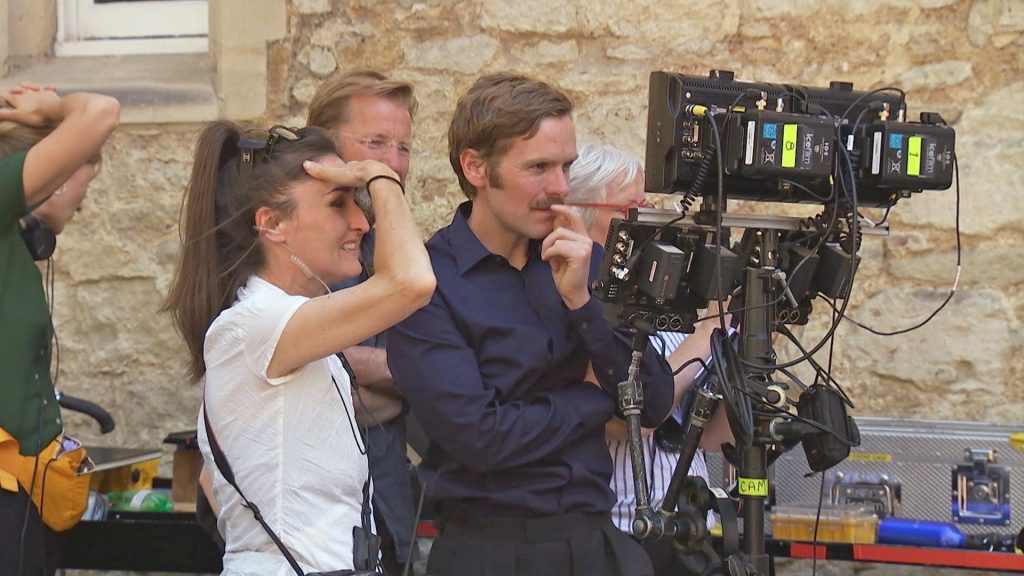 With the recent news that series 7 of the Inspector Morse prequel, Endeavour, had been commissioned for 2020 broadcast, production is set to begin later this year with Shaun Evans and Roger Allam returning as Endeavour Morse and DCI Fred Thursday. What isn’t clear as of yet is whether or not Evans will build upon his directorial debut in series 6.

The second episode of the sixth series of ITV’s hit detective drama, Endeavour, saw Endeavour Morse investigating a murder with links to a film studio that bears a strong resemblance to the one once operated by Gerry and Sylvia Anderson in the 1960s.

Sounding like he really embraced the his newfound behind-the-camera challenge, Evans’ approach comes from that fact that each director “…brings his own team and has his own color palette,” said Evans. “It’s amazing because you get a complete platform,” Evans went on to explain. “I’m a big photography fan. So I brought all of my photography books and said, ‘These are the color palettes I would like to adhere to. This is how I would like it to look, visually.’

Here, the cast of Endeavour divulge what it was like having Evans direct the Season 6 episode “Apollo.”

Rumored to be set in 1970, creator Russell Lewis hinted at what viewers can expect in series 7, “We’re thrilled ITV has asked #TeamEndeavour to continue to add to the Casebook of Colin Dexter’s immortal creation, taking Endeavour Morse and Oxford’s Finest into a new decade of decimalization, package holidays, the Oil Crisis, Blackouts, Three Day Weeks, and Europa Endlos.”

Look for Endeavour S7 in 2020 on ITV and PBS Masterpiece.