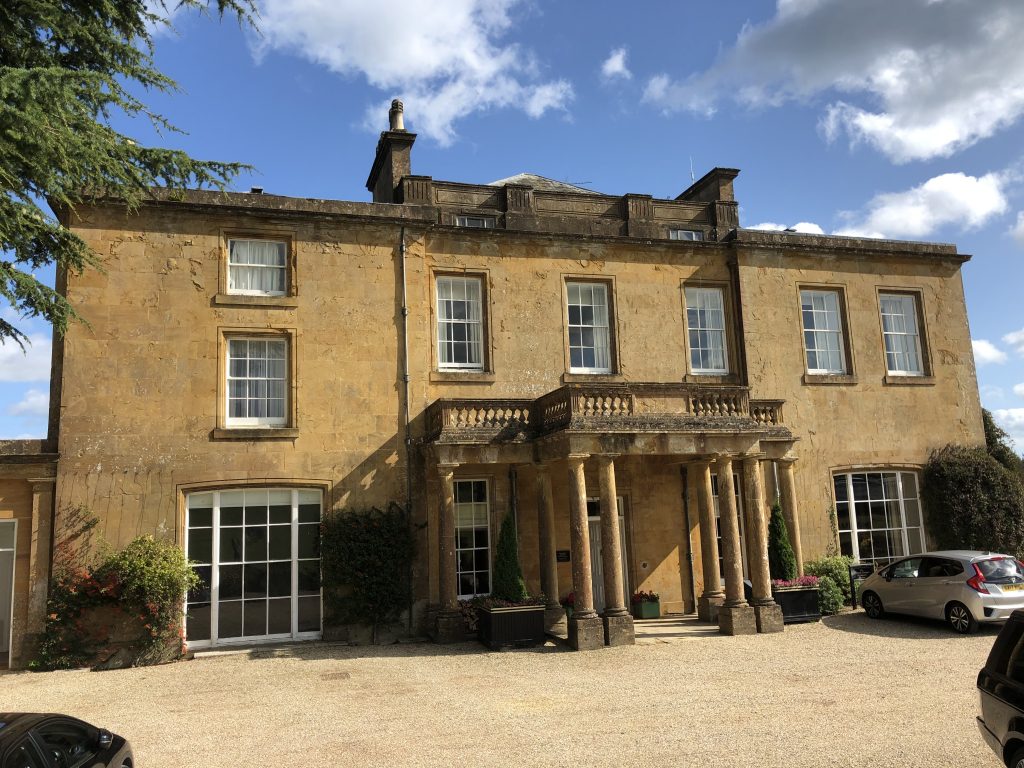 Day 3 of the To the Manor Born KERA Tour of England begins with the Roman Baths in our rearview mirror as Jim points the motor coach west and heads to Cricket St. Thomas in Somerset, England. While the name may not be immediately familiar, I’m guessing that the staircase might give it away as the home of Audrey fforbes-Hamilton, then Richard DeVere then Audrey fforbes-Hamilton AND Richard DeVere in To the Manor Born. 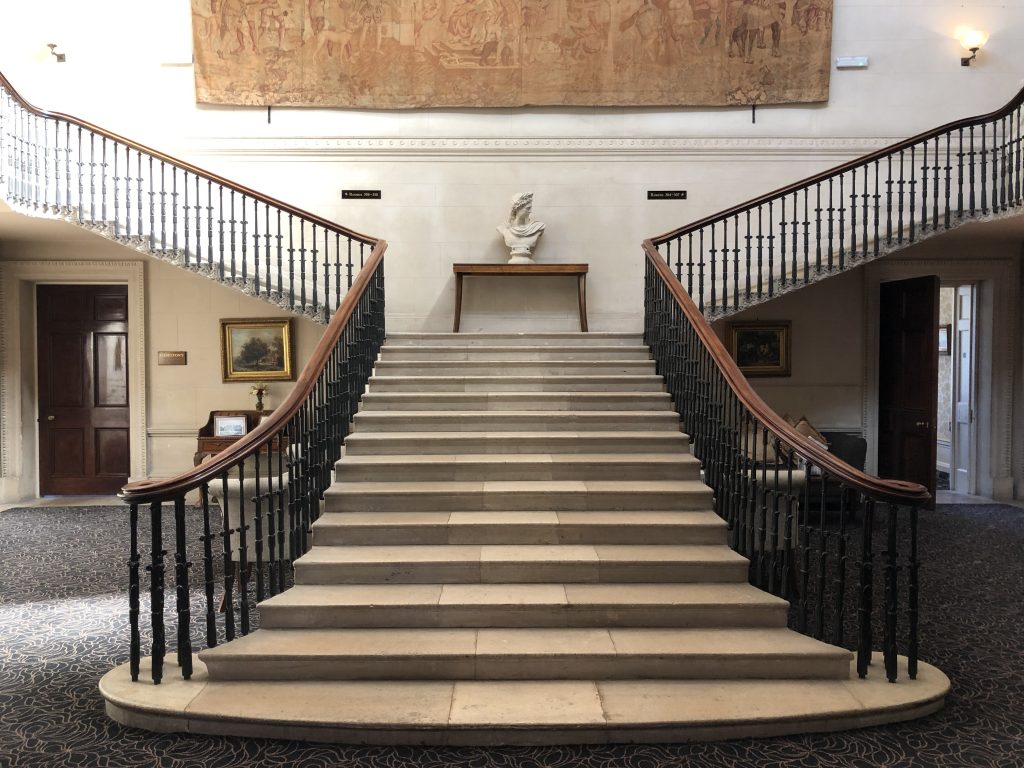 The late 70s/early 80s British comedy featured Penelope Keith and Peter Bowles with Keith’s starring role being described as an upper-class version of Margo Leadbetter, her character in The Good Life (Good Neighbors in America). This isn’t the only connection between To the Manor Born and The Good Life. Peter Bowles had been asked some years earlier to play Jerry Leadbetter, the husband of Keith’s Margo, in The Good Life.

At the time of the original series, The Manor at Cricket House was owned by the father-in-law of Peter Spence, the show’s creator and writer. Some 25 years after the BBC closed the book on Grantleigh Manor, four of the original cast members, Penelope Keith, Peter Bowles, Angela Thorne, and Gerald Sim returned for a 2007 Christmas special centering around Richard and Audrey’s plan to celebrate their silver wedding anniversary beginning with each planning a surprise party for the other.

After a short 1-night stay at Boringdon Hall in Plymouth, we head to picturesque Port Isaac and the home of Doc Martin. The series doesn’t do the beauty of the town and the people of Port Isaac justice as you will see when the To the Manor Born KERA Tour of England continues west towards the Cornish coast. 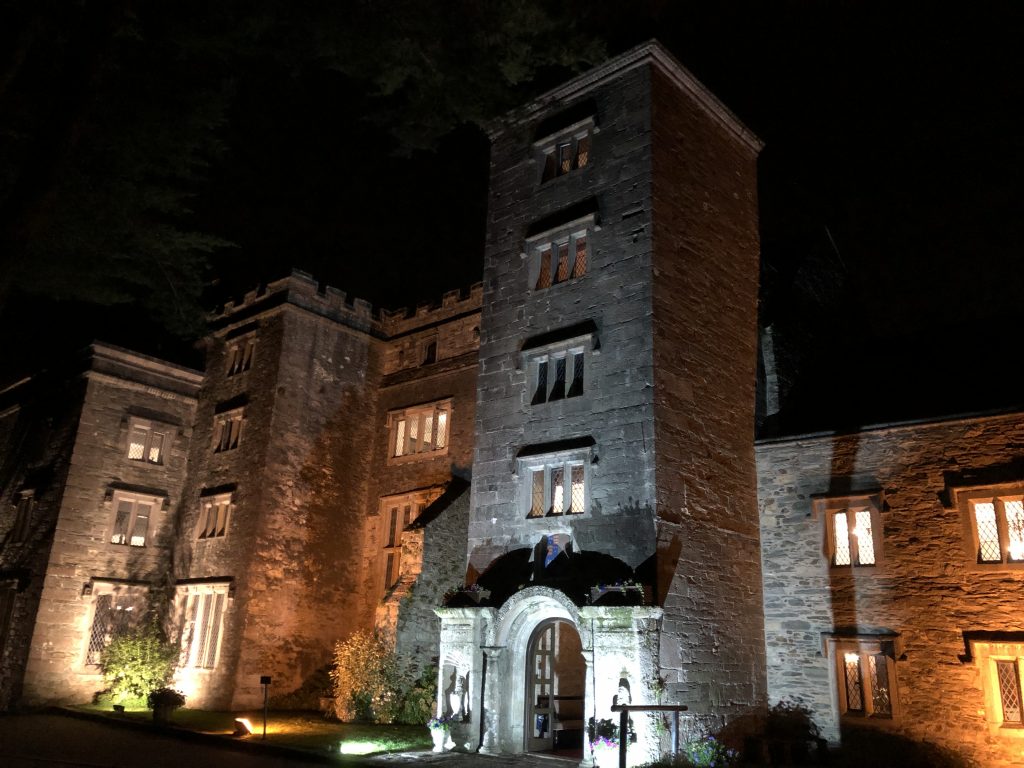 Stay with us over the next few days as the To the Manor Born KERA Tour of England continues with a tour of Port Isaac and the Cornwall coast followed by a walk-through the Greenway Estate, the holiday home of Agatha Christie and the setting for the final Hercule Poirot novel, “Dead Man’s Folly”, a brief stopover in the seaside town of Sidmouth, a falconry demonstration during our stay at DeVere Tortworth Court Hotel in Wotten-under-Edge (where we’ll introduce you to Lady Grey) before heading back to London and a tour of Hampton Court Palace.