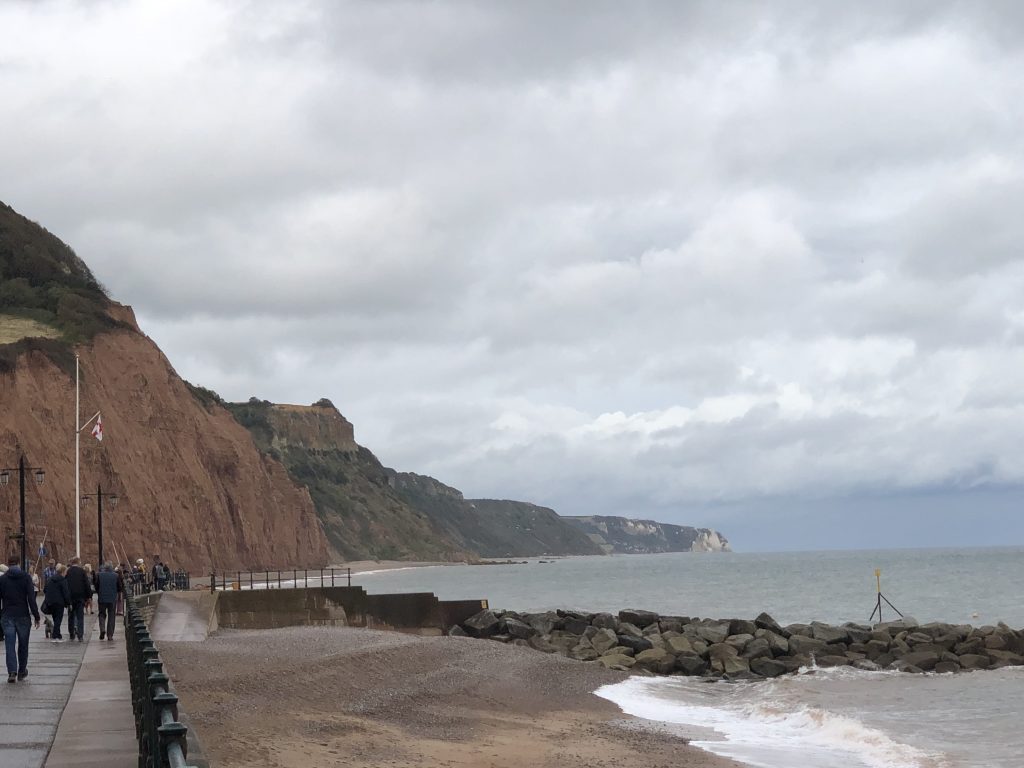 The Red Cliffs of the Jurassic Coast. Photo: Bill Young

As we made our way back towards London from Cornwall, the To the Manor Born KERA Tour of England stopped briefly to grab an ice cream and see the red cliffs of the Jurassic Coast in Sidmouth, a seaside town with a rich royal history.

It was December 1819 when the Duke and Duchess of Kent along with the infant Princess Victoria arrived at what was then Woolbrook Cottage. Tragically, the Duke died from complications after a heavy cold on 23rd January, 1820. The funeral was subsequently delayed due to the death six days later of the Duke’s father, King George III.

Later in 1856, Sidmouth and Woolbrook Cottage were visited by Edward, Prince of Wales, who came to see where his grandfather dies and where his mother, who was now Queen of England, slept as a baby.

Leaving the ice cream paradise of Sidmouth, we headed to the DeVere Tortworth Court Hotel, a Victorian Gothic mansion in Wotton-under-Edge in South Gloucestershire, for another unforgettable stay. 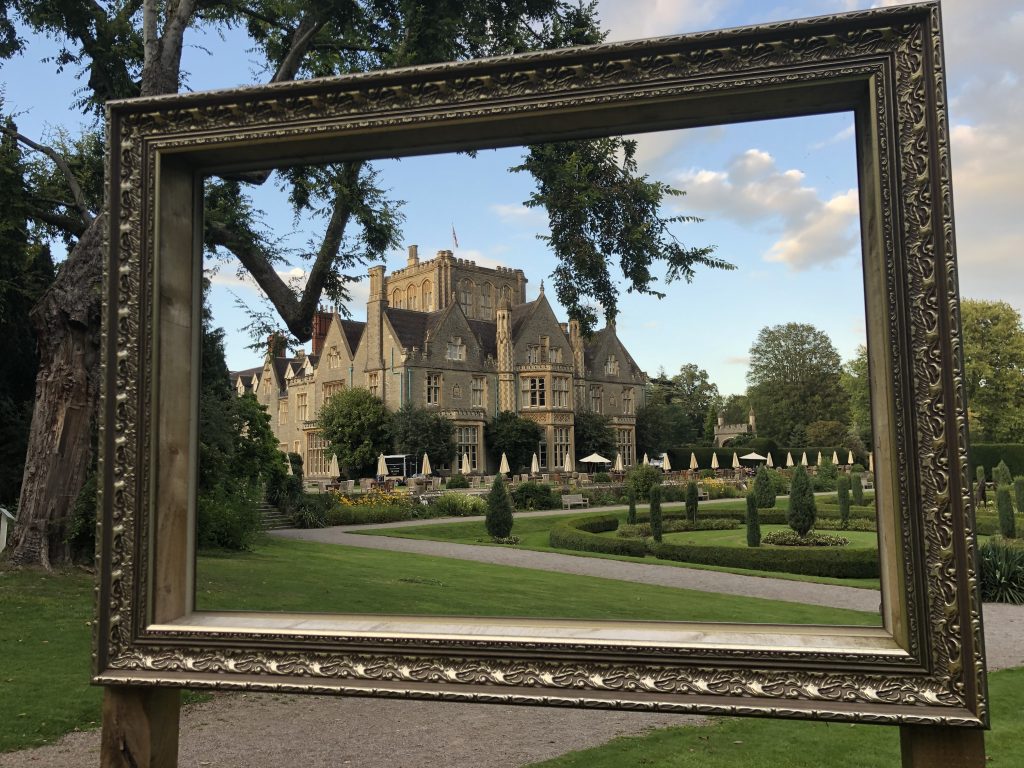 Built between 1848 and 1853, the Tudor-style mansion, 30 acres of grounds and private arboretum are brilliantly patrolled by Lady Grey, the hotel cat. During World War II the mansion became a naval training base for coding and signals, under the name of HMS Cabbala.

Our brief overnight stay was topped off by Lady Grey gracing us with her presence before heading out to secure the perimeter. As you can see, while she did allow us to pet her, she wasn’t all that happy to pose for the camera while on duty. 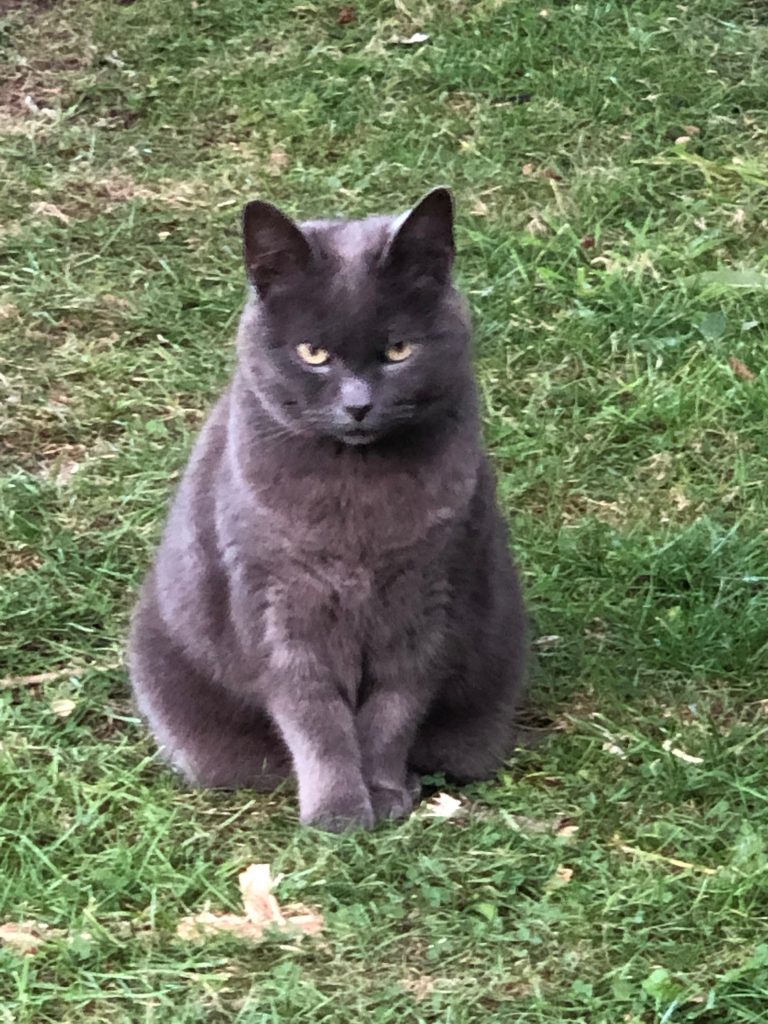 Maybe not as famous as the To the Manor Born staircase inside Cricket St. Thomas, the DeVere Tortworth Court Hotel boasts a pretty well-known set of stairs itself on the grounds outside which were built to accommodate Queen Elizabeth’s arrival via helicopter. 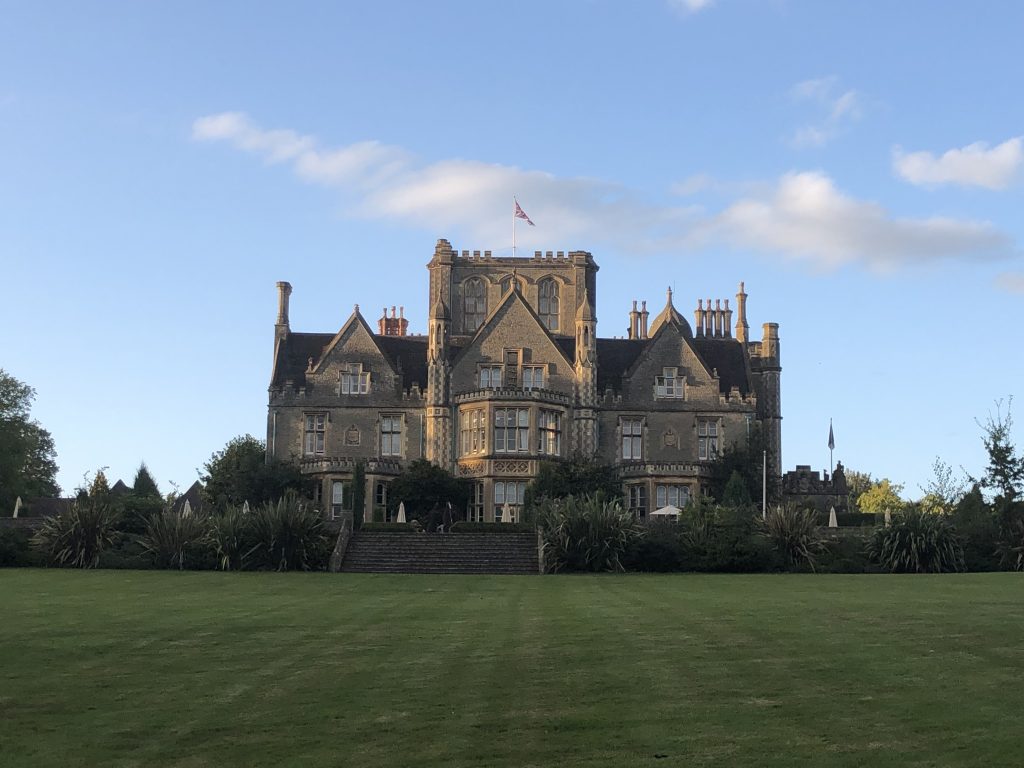 Sadly, the To the Manor Born KERA Tour of England is coming to a close but not before we stop at Hampton Court Palace and then our last night in London. More to come tomorrow but, until then, sleep well knowing that Lady Grey is on the job 24/7.