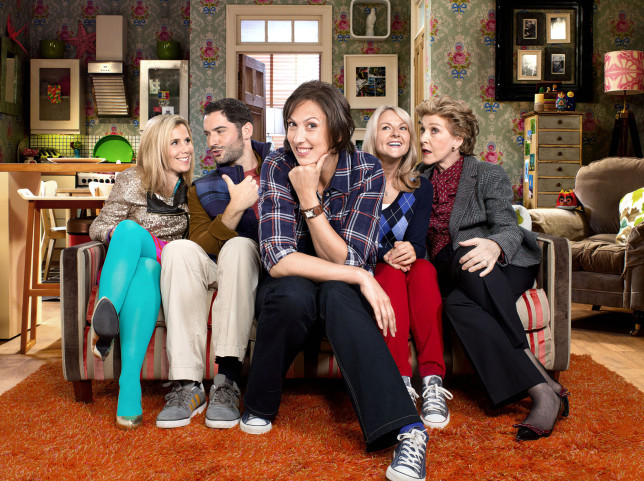 Once again, from the ‘American network television department of no new ideas’ comes news that the brilliant British situation comedy series, Miranda, will be remade for an American audience according to Deadline. While the American studio backlot streets are littered with failed attempts at adapting British television, I will be the first to admit that it might be a bit too early to put this at the head of the line for needing a mid-season replacement just yet.

The Big Bang Theory stars Jim Parsons and Mayim Bialik, who played Sheldon Cooper and Amy Farrah Fowler on the recently ended CBS sitcom, have partnered for Carla, a new multi-camera comedy to be based on Miranda Hart’s BBC series Miranda. Fox seems to be throwing the kitchen sink at this one with the series being a collaboration between Bialik’s Sad Clown Productions, Parsons’ That’s Wonderful Productions, executive producer/writer Darlene Hunt (The Big C, Roseanne, The Conners), BBC Studios and original Miranda series’ creator and star Miranda Hart.

Bialik will star as Carla, a 39-year-old woman who struggles every day against society and her mother to prove that you cannot have everything you want — and still be happy. Which is why she spent the money her parents set aside for her wedding to open a Cat Café in Louisville, KY.

The original British series, which was one of the highest rated British comedy series of the last decade featured Hart as an exaggerated, bumbling version of herself who often lands in awkward situations while remaining a constant disappointment to her mother, who is desperate for her to find a husband.

What has forever plagued American producers when trying to adapt the best of British television (with very few exceptions) has been the stellar nature of the ensemble cast. In this particular case, not only is there only one Miranda Hart with her commanding small screen presence, recreating the supporting cast of Tom Ellis (Lucifer), Sarah Hadland (Quantum of Solice, The Job Lot), Sally Phillips (Bridget Jones, I’m Alan Partridge, Pride and Prejudice and Zombies) and Patricia Hodge (Downton Abbey) will present a monumental challenge for those charged with bringing this stateside.

Guess we will all find out in Fall 2020 if Carla will be on the Coupling side of the American re-make fence or The Office side. Will it be an uphill climb? Absolutely. Can those involved do it? Absolutely.