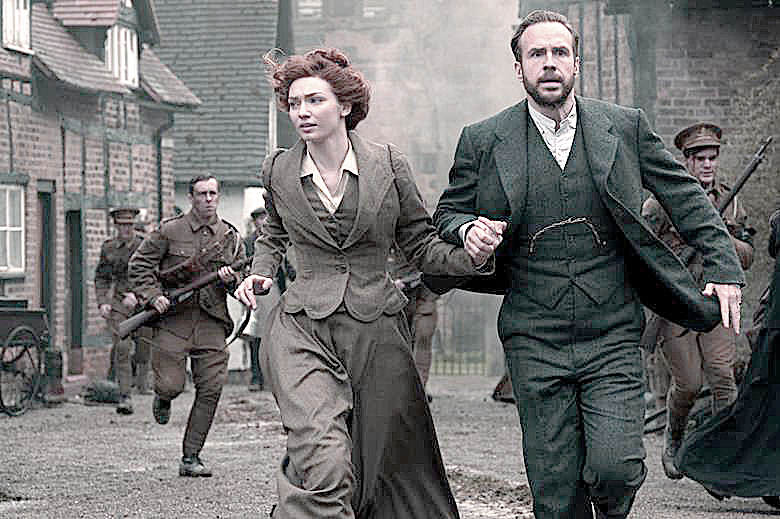 Rafe Spall and Eleanor Tomlinson in War of the Worlds. Photo: BBC

At long last, H.G. Wells’ War of the Worlds gets an Edwardian England makeover on the BBC this Autumn when Rafe Spall (Shaun of the Dead, Hot Fuzz, The World’s End) and Poldark‘s Eleanor Tomlinson encounter a meteorite that just happen to be filled with giant alien ‘tripods’. Giant alien tripods that are hell-bent on an invasion, unfortunately.

While there have been a number of film, television and radio adaptations, this will be the first British television.

The 1953 film starring Gene Barry and Ann Robinson was set in then present-day Southern California with Steven Spielberg’s 2005 loosely-based version with Tom Cruise and Dakota Fanning using New York as the setting for the alien tripod fighting machine invasion of Earth. Even Orson Welles’ 1938 radio adaptation of the Martian invasion of Earth that sent American listeners into orbit shifted the location to the United States.

What makes this particular adaptation so appealing is that instead of being set in present day (or, in the U.S. for that matter), it will remain true to the novel’s original 1898 Victorian England setting. 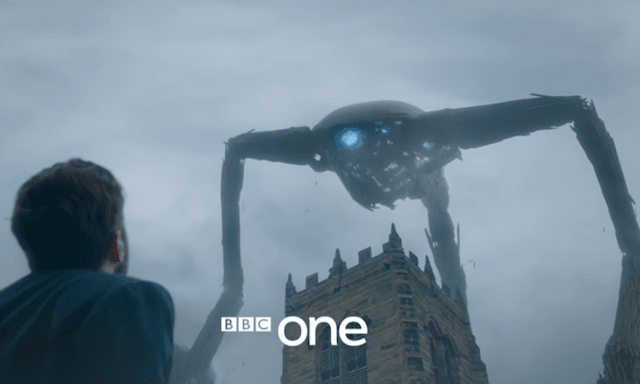 War of the Worlds also stars Rupert Graves (Sherlock, Scott & Bailey, The White Queen, Crimson Field, Last Tango in Halifax) with humanity quickly realizing that they are hopelessly outmatched as they fight for their lives “against an enemy beyond their comprehension.”

War of the Worlds airs this Autumn on BBC 1.