Billed by Saturday Night Live as the first theatrical release movie you have to rent from the library, Downton Abbey is no stranger to parody. Whether it was previous SNL skits, the recurring Jimmy Fallon Downton Sixbey spoofs, The Ellen Show‘s sketch with Ellen helping Minnie Driver audition for a role in the series, the Red Nose Day parody, Uptown Downstairs Abbey or even the brilliant Sesame Street parody, Upside Downton Abbey, the iconic British period drama was not only the most-watched drama on PBS but, probably, the most parodied also.

Thankfully, the reason for its elevated pop culture status is due to the overall success and popularity of the series and not the reverse. While the parodies have been dormant since the series ended in 2016, they surfaced again this weekend during the 45th season premiere of Saturday Night Live and featured Cecily Strong as Lady Mary, Kate McKinnon as Violet, Beck Bennett as Carson, and newest SNL cast-member, Chloe Fineman, as Lady Edith among others. 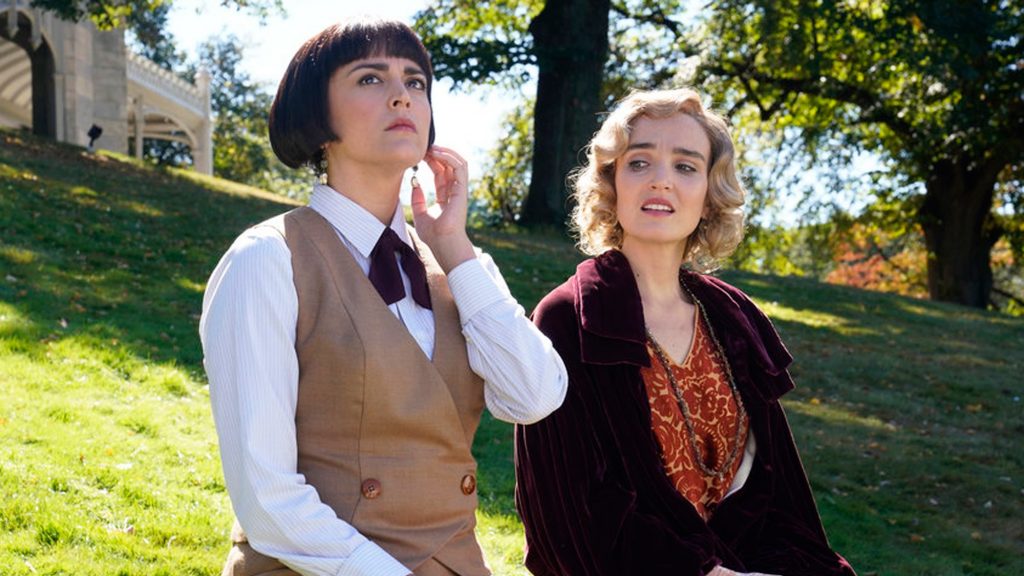 With the film centering around a forthcoming royal visit to Downton, the SNL sketch places the visit a over a year out which sends the staff as well as the Crawley family into a cleaning frenzy. Who can blame them when you put pen to paper and realize there are only 80 servants, butlers, under-butlers and valets to do the work.

Aside from the spot-on performances, the fake reviews are priceless and the ending of the trailer is not to be missed.