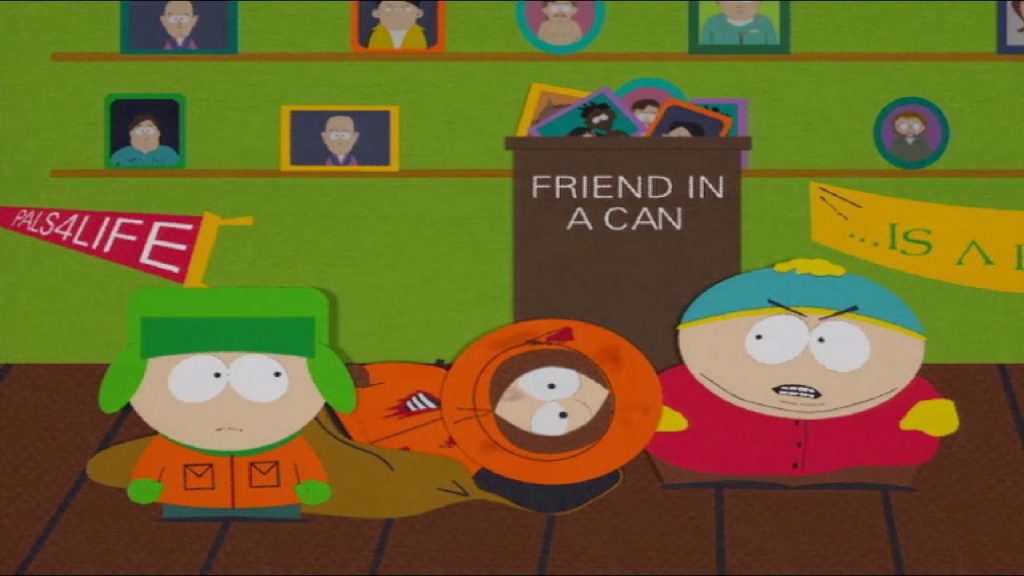 It was Sunday, 5 October, 1969 that Monty Python’s Flying Circus premiered at 10:55p on BBC1. Leave it to the greatness of Southpark to acknowledge the 50th anniversary of Monty Python’s Flying Circus last night on the shows Facebook page with a brilliant wind up of the classic John Cleese/Michael Palin Dead Parrot sketch. Beginning with Cartman channeling John Cleese as he ‘…wishes to complain about the friend I purchased not half an hour ago from this very boutique‘, Kyle does his best Michael Palin imitation trying to explain that Kenny isn’t really dead….he’s just resting.

For comparison purposes, here’s the original ‘Dead Parrot Sketch’ that aired during the show’s first season on 7 December, 1969.