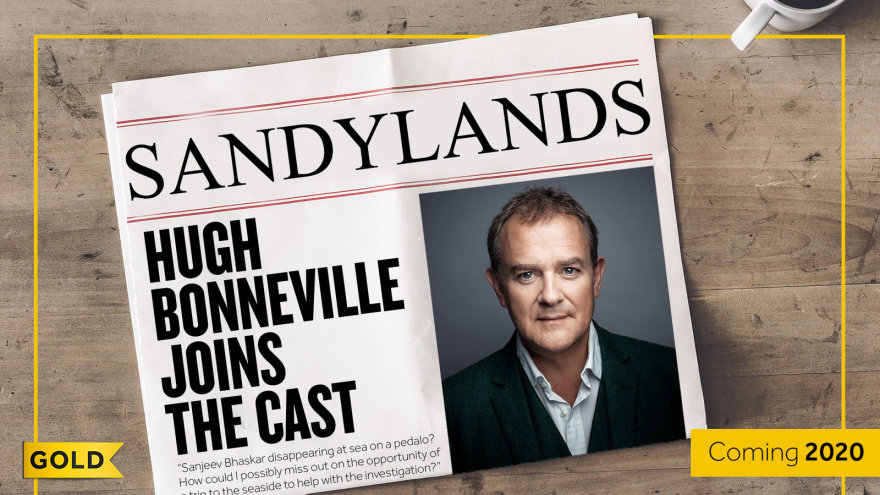 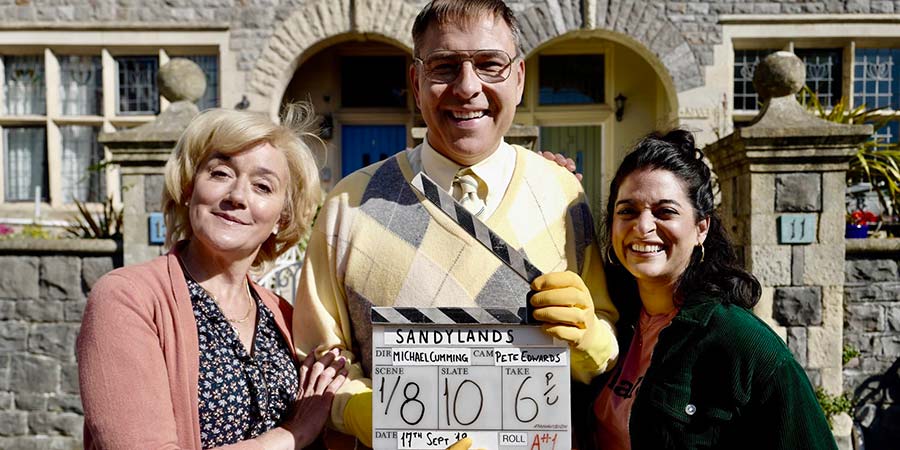 Natalie Dew, who starred in the West End stage adaptation of comedy film Bend It Like Beckham, will take on the lead role of Emily Verma, a woman who is forced to return to her hometown when her dad goes missing. With her father officially declared ‘lost at sea’, Emily is charged with putting his affairs in order, organizing his memorial and selling the family home.

According to the BBC press material, “Emily also becomes reacquainted with her old best friend and extreme hedonist Tina, who holds the local record for most saveloys consumed in under three minutes; local nightclub owner Terry Chino; and former childhood crush Nathan. Unbeknown to Emily however, her every move, and every subtle twitch of a curtain at her family home is under the constant scrutiny of a mysterious one-eyed man (Bonneville), who’s recently arrived in Sandylands and works for the life insurance company that’s due to pay out over Les’s unfortunate demise.”

Returning to his comedy roots, Sanjeev Bhaskar will play Emily’s father, with David Walliams and Sophie Thompson as the Swallows. Craig Parkinson will play Terry Chino, Simon Bird takes on the role of Nathan, and Harriet Webb plays hedonist Tina. There are also regular roles for Hamza Jeetooa and Bronwyn James.

Bonneville sounded a bit beside himself thinking about the opportunity that lay ahead saying, “Sanjeev Bhaskar disappearing at sea on a pedalo? How could I possibly miss out on the opportunity of a trip to the seaside to help with the investigation?”

While I find myself excited at the prospect of seeing Bonneville in a comedy once again (Twenty Twelve, W1A), the thought of Bhaskar returning to comedy is nothing short of brilliant given his greatness portraying the socially inept backyard television presenter, Sanjeev Kumar, in The Kumars at No. 42.

Look for Sandylands in 2020 on UKTV Gold.