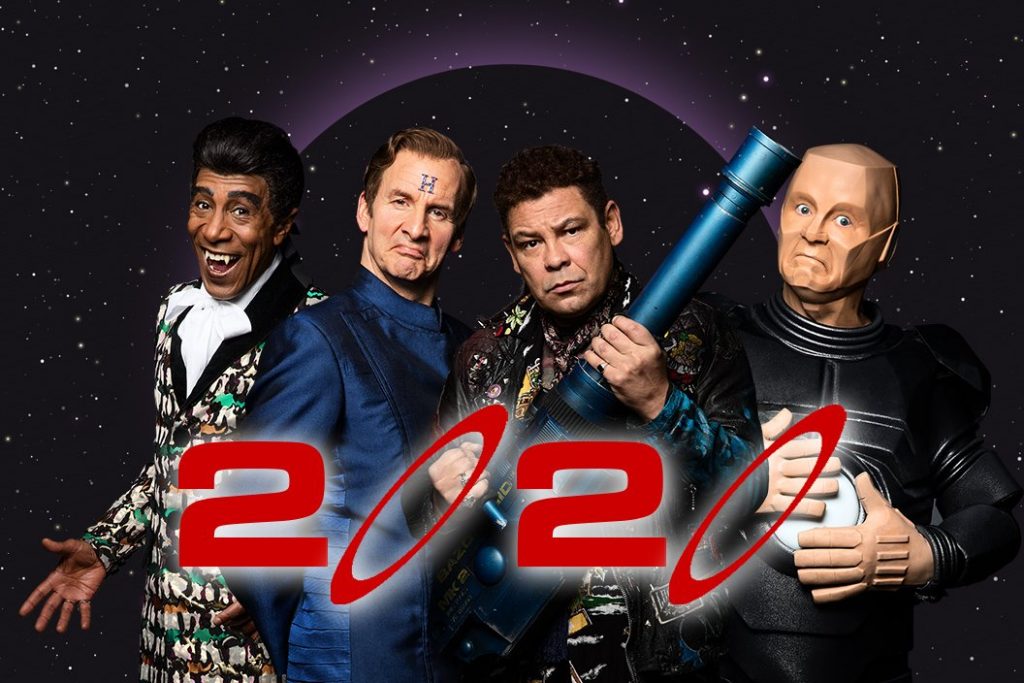 Yes, Virginia, there is a Santa Claus. 12 series, 73 episodes and 31 years after the series premiered in 1988, Red Dwarf will head back into the studio, this time for a 2-hour feature film. In addition, Dave, the home of the British science fiction comedy since 2009 when the series returned after a decade long hiatus, has commissioned a three-part documentary series to offer fans “the definitive story of the show from day one – over thirty years ago – right up to the present day”. As if this wasn’t enough brilliant news for one day, the Red Dwarf retrospectives will include rare and unbroadcast material, as well as new interviews with cast and crew.

While nothing is known as of yet as to the storyline of the special, Craig Charles, Chris Barrie, Danny John-Jules and Robert Llewellyn are confirmed to be back as Lister, Rimmer, The Cat and Kryten (a.k.a. Service Mechanoid 2X4B-523P), in an all-new story written and directed by series co-creator Doug Naylor and produced by Baby Cow Productions.

Doug Naylor says: “I’m absolutely thrilled to have the opportunity of making more Red Dwarf. UKTV has been a never-ending source of support and encouragement since we first started working together ten years ago. Can’t wait to start shooting a format that I don’t think has ever been done before. Smoke me a kipper, we’re back and not just for breakfast.”

IT’S OFFICIAL: #RedDwarf is returning to @davechannel for an all-new feature-length special in 2020! Find out more: https://t.co/B24pl7hSOq pic.twitter.com/h9Try7lvzH

Red Dwarf will air in 2020 on Dave, the UK’s home for witty banter. Let’s hope a public television broadcast is not far behind.