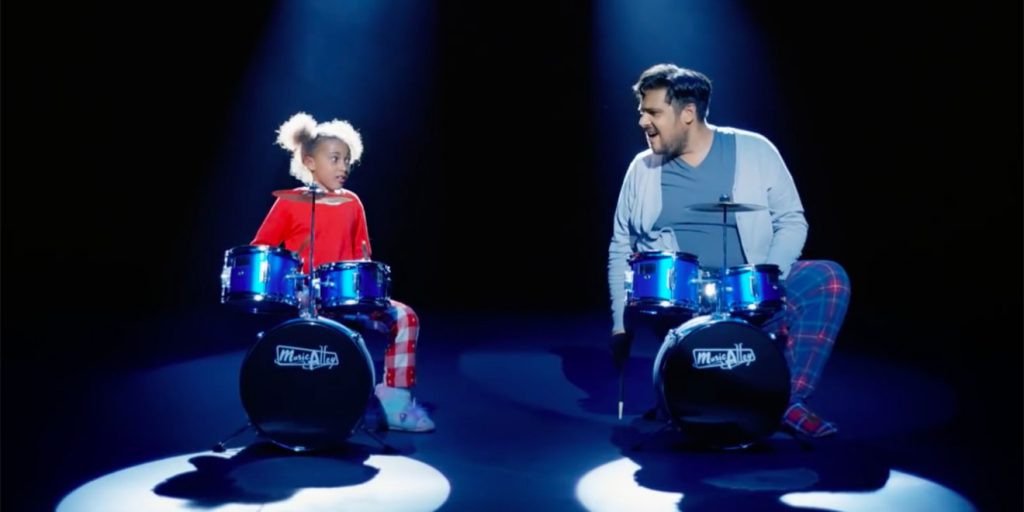 As we find our collective selves a mere 4 days removed from Halloween, it must be the beginning of the Christmas season, right? While we traditionally have a bit of a break as we wait for the greatness of the John Lewis ads or the brilliant long-running Heathrow bear ads, UK catalogue retailer Argos kicks off the 2019 holiday buying season with this brilliant advert called The Book of Dreams.

For much of the UK, the arrival of the Argos catalogue nostalgically marks the beginning of the Christmas season. Comedian and TV presenter Bill Bailey (Black Books) once identified Argos as a defining feature of the UK and, quite possibly, provided the backdrop for the campaign by describing the catalogue as ‘the laminated Book of Dreams’.

This arrived today. My own personalised Laminated Book of Dreams. Thank you, thank you good Wardens of Argos! I am crying the Tears of Joy! pic.twitter.com/Q1BMHebK3c

In the 2019 advert, as dad’s childhood dreams are awoken when he sees the drum kit his daughter has circled, it makes it a bit more bearable to realize it’s a mere 52 days until Christmas. Nandi Bushell is the daughter with Omar Abidi, drummer of the band Fightstar, as ‘Dad’, with Mel Gaynor, longtime drummer for the Scottish rock band Simple Minds, playing drums on the track.

If ‘Book of Dreams’ is any indication as to what we have to look forward to, it’s going to be a great season from an advert standpoint. For those of us experiencing a bit of Brexit fatigue, I say…Bring. It. On.