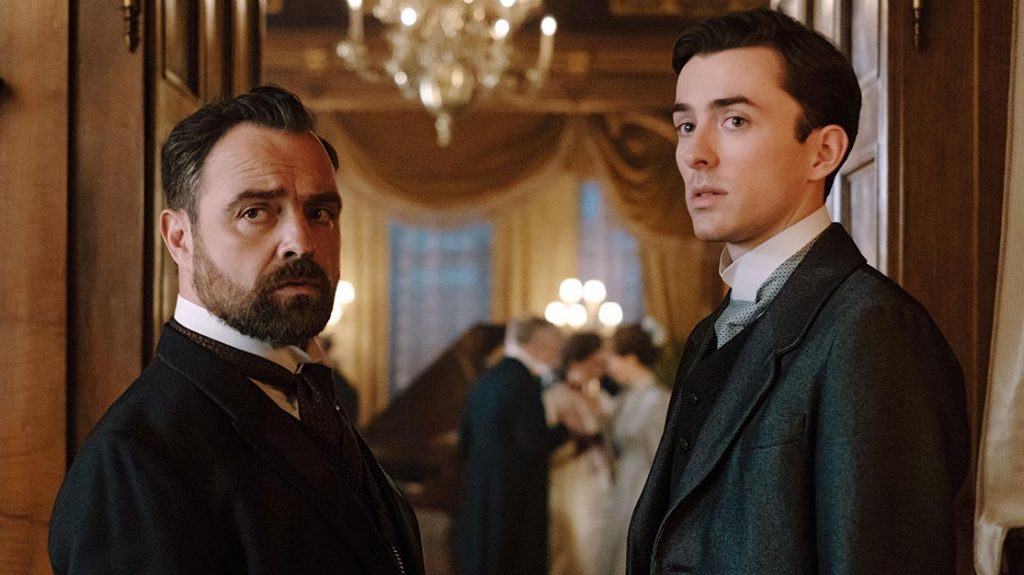 The Austrian-set crime thriller, Vienna Blood, is headed to PBS beginning in January. From the talented pen of Steve Thompson, whose writing credits include episodes from the BBC’s Sherlock, the series is based on the best-selling novels of Frank Tallis.

As one would expect given his Freud connection, the young Dr. Liebermann (Beard) focuses his attention on wanting to understand the criminal mind. As he begins to observe Detective Inspector Oskar Rheinhardt (Maurer), he is able to bring his extraordinary skills of perception and forensics combined with a deep understanding of human behavior to help DI Rheinhardt begin to crack some of Vienna’s more elusive cases.

When Steve Thompson talks about the author Frank Tallis and his novels, it’s easy to understand why the Sherlock writer immediately associated himself with the series. “They’re just dripping in detail,” Thompson said when talking about the books. “They’re so incredibly rich. It takes about two lines before you think, ‘This guy has actually been to Vienna.’ This is an incredibly vital time in the history of Vienna. So much was changing: this was the birth of modernism, and the clash between the modern and the old cultures was happening not only in medicine and psychology but also in music and art and architecture. That clash and richness of culture Frank sums up so beautiful in the incredible detail of what he writes.”

Vienna Blood will air Sundays on PBS beginning January 19. The series will also air on BBC2 in the UK at a date to be determined.