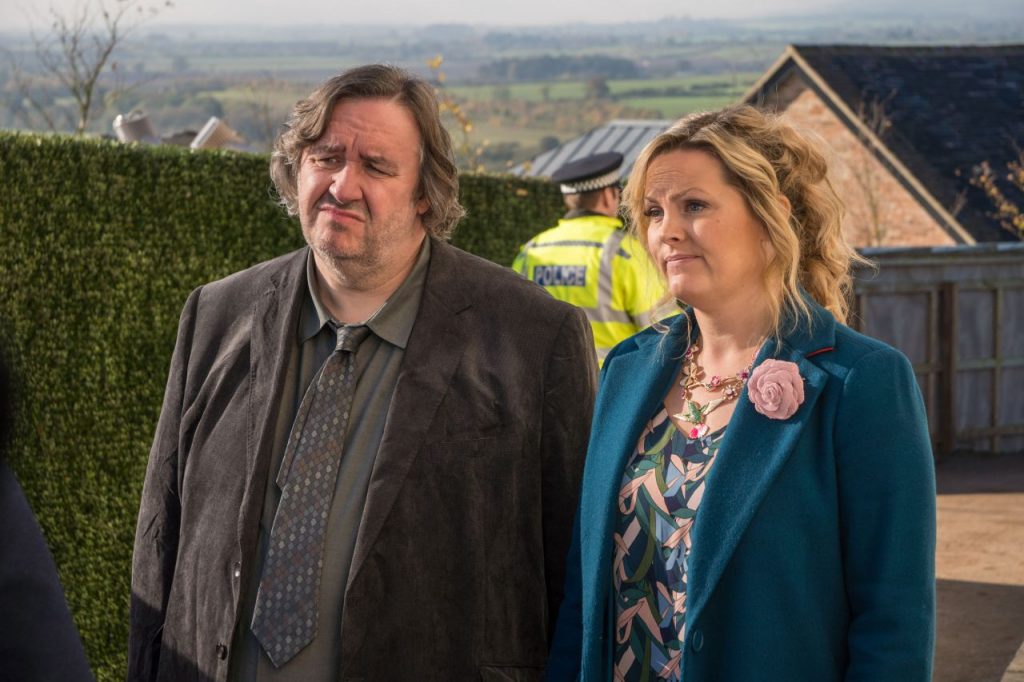 Our initial contact with the series was back in February of 2018 when it was initially screened as part of the BBC Showcase offerings in Liverpool for possible broadcast on public television stations in early 2019 (which did happen, ICYMI). The comedy/drama/mystery series premiered in February 2018 on BBC1 and was the beneficiary of both exceptional audience feedback and widespread critical acclaim, which then led to it’s renewal for a second series which transmitted in early 2019 on BBC1 and on public television stations earlier this year.

Based on the success of series 2 on BBC1, Shakespeare & Hathaway: Private Investigators has been commissioned for not one but TWO additional series. For series 3, which will air on public television stations in 2020, there will be a number of entertaining storylines. According to producers, series 3 includes an aging rock star who has a deal with the devil and two Shakespeare-related mysteries. One episode is set in a Shakespeare museum that holds deadly secrets and the second is a King Lear-inspired story that takes place at a carpet warehouse.

Also on tap for series 3, Yasmin Kauer Barn will be joining the show portraying PC Viola Deacon, described as a 20-something friend of Sebastian with boundless, puppy-like enthusiasm.

Unfortunately for Frank, the concept of going through life out of shape and low on cash is no way to run a business. As the premiere of series one unfolded, Lu hired Frank to spy on her fiancé, whom she thought was having an affair. Fortunately for Lu, it turned out her soon-to-be husband was not cheating on her. The bad news, however, is that he’s not who she thinks he is, and he ends up murdered about an hour after the “I do’s.”

The two joined forces and formed an unlikely detective duo in Stratford-upon-Avon, where a fair high number of low-life criminals seem to go and, as they say in showbiz, the rest is history…for at least two more series anyway.

Series 3 of Shakespeare & Hathaway: Private Investigators will air in 2020 on both BBC1 and public television stations in America with series 4 airing in 2021.