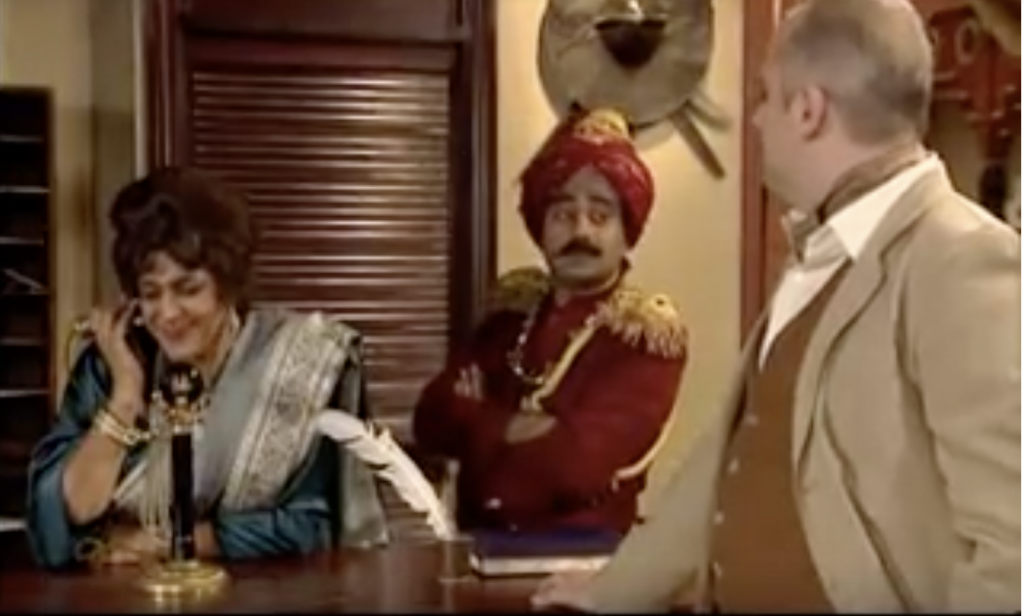 Goodness Gracious Me, the British sitcom with a central theme focusing on British Asian culture, ran for 3 series and 23 episodes from 1998-2001. Starring the foursome of Sanjeev Bhaskar (Kumars at No. 42, Unforgotten), Kulvinder Ghir, Meera Syal (Kumars at No. 42) and Nina Wadia (Eastenders, Still Open All Hours), Goodness Gracious Me sketches poked fun at the British by reversing the roles to view the British from a South Asian perspective, poked fun at South Asian stereotypes and gave some significant airtime to the conflict and integration between traditional South Asian culture and modern British life.

While a majority of sketch comedy programs on both sides of the pond tend to feature up and down moments, Goodness Gracious Me sketches fell more in the up category than the down column. Their memorable ‘going out for an English’ was voted the 6th Greatest Comedy Sketch on the 2008 Channel 4 show, 50 Greatest Comedy Sketches. Whether it was a parody of Teletubbies (“The Dehli Tubbies”), an homage to Monty Python’s Cheese Shop and Dead Parrot sketch (“The Marriage Emporium”) or poking fun at Charlie’s Angels (“Channa’s Angels”), the series was a success in its ability to appeal to Asians and non-Asians alike. For its time, it was incredibly forward-thinking by simply tackling universal themes of greed, aspiration and family along with some spot-on parodies.

One such parody that will ring true with British comedy fans worldwide is their “Fawlty Turrets” sketch which pays homage to, perhaps, the funniest comedy in the history of comedy, Fawlty Towers. An almost shot-for-shot remake of a Fawlty Towers scene except for one difference. It’s not a rundown British hotel in Torquay as the setting, it’s a once-glorious Indian palace being run by a downtrodden royal and his wife.

Sanjeev Bhaskar and Meera Syal, two of the four principles actors from Goodness Gracious Me, went on to star in The Kumars at No. 42 with Bhaskar going on to star as Dr Prem Sharma in The Indian Doctor and DI Sunny Khan in Unforgotten. Fortunately for all of us, Bhaskar abandoned his job as a marketing executive at IBM following graduation after coming to the realization that he preferred comedy to marketing.