While I’m not really sure who “they” are, they say that comedy makes for strange bedfellows. Never has this been more evident than with the long-standing habit/tradition in Germany on New Year’s Eve involving an 11-minute British comedy sketch, Dinner for One, which is also known in Germany as Der 90 Geburtstag (The 90th birthday). It seems that watching television on New Year’s Eve in Germany is right up there with the tradition of watching telly in the U.K. on both Christmas Day and Boxing Day. 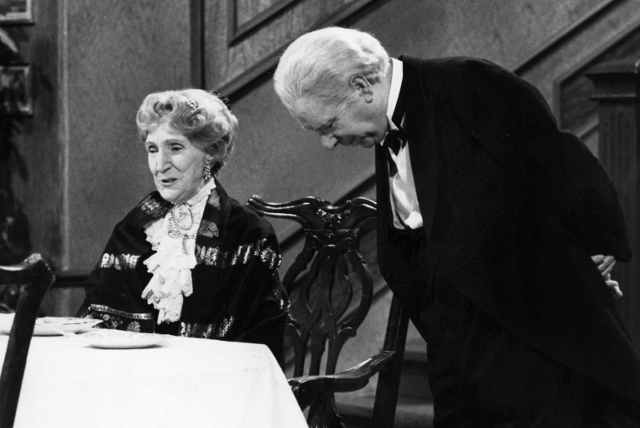 Dinner for One was originally written by British author Lauri Wylie for the theatre. German television station Norddeutscher Rundfunk (NDR) recorded a performance of the piece in 1963, in its original English language, with a short introduction in German. This comedy sketch, which first appeared on German television in 1963, went on to become the most frequently repeated TV program ever according to the Guinness Book of World Records having aired annually in Germany since 1972. It is also traditional festive viewing in Denmark, Sweden and several other European countries.

Interestingly, despite its worldwide popularity, the sketch only aired in England for the first time in 2018. So, with New Year’s Eve is just weeks away in Germany, here’s a way for those in the U.K., the U.S. and around the world to be comedic bedfellows this NYE with millions of Germans settling in to watch Der 90 Geburtstag, a.k.a. Dinner for One.