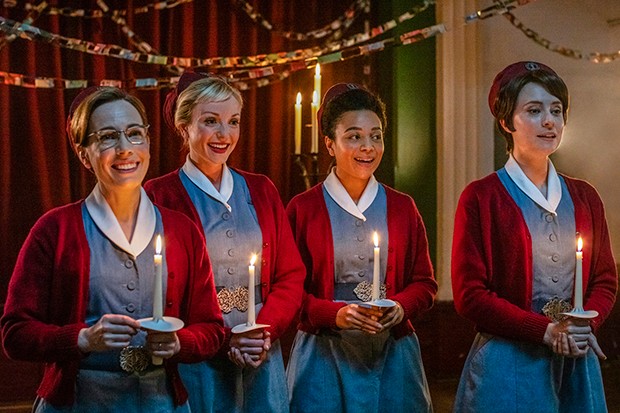 Call the Midwife is back for the 2019 Christmas special as nuns and midwives pack their bags for the Outer Hebrides, while the unlucky few get left behind to man the fort at Nonnatus House in Poplar. The critically-acclaimed and audience favorite will return with a special on Christmas Day 2019 followed by eight episodes in early 2020 (January 2020 on BBC1 and April 2020 on PBS).

For the forthcoming Christmas special, the nuns arrive on a remote, idyllic Scottish island, where the residents have a desperate need for nurses and midwives. “Exposed to the elements, they operate in bleak conditions with limited access to water and electricity to help their patients, just in time to reconvene in Poplar for Christmas,” the BBC announced. The BBC also released this first-look image, in which the midwives are having a very difficult bus trip. 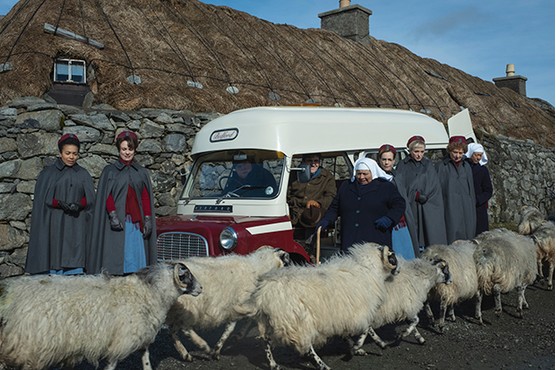 Call the Midwife creator Heidi Thomas said: “After a magical Christmas experience in the Hebrides featuring wild seas, stormy skies and some very disobedient sheep, we return to the harsher reality of city life in 1965. Society is changing fast and in series nine we will see Nonnatus House shaken to its foundations.”

For series 9, which begins in January 1965 with the funeral of Winston Churchill, Nonnatus House will “enter a bold and innovative era” – but for the midwives, “the very fabric of their lives is jeopardized when Nonnatus itself comes under threat of demolition.”

Call the Midwife returns on Christmas Day on BBC1 and PBS.