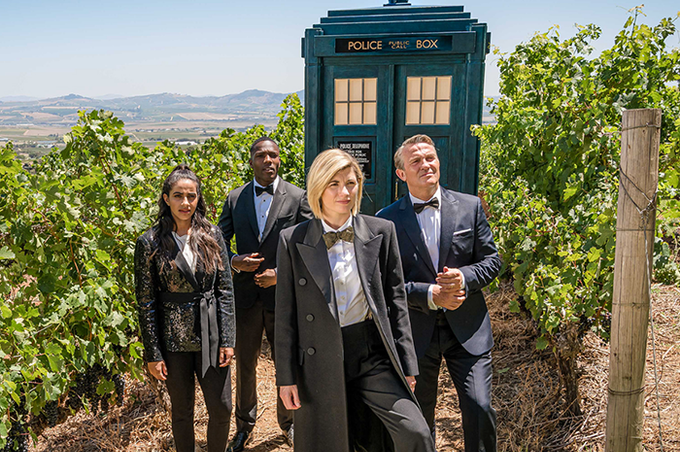 Given the fact that you have Jodie Whittaker all decked out in a tuxedo introducing herself as “The name’s Doctor…The Doctor”, the return of series 12 of Doctor Who appears to be a James Bond-inspired story complete with the brilliant Stephen Fry’s M equivalent telling his new friends, “the security of this entire planet is at stake” just prior to sending them on a mission that seems to land them to Paris, 1943 – the height of wartime espionage – in full tuxedo!

Oh, and then there’s Sir Lenny Henry (and a host of gun-wielding thugs) opening fire on the Traveling Time Lord and her BFF’s as they ride motorbikes through a beautiful vineyard-esque countryside. Other than that, it’s a run-of-the-mill, top-notch series premiere Doctor Who episode. 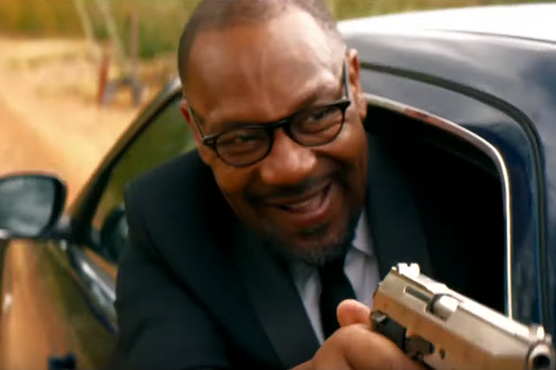 Episode one of the series premiere two-part adventure, called Spyfall, will air on New Year’s Day 2020 (Wednesday) with the second episode airing Sunday 5th January, continuing the story of episode one. Starring Whittaker and Fry alongside Lenny Henry, Bradley Walsh, Mandip Gill and Tosin Cole, Spyfall has been teased as a “blockbuster action packed two-part episode”.

Is Spyfall a true send-up of James Bond’s Skyfall with Sir Lenny Henry as the consummate Bond villain and The Doctor returning to her roots with some element of the Doctor’s past rearing its ugly head? Will the sonic screwdriver be enough up against the traditional Bond-style gadgets? Or is this just a bit of fun with the episode title that has nothing to do with Daniel Craig’s Bond? I’m afraid your going to have to tune-in on New Years Day.

Doctor Who returns to BBC One on Wednesday 1st January, 2020