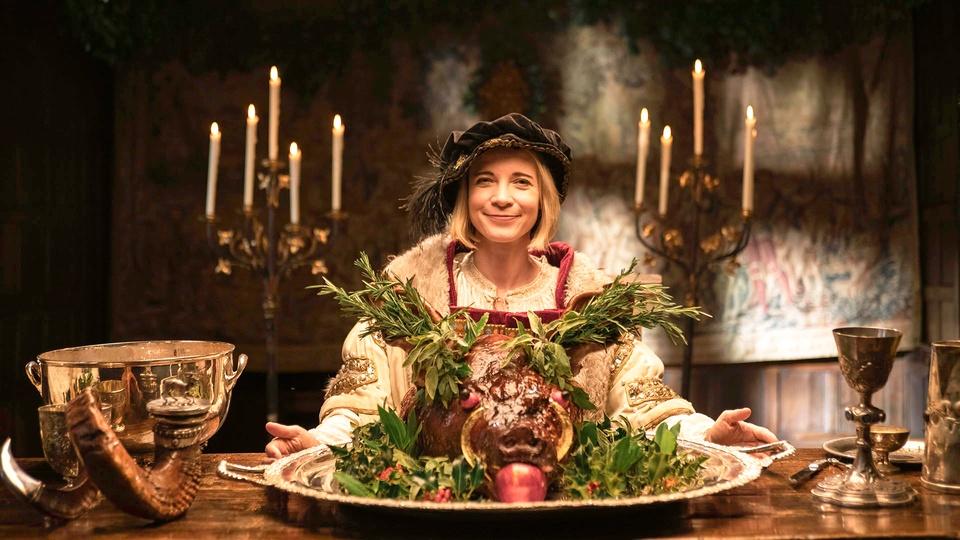 I might as well get this out of the way upfront. Lucy Worsley is as close to a national treasure as there is in my book. Worsley, the British historian, author, curator, and television presenter, is currently the Chief Curator at Historic Royal Palaces, the independent charity that manages a number of the United Kingdom’s unoccupied royal palaces such as the Tower of London, Hampton Court Palace, Kensington Palace (State Apartments and Orangery) and Kew Palace with Queen Charlotte’s Cottage on the banks of the River Thames. 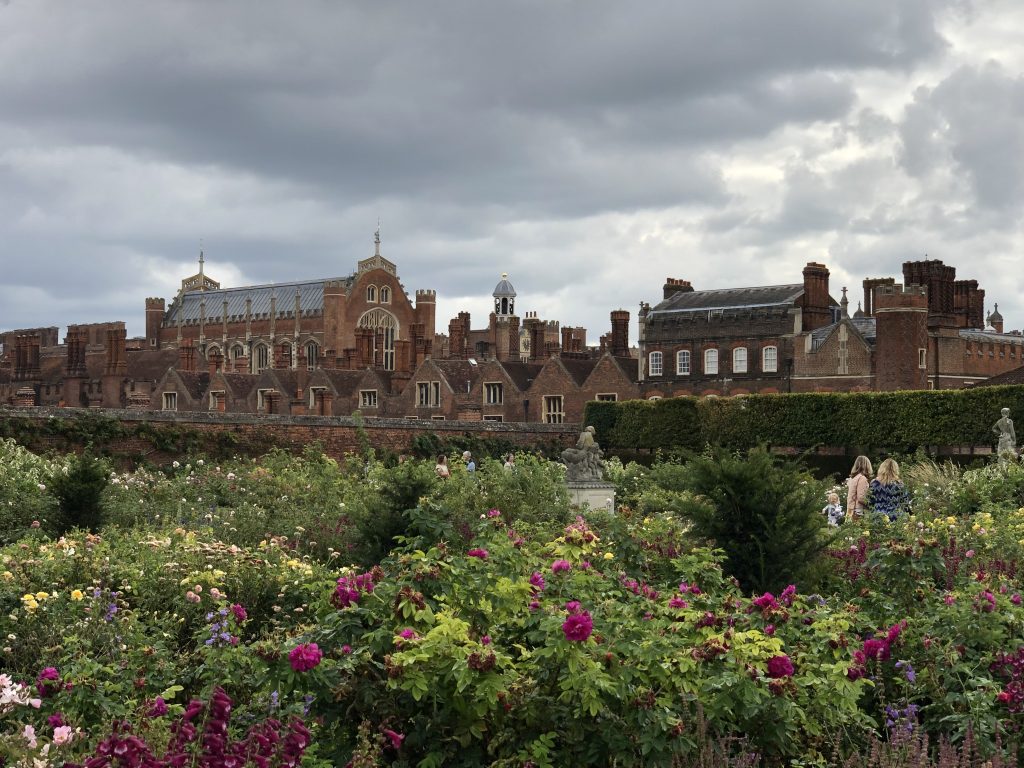 Worsley’s ability to make history fun is evident in her numerous television specials for BBC and PBS dating back over a decade. Whether she’s exploring the history of British homes in If Walls Could Talk, examining Britain’s morbid national obsession with murder in A Very British Murder or debunking historical views of the Wars of the Roses, the Glorious Revolution and the British occupation of India in the 3-part series, British History’s Biggest Fibs with Lucy Worsley, Worsley has the ability to bring history to life by literally putting herself into each and every historical situation. 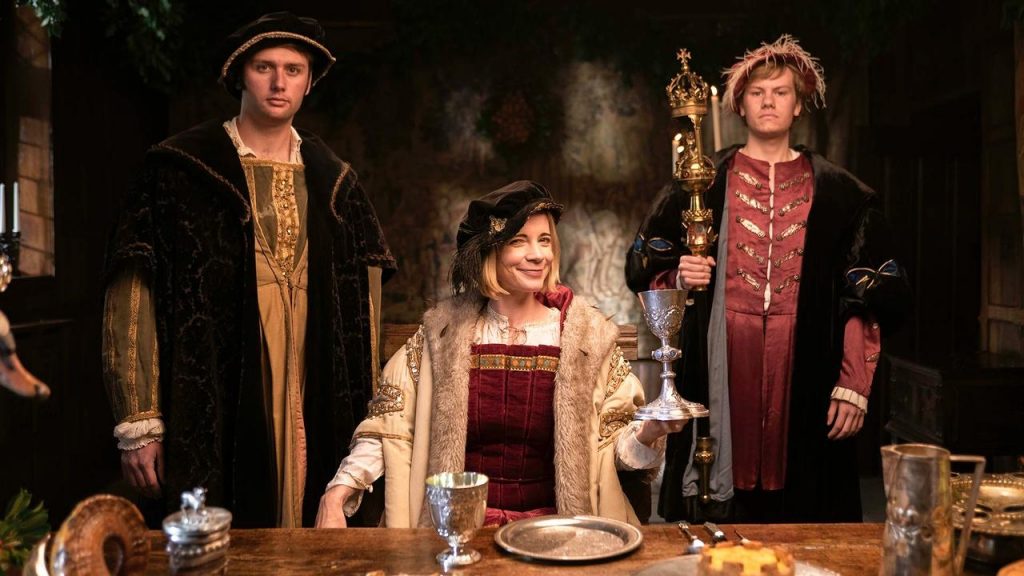 Worsley’s latest effort is Lucy Worsley’s 12 Days of Tudor Christmas premieres Christmas Day at 8pET/7pCT on PBS (and KERA/Dallas). Given that the official 12 Days of Christmas celebration has been celebrated in Europe since before the middle ages, it only makes perfect sense that the show premieres on Christmas Day when Twelvetide begins and not the day after Thanksgiving when most American calendars seem to turn their commercial attention to Christmas celebrations.

In her 12 Days of Tudor Christmas and in typical fashion, Worsley recreates how Christmas was celebrated during the age of Henry VIII – eating, drinking, singing, dancing and partying like people did 500 years ago. She’s getting into Tudor clothes, and inside Tudor minds – discovering the roots of some of the Christmas customs we still enjoy today, and exploring why other festive traditions fell out of favor. 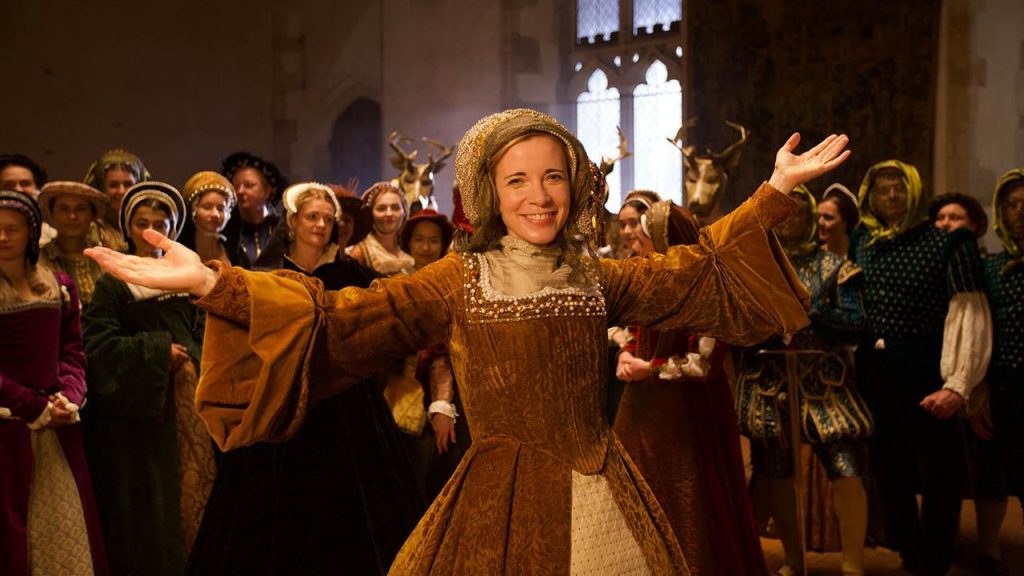 With the help of food historian Annie Gray, she rolls up her sleeves to prepare two royal feasts in the kitchens of Hampton Court Palace. Together, they learn how to make classic Tudor recipes like mince pies and assist with the roasting of a Christmas venison. Dressed as Henry himself for the King’s Christmas dinner, Lucy samples a stuffed boar’s head served by a choir singing its praises; later she munches on a marzipan chess set, and tastes a giant forerunner of the Christmas cake.

Lucy then joins Tudor carol-singers to hear a festive hit penned by Henry; experiences the rabble rousing fun and chaos created by the Lord of Misrule (a role that was often appointed to one of the king’s courtiers and was charged with overseeing party activities and merriment); and enjoys the kind of spectacular dance-based entertainment staged at court. 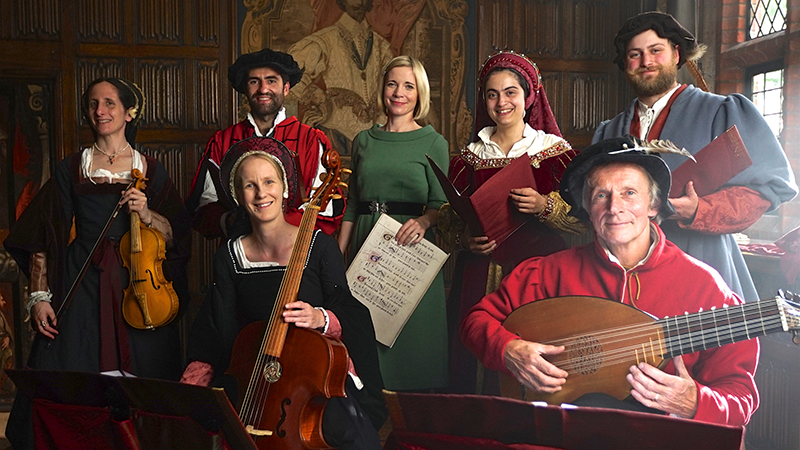 Lucy also encounters priceless records in the British National Archives, which show exactly how much Henry VIII’s lavish Christmas celebrations cost. She discovers that the Tudor version of Christmas gift-giving was an occasion for very big spending. She even receives some of the presents that were offered to Henry VIII in 1532, which ranged from money and bling to a pair of greyhounds, and a giant boar spear from Anne Boleyn.

Alongside all the partying, Tudor Christmas was more focused on religion than it is for many people today. Lucy reminds us how the celebrations followed a month’s fasting during Advent; and visits one of the ornate royal chapels where Henry himself worshipped to explore how the religious Reformation he unleashed would change Christmas forever.