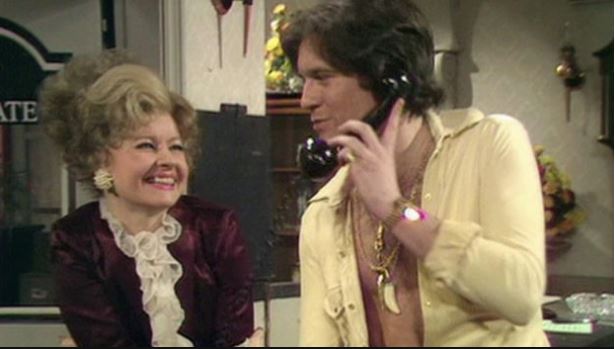 Unfortunately, these posts are getting way too frequent and are hitting too close to home as they involve friends that we’ve made over the years. This time, with great sadness, we report that our friend Nicky Henson, passed away Monday at the age of 74. A statement from the actor’s family said: “Nicky Henson has died after a long disagreement with cancer.” He was first diagnosed with the disease almost 20 years ago. He told the PA news agency last year: “For the last 18 years, I’ve regarded myself as ‘being in extra time’, which I never expected to have, so I’m very thankful for it.”

Back in 2005, we had the great good fortune to work with Nicky and interview him for our PBS documentary, Fawlty Towers Revisited, which celebrated the 30th anniversary of the classic British situation comedy. Nicky played Mr. Johnson, the bane of Basil’s existence in “The Psychiatrist” episode. Basil, you might remember, is determined to catch Mr. Johnson with a girl in his room which is, obviously, against the hotel’s policy. Unfortunately, the only girl ‘caught’ in Mr. Johnson’s room is his mother. 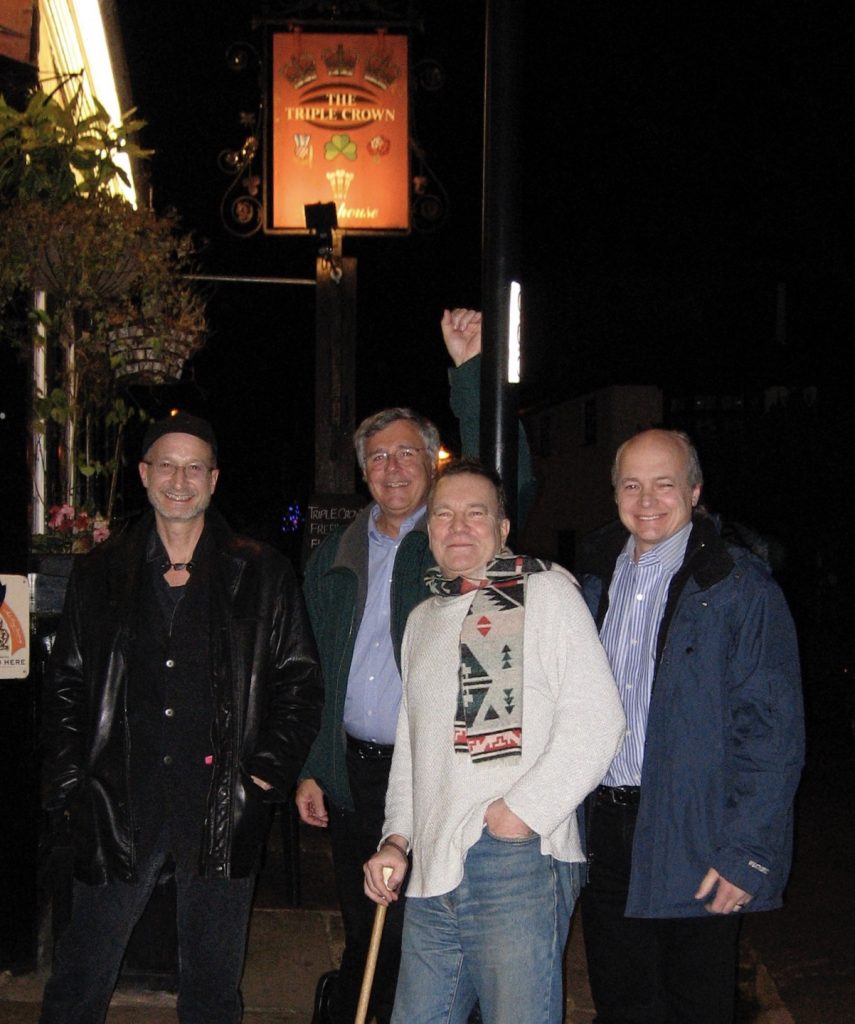 Aside from his brief but iconic one-episode appearance in what has to be considered the greatest comedy series of all time, Henson appeared in Eastenders and Downton Abbey along with film credits including Vera Drake and Syriana, which starred George Clooney. He also enjoyed a host of stage roles at the Royal Shakespeare Company and National Theatre, and was a founder member of the Young Vic.

In more recent times, you might remember Nicky as Charles Grigg from series 1 of Downton Abbey and his pivotal role in threatening to ‘expose’ Carson as his former stage partner in The Cheerful Charlies, something that would mortify Carson should anyone find out. Later, we learn in the first episode of series 4 that Mr. Grigg and Carson shared more than just the stage. 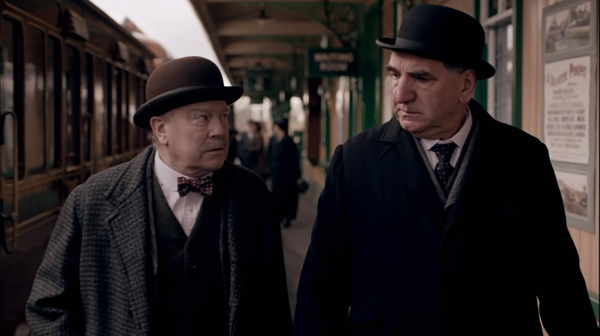 Henson was first married to fellow actor Una Stubbs (Mrs. Hudson, Sherlock) which ended in divorce. Henson later married ballerina Marguerite Porter to whom he was married for more than 30 years at the time of his passing. While Nicky wanted nothing more than to take us to his local, The Triple Crown, we also had the extreme pleasure of meeting Marguerite several times over the years as they welcomed us into their home during filming.

One of the absolute nicest individuals on the planet, Nicky used to tell us that even after all the theater, stage and film work he has been a part of in over 50 years of professional acting, he expected to see on his tombstone “Here lies Nicky Henson – he was in one episode of Fawlty Towers“. Now, I’m guessing if he were here, he’d probably joke that you will have to add that he was part of ‘The Cheerful Charlies’ with Mr. Carson also.

R.I.P. Nicky Henson. We’re going to miss you, my friend.