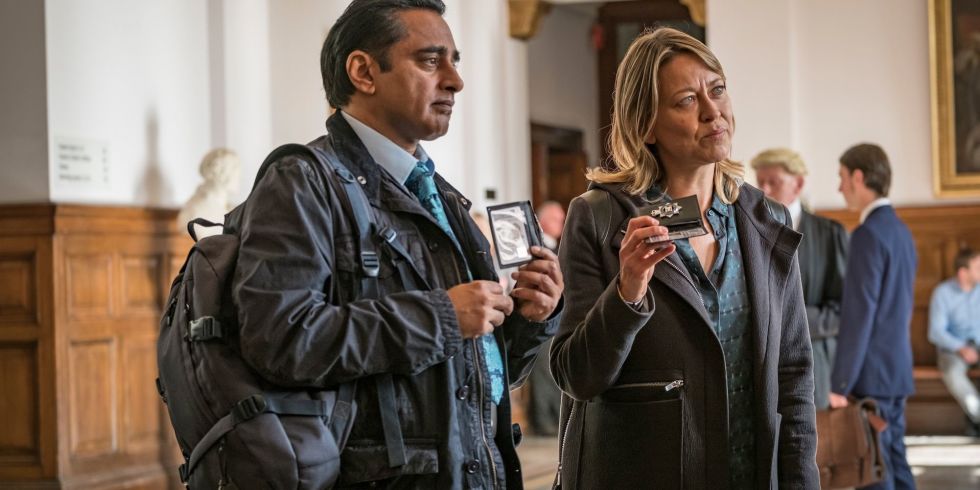 Unforgotten, starring the brilliant Nicola Walker (MI5, Last Tango in Halifax, Scott & Bailey) and the equally as brilliant Sanjeev Bhaskar (Goodness Gracious Me, Kumars at No. 42, Yesterday) in the lead roles as DCI Cassie Stuart and DS Sunil ‘Sunny’ Khan, has become one of the mainstays of the PBS Masterpiece series line-up since its premiere in 2015. Thankfully, word out of the UK is that the modern day police team has begun filming once again and will return for a fourth series to solve another cold case in 2020.

Looking back at series 3, which was both critically acclaimed and very well received from an audience standpoint when transmitted recently in both the UK and in America on PBS in 2019, you might remember Neil Morrissey (Line of Duty), Alex Jennings (Victoria, The Crown), James Fleet (Vicar of Dibley) and Kevin McNally (Pirates of the Caribbean) joined the cast as a group of close-knit friends who came under suspicion from DCI Cassie Stuart and DS Sunil ‘Sunny’ Khan when a body is found at a building site off the M1 motorway, a body that has been missing since the turn of the millennium.

Without giving away the farm, series 4 of the 2-time BAFTA award-winning series opens with the discovery of a dismembered body in a scrap metal yard, which the team believe has been stored in a domestic freezer for thirty years. A unique Millwall Football Club tattoo leads to the victim being identified as Matthew Walsh, a young man in his mid-twenties who went missing in March 1990.

Unforgotten writer Chris Lang said, “I am so excited to be bringing back the Unforgotten team for a fourth series, as Cassie and Sunny take on perhaps their most challenging case to date. Once again, we have assembled an astonishing cast, and I cannot wait to see how the very finest actors of their generation, start bringing my characters to life.”

Unforgotten S4 returns to ITV and PBS in 2020…with rucksack!