Unfortunately, I’m not sure the owners of the Oakley Court Luxury Hotel in Bray, England can guarantee there is anything on the slab to see (if you come up to the lab, that is) or that you’ll learn to do the Time Warp but you can now stay in the old English manor where a number of the most memorable scenes in Rocky Horror Picture Show were filmed. 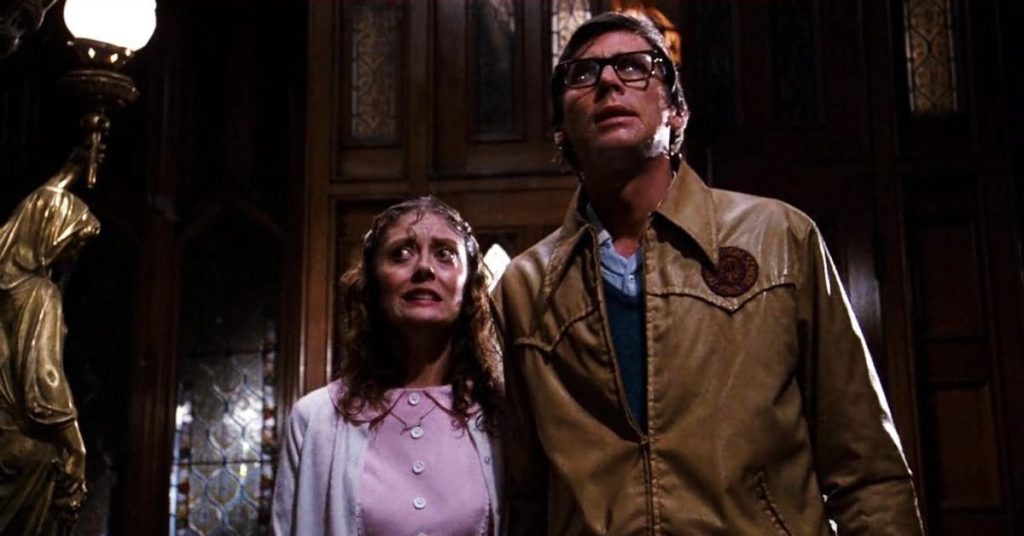 Known more recently and famously as the home of Dr. Frank-N-Furter, the Oakley Court is just a short 12 miles from Heathrow Airport right on the River Thames. In addition to RHPS, the hotel was also a regular filming location for such Hammer Studios films as The Curse of Frankenstein (1957), Theatre of Blood (1973) and The Brides of Dracula (1960).

Built in 1859, the hotel has 118 room but for the true Rocky Horror experience, you’ll need to book one of the nine ‘mansion suites’ inside Oakley Court as they are the only ones part of the original structure.

Wherever you stay, you will immediately recognize the entryway where newly engaged couple Brad and Janet stood dripping wet while trying to convince someone to let them use the phone, the famous staircase and the room where the dinner scene was filmed and the library which doubled as Dr. Scott’s office.

True fans of Rocky Horror might even notice the gargoyles at the front entrance. Unfortunately, upon closer inspection you’ll soon realize that they are actually plaster props left from the 1975 filming of the Richard O’Brien (Riff Raff) cult classic.

Just the thought of walking around the hotel envisioning Eddie, Brad and Janet, Riff Raff, Magenta, Dr. Scott and, of course, Dr. Frank-N-Furter walking the same halls is worth the price of admission to me next time I find myself needing a place to stay in London for a night.