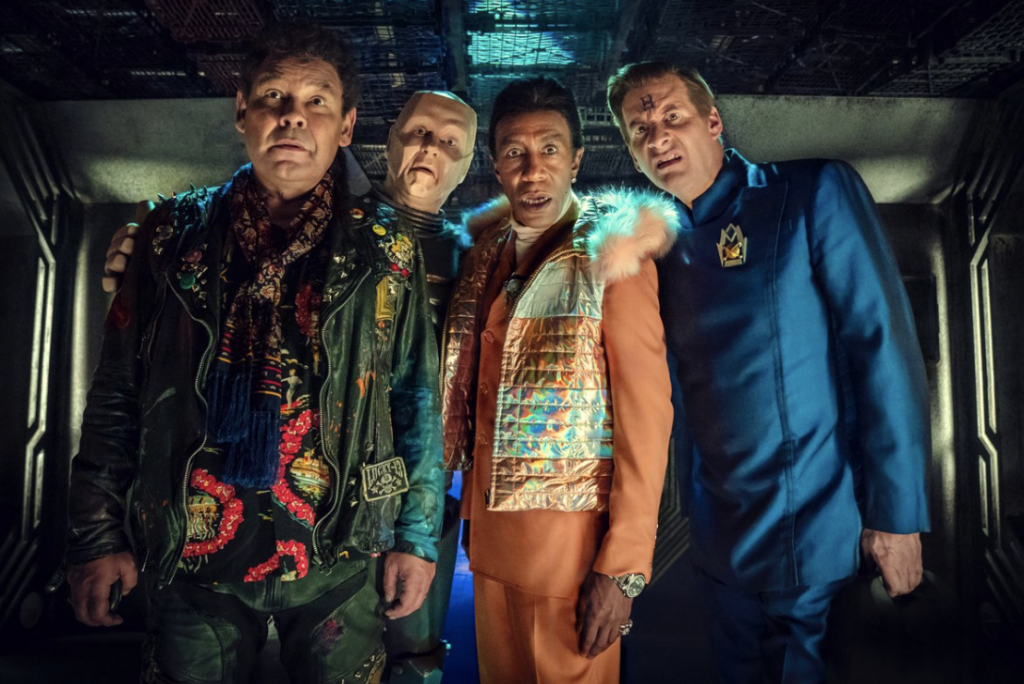 At long last, a reason to check Twitter on a daily basis! Dave, whose Twitter page proudly boasts they are ‘a TV channel that mostly posts nonsense but sometimes TV stuff’, has been releasing some ‘first look’ pics from the set of the forthcoming Red Dwarf 12, a.k.a. RDXII.

Late last week, fans were treated to not only a first look at the cast looking somewhat bewildered but also a first peek at the greatness of Fleabag‘s Ray Fearon as Rodon, the leader of the feral cats!

NEWS! Here is your FIRST LOOK at fleabag’s @ray_fearon who will play Rodon, leader of the feral cats.

While very little is known as of yet about the feature length film, Craig Charles, who plays lead character Dave Lister, said in a statement last year that the special promised to be the crew’s “…most epic adventure yet,” while co-creator Doug Naylor added that they would be “…shooting a format that I don’t think has ever been done before.”

In addition to the feature-length episode, Dave is also commissioning three, one-hour retrospective documentaries that will chart the show’s history, featuring previously un-broadcast footage and new interviews with cast and crew.

No word yet as to when anyone will get a chance to see the finished product but let’s hope for a late 2020 broadcast on Dave with a public television broadcast not long after.