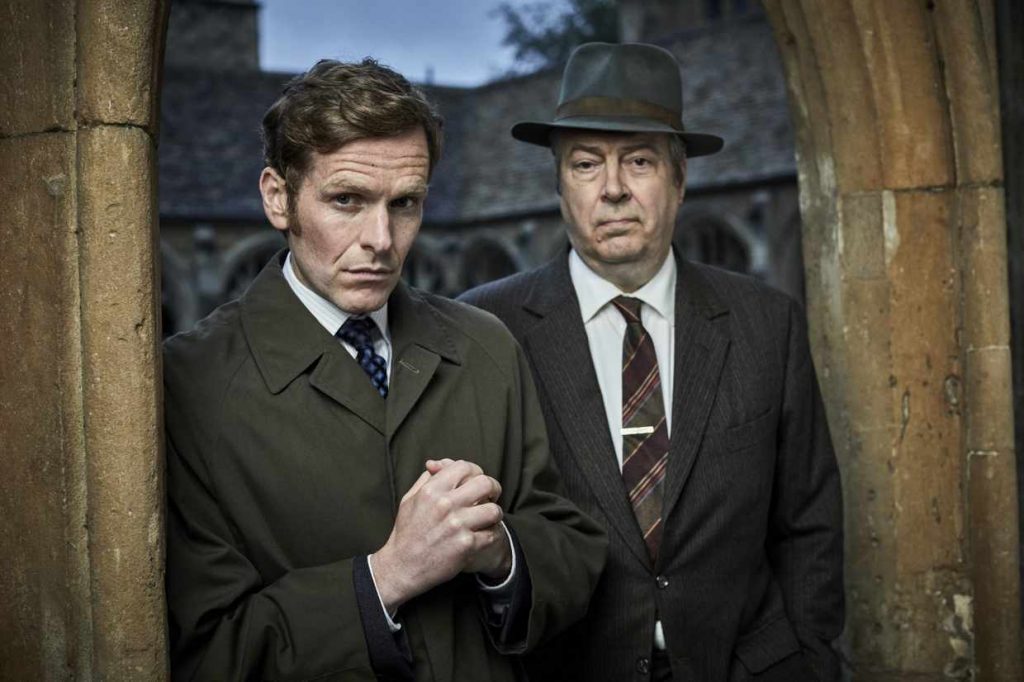 As UK fans of Endeavour make plans to settle in next month (9 February to be exact) for the premiere of series 7, Shaun Evans (DS Endeavour Morse) has teased that tensions may hit breaking point between the two during the upcoming series. Set in 1970, writer Russell Lewis told the press recently that “…Oxford’s Finest will head into a new decade of decimalization, package holidays, the Oil Crisis, Blackouts, Three Day Weeks, and Europa Endlos”.

Speaking to RadioTimes.com, Evans explained that the new series would reveal why Fred isn’t mentioned in the original drama series Inspector Morse (starring John Thaw) or in author Colin Dexter’s book series of the same name — potentially spelling a major fall-out between the two detectives.

Following his successful directorial debut in “Apollo”, the second episode of series 6, Evans will once again find himself on both sides of the camera in the seventh series’ first episode as Endeavour returns from holiday and is asked to reexamine a recent case overseen by Fred. Unfortunately, the pair have vastly different views on how to handle it.

“It’s about different ways of doing the same thing in a way,” Evans said. “And my character saying, ‘Yeah but that [how Fred handled the case] was shoddy, what you did there was shoddy’, so he’s just calling him on it really. Alright, he might be stitching him up a little bit, but…”.

In discussing the future of his creation, Lewis revealed to RadioTimes.com last year that it won’t be long before he closes Endeavour’s casebook for good. Lewis, who has written all 27 episodes of Endeavour to date, also admitted that he does have a final mystery planned for the younger incarnation of Morse and that it could be airing in the not-too-distant future.

Endeavour S7 will premiere on ITV at 8pm on Sunday 9th February and on PBS later in 2020.
In: Mystery