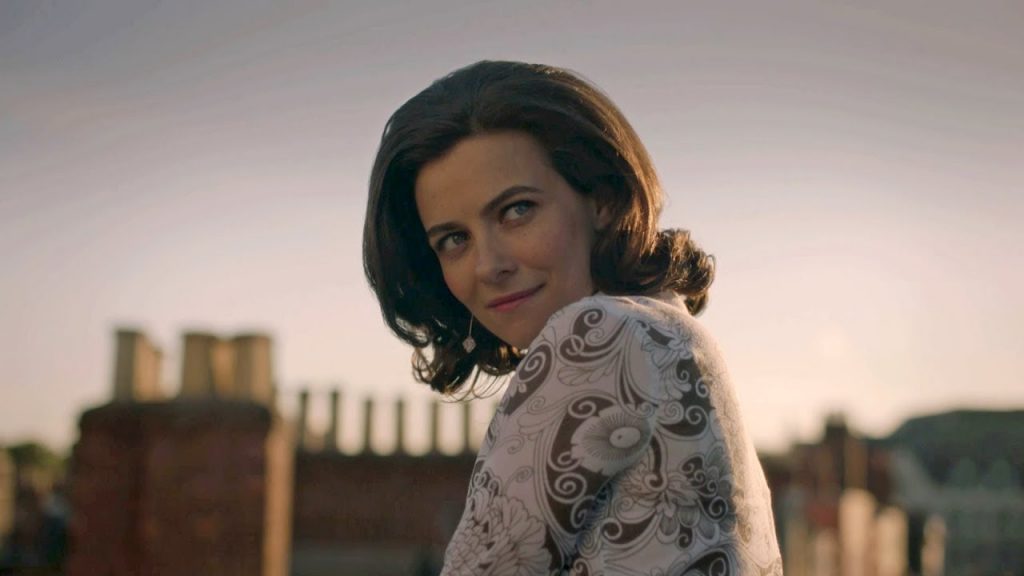 Unfortunately, when the 7th series of Endeavour  premieres at 8p this coming Sunday on ITV, it will be without an integral member of the cast. Shaun Evans (Endeavour Morse) has revealed to RadioTimes.com that Joan Thursday, the daughter of Endeavour’s boss, Fred Thursday and played by Sara Vickers, would not be a part of the forthcoming series.

You might remember that Endeavour (Shaun Evans) previously even went as far as proposing to Joan, but she turned him down – later her abusive boyfriend pushes her down a flight of stairs and she miscarries the baby she was carrying, while Morse heads to the hospital for her. For those unfamiliar with the Endeavour/Joan ‘will they or won’t they’ romantic roller coaster ride, take a look…

In an interview with RadioTimes.com, Evans was asked whether Joan would return in the upcoming season. “Not in this series,” he revealed, “Only for good news really: Sarah had a baby this time, and so she was unavailable for filming, alas.” However, he added that Vickers would “…definitely be back, she’s part of the family,” confirming that viewers will see the return of Joan in future seasons.

For me, the key takeaway is that everyone has definitely buried the lead. They key is that Evans added that ‘Joan would be back in future seasons, meaning that there will be more Endeavour beyond series 7…and that’s a good thing for all! Series 8 has been confirmed for 2021.

Endeavour returns Sunday, 9 February at 8pm, on ITV with PBS later in 2020!