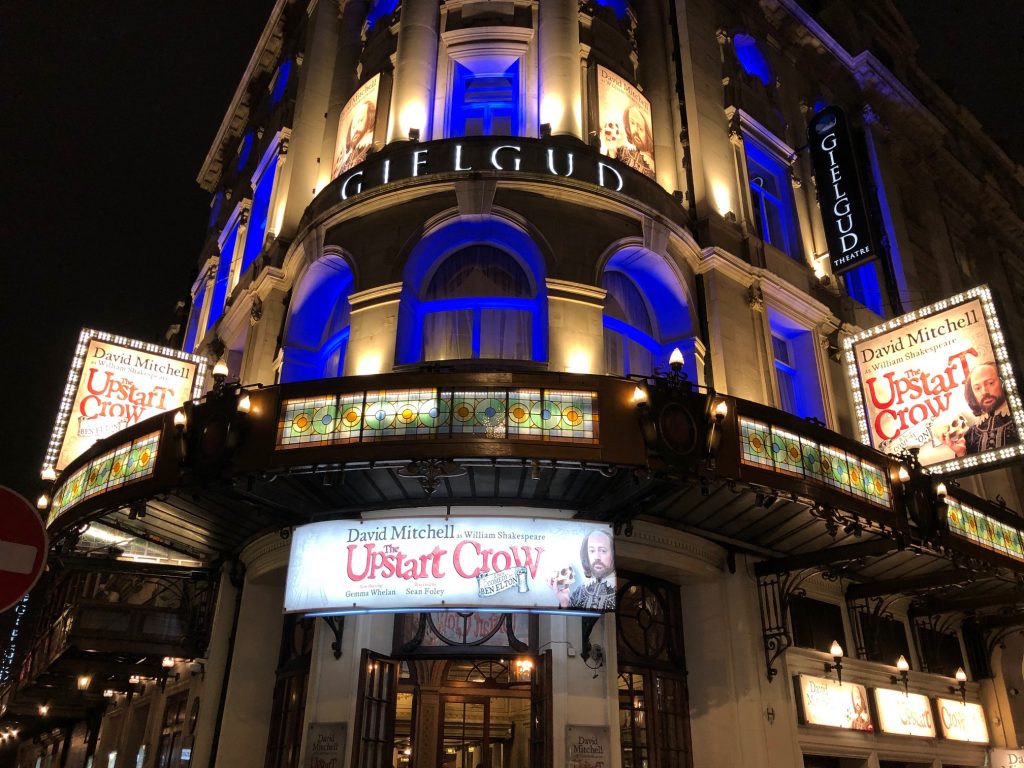 The Upstart Crow at the Gielgud Theatre on Opening Night. Photo: Bill Young

400+ years after his death, Will Shakespeare has, once again, taken London’s West End by storm. This time around, however, it’s the brilliant duo of Ben Elton and David Mitchell that have brought the bard’s struggles to the stage. Mitchell reprised his role from the brilliant sitcom as William Shakespeare in The Upstart Crow last night (7 February) with a live version in London’s West End. In addition to Mitchell, Gemma Whelan was equally as brilliant reprising her TV role as aspiring actress Kate as was the entire case of  Steve Spiers, Rob Rouse, Mark Heap, Helen Monks, Jason Callender, Danielle Phillips and Rachel Summers! A definitely shout out to Reice Weathers as Mr. Whiskers too!

Creator Ben Elton’s greatness was on display for all to see during opening night at the Gielgud Theatre on Shaftesbury Avenue on Friday with a plot that appears to echo the twins storyline in Twelfth Night. Set in 1605, the storyline had Shakespeare struggle to produce a hit after the relative flops of his ‘problem plays’, Measure for Measure and All’s Well That End’s Well which, as we all know, didn’t quite end that well. Mirroring the small screen series, the playwright must raise his game or, once again, risk King James’s wrath. The brilliantly witty dialogue included numerous present day references which were especially timely today keeping audiences on the edge of their seats.

Commenting on his West End debut, Mitchell said, “I’m delighted to have the opportunity to bring history’s most famous balding dramatist to the West End via the amazing comic imagination of Ben Elton. Theatre-goers can look forward to a comedy steeped in authentic Shakespearean ambience in every way apart from the smell.” 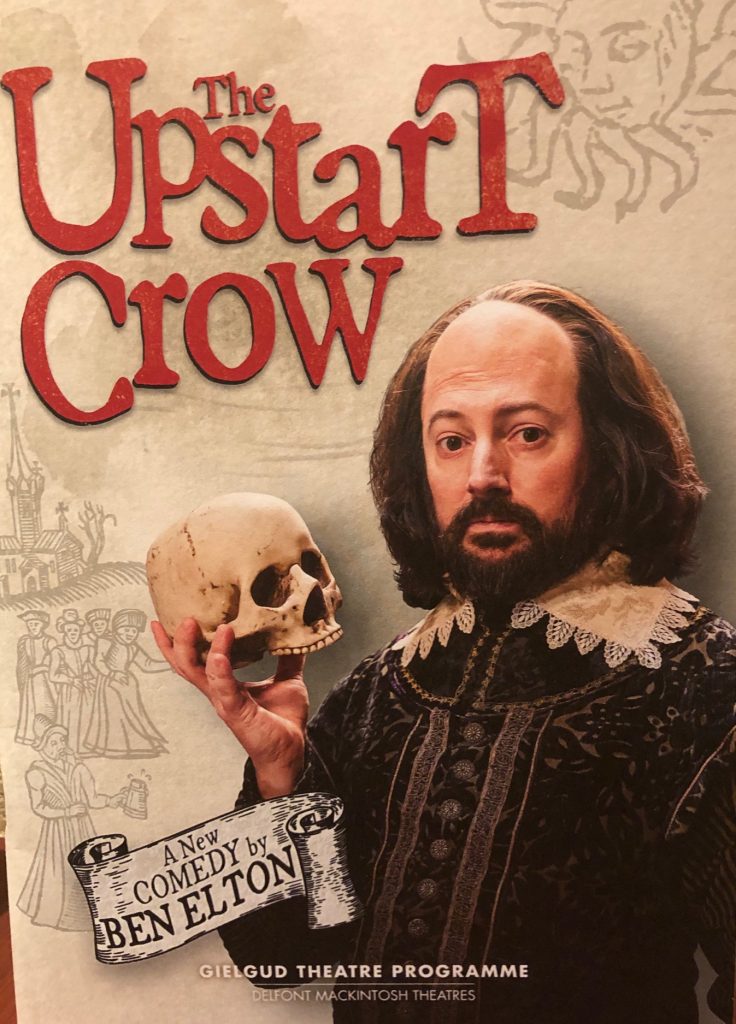 Commenting on why William Shakespeare is a perfect fit for comedy, Elton said: “Will is like the ultimate British sitcom hero. He’s a disaffected middle-class man feeling very much put down by his betters — just like Captain Mainwaring (Dad’s Army), Basil Fawlty, Reggie Perrin or even, dare I say it, Edmund Blackadder.”

Elton went on to stress that this is definitely not a ‘TV adaptation’ but rather an entirely original excursion into the life of Will Shakespeare. You certainly do not have to have see the sitcom to enjoy his latest effort. Judging from last night’s opening, the audience most certainly enjoyed it…as in standing ovation loved it. Comments of “I never laughed hard” and “Ben Elton at his ‘Blackadder’ finest” circulated through the theatre lobby after the show.

The Upstart Crow will run from now through 25 April 2020 at the Gielgud Theatre on Shaftesbury Avenue. For tickets, click here. For an interactive look at your potential seat view, click here.