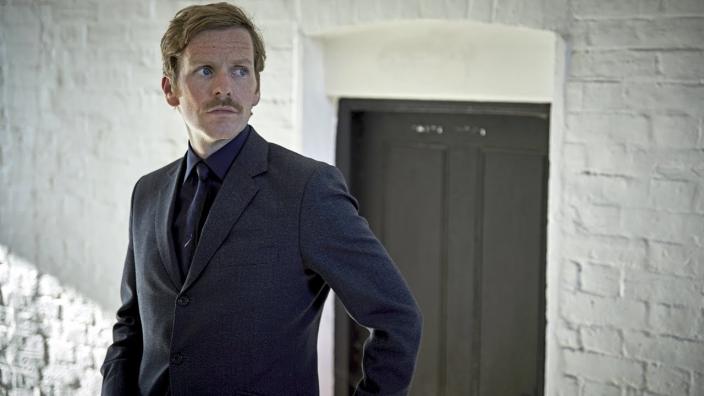 With returning series set to premiere later this year from Grantchester, Father Brown, Death in Paradise, Shakespeare & Hathaway, Shetland, Midsomer Murders, Vera and, of course, Endeavour, 2020 is shaping up to be another banner year from a drama standpoint for the BBC, ITV, PBS and your local public television station. With Endeavour, Shaun Evans reprises his role as DS Endeavour Morse, alongside Roger Allam as DCI Fred Thursday for a new set of three compelling cases when series 7 premieres later this year.

The new trilogy of films will open on New Year’s Eve 1970 where it’s the dawn of women’s liberation, social progression and scientific growth. With normal order resumed and the team reunited at Castle Gate CID, Chief Superintendent Bright is back in charge. Each film will once again be written by Russell Lewis who has penned all 27 Endeavour screenplays to date. Following the success of his directorial debut on the drama during series six, Shaun Evans will also be directing the first film of the new series.

According to ITV, the seventh series will see Morse enter a new decade and era of change that will test Endeavour’s moral compass to breaking point, both personally and professionally. While filming has begun on the 7th series of the Inspector Morse prequel, the 8th series of the critically-acclaimed detective drama has been commissioned by ITV for 2021.

What’s better than knowing series 7 of #Endeavour has begun filming? The news that series 8 has already been commissioned for 2021! 🎉🎉🎉@EndeavourTV pic.twitter.com/SkxmEUsDnc