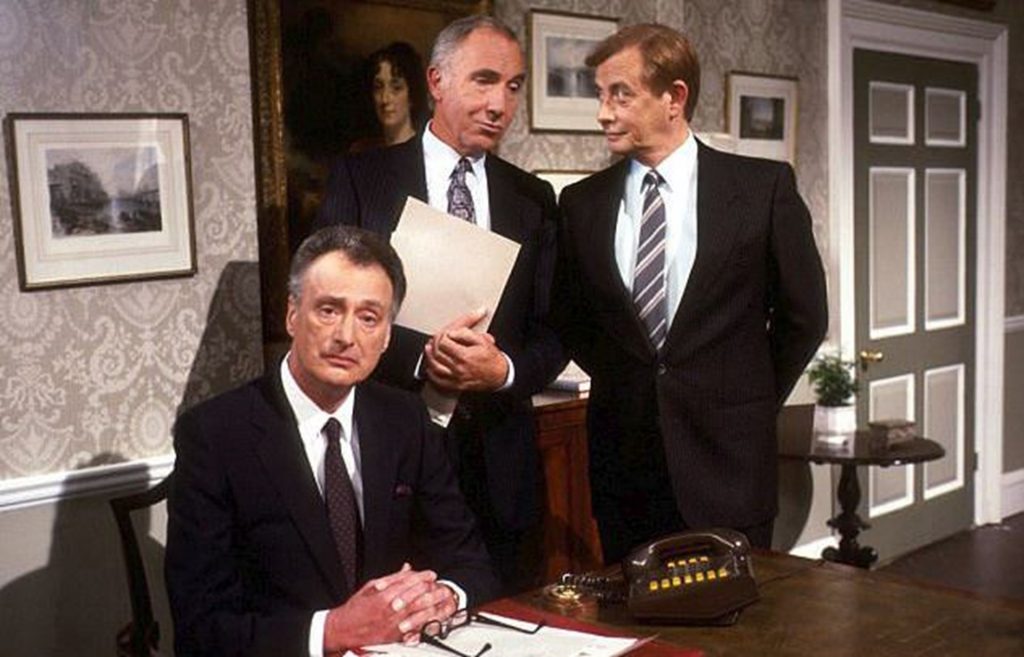 I’m Sorry Prime Minister I Can’t Quite Remember will star Simon Callow (Four Weddings and a Funeral, Shakespeare in Love, Victoria & Abdul) as the fictional former PM, who is now an octogenarian master of an Oxford College. Unfortunately, his out-of-date ideas land him in trouble with the socially aware students, so he calls his former cabinet secretary, played by Clive Francis (A Clockwork Orange, The Crown).

Lynn said the inspiration for the play stemmed partly due to the fact that ‘…people kept asking me what became of those characters.’ He told The Times he wanted to  explore ‘…what happens to people who have tremendous power and influence . . . and then have none and when they are old they are forgotten’ – as well as how they would react to a a world that has gone ‘crazy, as far as they are concerned’.

I’m Sorry Prime Minister I Can’t Quite Remember will run at the Cambridge Arts Theatre and from June 18 to 27, then head over to the Royal and Derngate Northampton, Oxford Playhouse, Cheltenham Everyman Theatre, The Lowry Salford and Malvern Theatres in subsequent weeks.