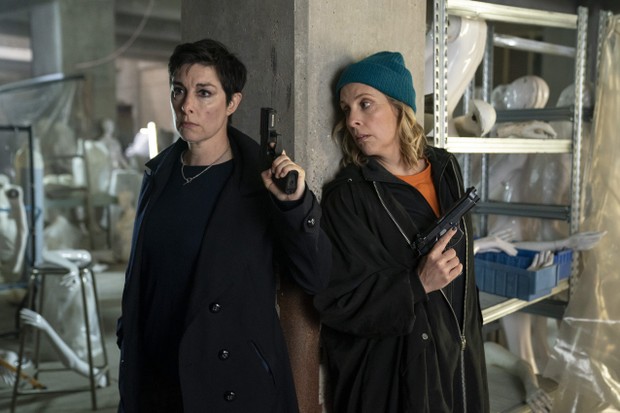 Former Great British Bake Off presenters Sue Perkins and Mel Giedroyc have swapped meringues for murder (thanks, RadioTimes.com for the perfect analogy) in new comedy series Hitmen, in which they star as unconventional ‘hitmen’, Fran and Jamie. This time around, there will be no commenting on soggy bottoms instead focusing on burying bodies and not baking.

Perkins (Fran) and Giedroyc (Jamie) play best friends – duh – who find themselves in world of contract killers to hire. The pair go on numerous adventures in their clapped-out van which is more reminiscent of the three-wheeled van owned and operated by Trotters Independent Traders in Only Fools and Horses as they attempt to carry out their latest hit, which, according to the series synopsis, “inevitably gets derailed by the pair’s frivolous bickering, and inane antics”. The weekly narrative then appears to move away from the morbid contract killing transactions to focus on struggling friendships and questions of morality. 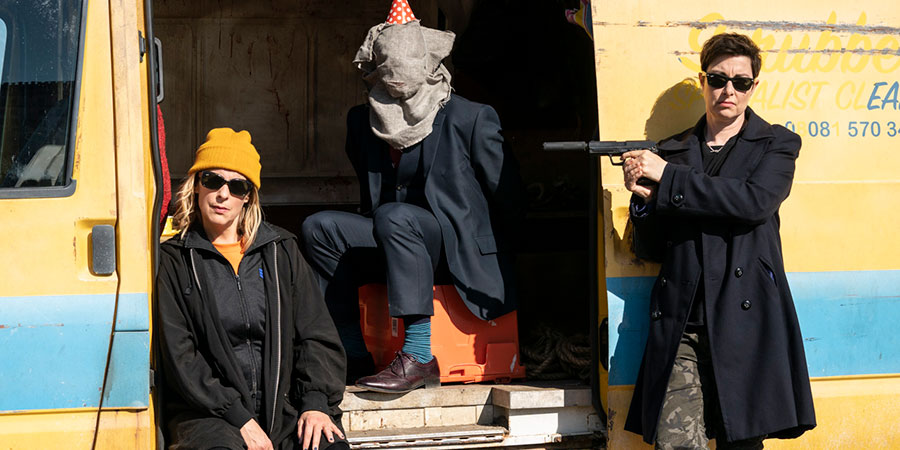 The series is filled with oddball characters whom the pair meet along the way, with a beyond brilliant list of guest-stars and recurring characters played by the likes of Fleabag’s Sian Clifford, Jason Watkins, Nick Mohammed, Asim Chaudhry and Tonya Cornelisse. As you can see, Mel & Sue are pretty charged up about the cast…

While both Sue and Mel have lent their brilliant mind palaces as frequent guests on a number of different panel shows in the UK over the years, Hitmen marks Perkins and Giedroyc’s first scripted comedy together and marks their first venture since the demise of GBBO from the BBC in 2017. Perkins has been occupying much of her time since the end of Bake-Off as a travel show presenter trekking down the Ganges and Mekong rivers where she questioned early on her involvement wondering if she got the gig because Michal Palin was busy. Her most recent effort from 2019 was Sue Perkins in Japan special which will air on some public television stations this May in America.

Hitmen, the Sky original comedy will be available from 25th March on Sky One and streaming service NOW TV