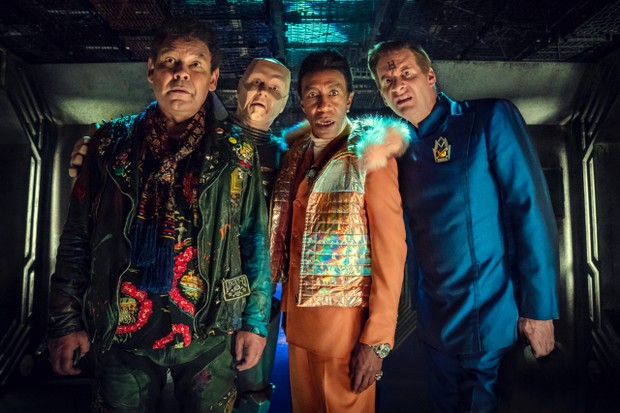 At long last, we get our first look at the return of the greatness of Red Dwarf and their new feature length special, Red Dwarf: The Promised Land, coming our way soon on Dave — the home of witty banter in the UK. While the first look trailer is only 20 seconds in length, it’s clear from the outset that things are looking pretty hairy for the occupants of the JMC ship, Red Dwarf as they’re assailed by a mighty fleet, face off with new and old enemies and try their best to save their skins — all in the span of 90 minutes!

While it’s been 12 series, 73 episodes and a mere 32 years since the series premiered in 1988, Red Dwarf wrapped production for a feature length film at the end of 2019 and is set to transmit sometime, hopefully, in April 2020 on Dave.

For those few remaining individuals that have been living under a rock for the last three decades and maybe aren’t familiar with the series, it all began a little over three million years ago as David Lister, a vending machine repairman, was sentenced to eighteen months in suspended animation for smuggling his pregnant cat aboard the mining ship Red Dwarf. While Lister remained in stasis, a radiation leak killed the rest of the crew. Safely sealed in the hold, the cats evolved into humanoid form. The cats now roam deep space in a fleet of their own… 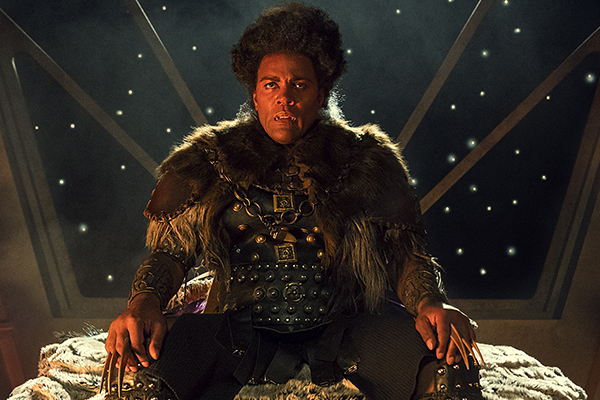 The new special will see Lister, Rimmer, Kryten (a.k.a. Service Mechanoid 2X4B-523P) and Cat meet three cat clerics, played by Tom Bennett, Mandeep Dhillon, Lucy Pearman, who worship Lister as their God. Lister vows to help them as they’re being hunted by Rodon, the ruthless feral cat leader (Ray Fearon) who has vowed to wipe out all cats who worship anyone but him.

While Dave has, so far, only announced the month of April as when the film will air, let’s hope it makes its way to public television in the States not long after.