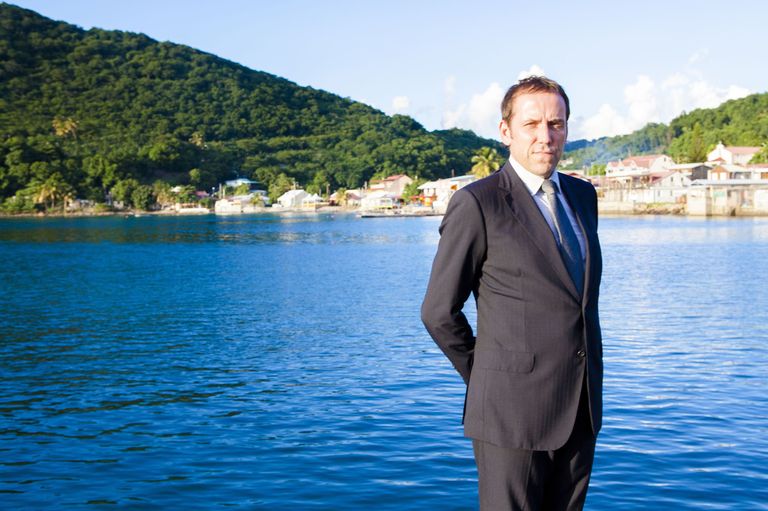 ITV has announced a new crime drama series based on the hit Belgian series of the same name, Professor T. The series will star Ben Miller (Death in Paradise, Worst Week of My Life) as Professor Jasper Tempest, genius OCD criminologist with Frances de la Tour (Harry Potter and the Goblet of Fire, Vicious) as his colorful but overbearing mother, Adelaide.

Unfortunately, possessing a brilliant mind has its drawbacks as Professor T also has several neurological disorders which make him complex and often difficult, with a very unpredictable nature. Along with his trusted colleagues Annelies and Daan, they form a team of high-powered advisors that the Antwerp Homicide Department comes to rely on.

The current series, in Flemish with English subtitles, airs on a number of PBS stations in America (including PBS Passport) as part of the Walter Presents series which is a curated collection of award-winning international drama, hand-picked by Walter Iuzzolino, a TV connoisseur who travels the globe looking for the next The Killing. Each series is presented in their original languages with English subtitles. The Belgian series stars Koen De Bouw as the eccentric criminal psychology Jasper Teerlinck, aka Professor T.

Discussing the new ITV crime drama, Walter sounded pretty charged up about the newest incarnation of the original. “Professor T is my all-time favourite detective – a tortured genius wrestling with a mystery childhood trauma. It’s a unique crime series with a core of wonderful warm characters at its heart and I am delighted to be working with our hand-picked European production team to make this for ITV and international audiences.”

The ITV remake won’t be the first outside of Belgium, however. Professor T has been remade in Germany where the crime-drama series is set in Cologne and is about an eccentric professor at Cologne University while in France, Professor T stars Mathieu Bisson.  The British Professor T will be helmed by leading Belgian director, Indra Siera, and will be filmed in Belgium and Cambridge this coming summer.