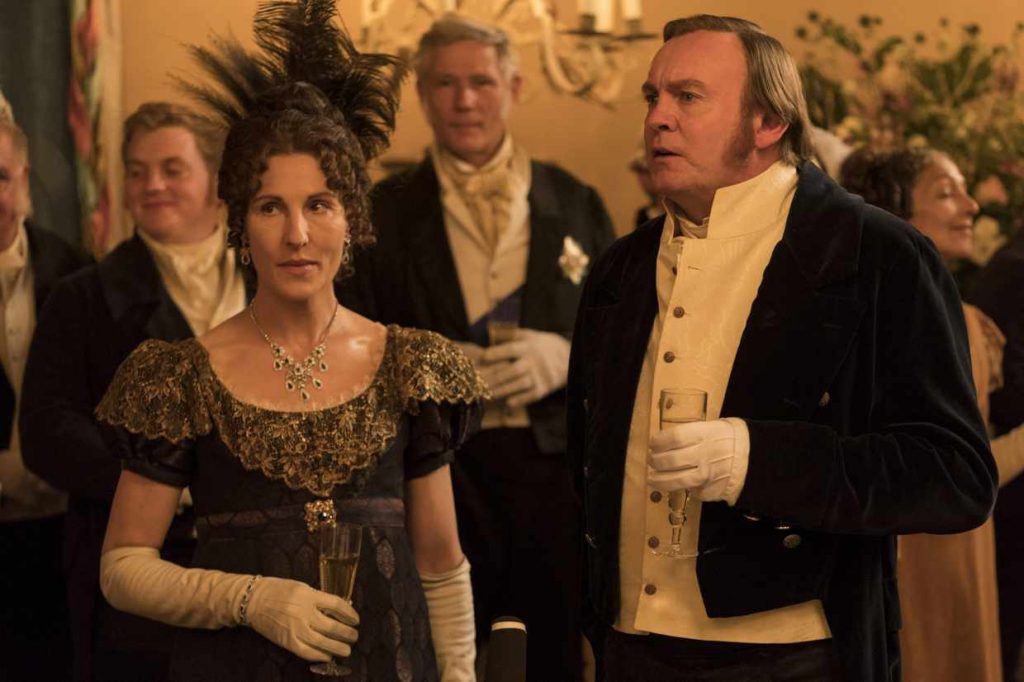 It was inevitable that Sir Julian Fellowes’ newest endeavor would be forever linked and compared to the greatness of Downton Abbey. And, given the fact that his newest effort, Belgravia, starts out with a promotional tag line of ‘secrets, sex, class warfare and corsets’ among the upper echelon of London society, it’s no wonder.

While both series explore the lavish world of the upper classes and the challenges that face the aristocracy’s old guard, Belgravia centers around the story of James Trenchard, played by Philip Glenister (Life on Mars, Ashes to Ashes, Mad Dogs), who has made his fortune from the Napoleonic Wars and has been catapulted into the most exclusive drawing rooms of the land. He’s now working with the famed architects the Cubitt brothers, who have built London’s creamy-white playground for the rich, Belgravia. Sound a bit like Sanditon sans seaside? 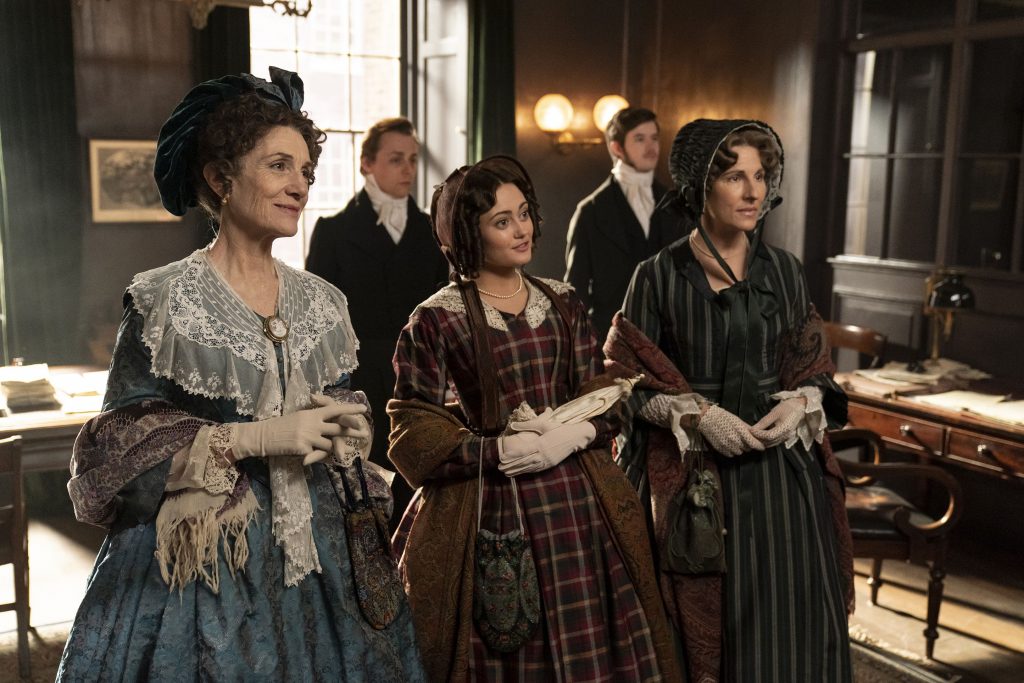 The bulk of the action in Belgravia takes place 25 years later, when the two families are settled into the newly developed area of Belgravia, London’s grandest post code. The events of the ball, and the secrets, still resonate.

As with a majority of British drama, the ensemble cast is stellar. In addition to Glennister, Belgravia stars Tamsin Greig (Episodes, Black Books), Harriet Walter (The Crown), Tara Fitzgerald (Game of Thrones), James Fleet (Vicar of Dibley, Four Weddings and a Funeral) and Alice Eve (She’s Out of My League).

Belgravia premiered Sunday night on ITV with the remainder of the series airing each Sunday at 9p. In America, the series will premiere Sunday, April 12 at 9pET/8pCT on Epix.