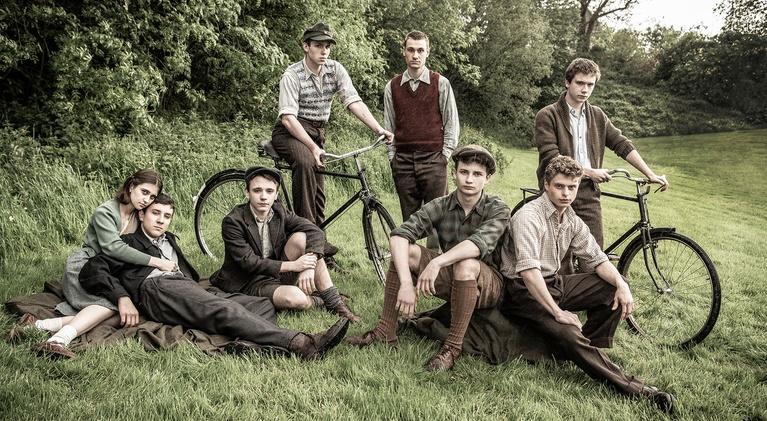 Full disclosure, I had never heard the story of the Windermere children before now. This little-told true story of the young people rescued from concentration camps and sent to Britain is not only poignant and powerful, it’s hopeful. By the end of the film, I hope everyone has a box or two (or three) of tissues handy as you’re going to need it. Trust me.

The Windermere Children premieres this Sunday at 10pET/9pCT as part of ‘Drama Sunday’ on PBS. The 90-minute feature film tells the story of child survivors of the Holocaust as they are brought to Windermere to recuperate with the help of volunteer therapists.

It was 1945 when the British government agreed to accept about 750 children rescued from Auschwitz and Belsen; 300 of them were brought to Windermere for a period of rehabilitation before being found permanent homes. Without their families, they found kinship in each other. The Windermere Children is the stark, moving and ultimately redemptive story of the bonds they make with one another, and of how the friendships forged at Windermere become a lifeline to a fruitful future.

Apart from a preoccupation with food, what the children mostly care about is finding out when the Red Cross will arrive with information about the fate of their parents and siblings. “You have forged a new family of brothers and sisters, who will be with you for the rest of your lives. Take care of one another,” one of the therapists tells them as they prepare to leave. “Be open to the wonders that life can offer.”

The Windermere Children premieres this Sunday, April 5 at 10pET/9pCT on PBS.