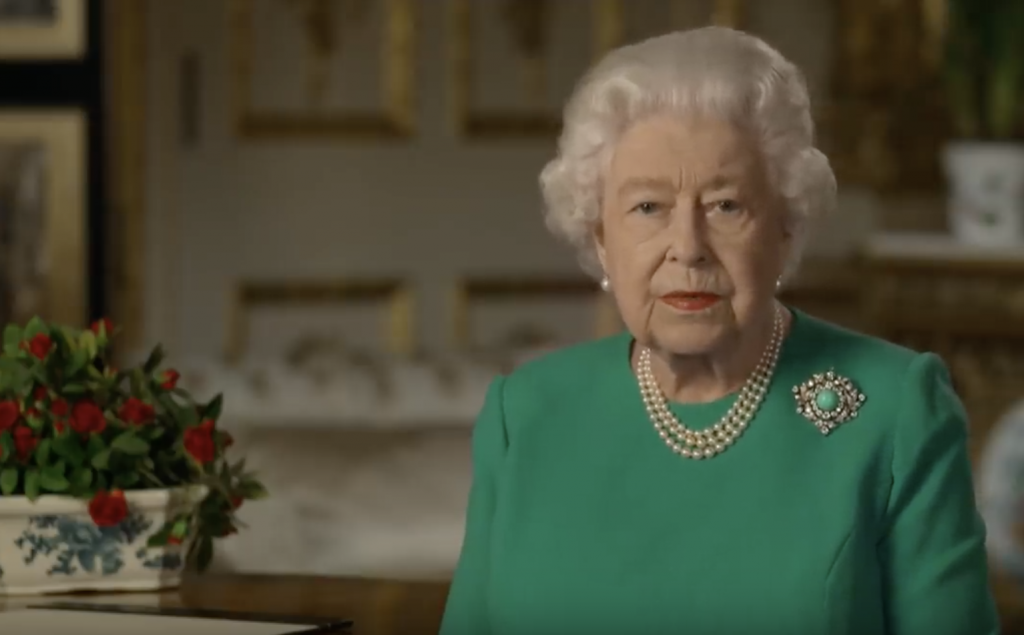 In a rare, televised national broadcast, The Queen addressed the nation earlier on Sunday to assure not only the UK but, in a sense, the entire world that ‘we will meet again’. Citing the moment in time on Thursday when all of Great Britain came together to salute the care and essential workers, The Queen paid tribute to Britain’s National Health Service who are at the forefront in the fight against the coronavirus pandemic in the UK.

Speaking from Windsor Castle, it was only the fifth time the monarch has given such a speech in her 68-year reign (February 1991, First Gulf War; death of Diana, Princess of Wales, September 1997; death of the Queen Mother, April 2002; Queen’s Diamond Jubilee, June 2012). She reminded and/or urged everyone to follow the guidance to stay at home as it was “…helping to protect the vulnerable while also sparing many families the pain already felt by those who have lost loved ones“.

The Queen drew a correlation to a time much earlier in her lifetime saying that the “painful sense of separation from their loved ones” that social distancing was causing for people reminded her of the experience child evacuees had during the Second World War.

The Queen closed her speech with a message of hope and inspiration that should serve as a reminder to us all around the globe…”We will succeed – and that success will belong to every one of us!“