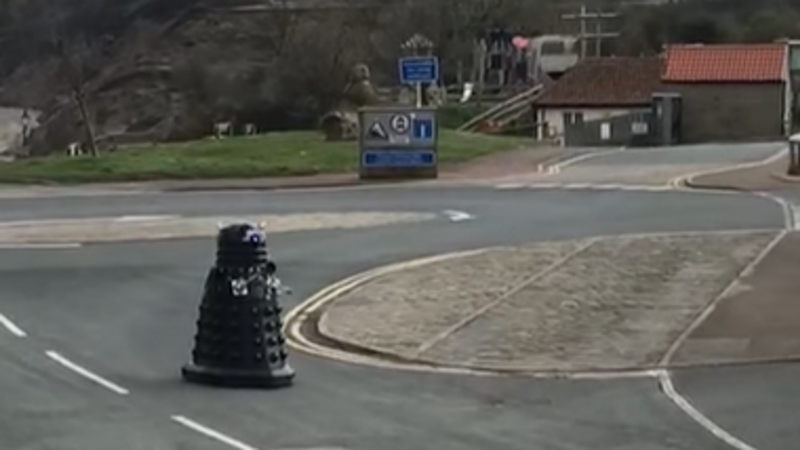 The Dalek was spotted patrolling the streets. Photo: Louise Parker/Facebook

You know COVID-19 is some serious stuff if the UK government resorts to calling out the Daleks to be the enforcer of their social distancing and self-isolation policy. The Doctor Who villain was spotted by a number of ‘sheltering at home’ North Yorkshire residents patrolling the streets of Robin Hood’s Bay, in North Yorkshire, telling residents to “stay indoors” to stop the spread of the coronavirus pandemic.

The lone Dalek ordered them: “All humans must stay indoors. All humans will self-isolate. By order of the Daleks.” The use of the Daleks were not lost on the Tayside Police Force in Scotland who distributed the viral video to the locals with the following warning, “Our colleagues in Skaro Division have deployed their Direct Action Local Enforcement Kops to ensure everyone is following guidelines about isolation and social distancing.”

Apparently, it was effective as one Twitter user wrote: “Am I the only one to feel a genuine shiver of fear watching this? As a child I would most certainly have been hiding behind the sofa. And if a Cyberman came marching down the road, that would be it, I’d be running for my life!”

Things are getting pretty serious. pic.twitter.com/OLc6egO9V5

Another Twitter user added: “I’m not going to argue with a Dalek.” I wouldn’t either!