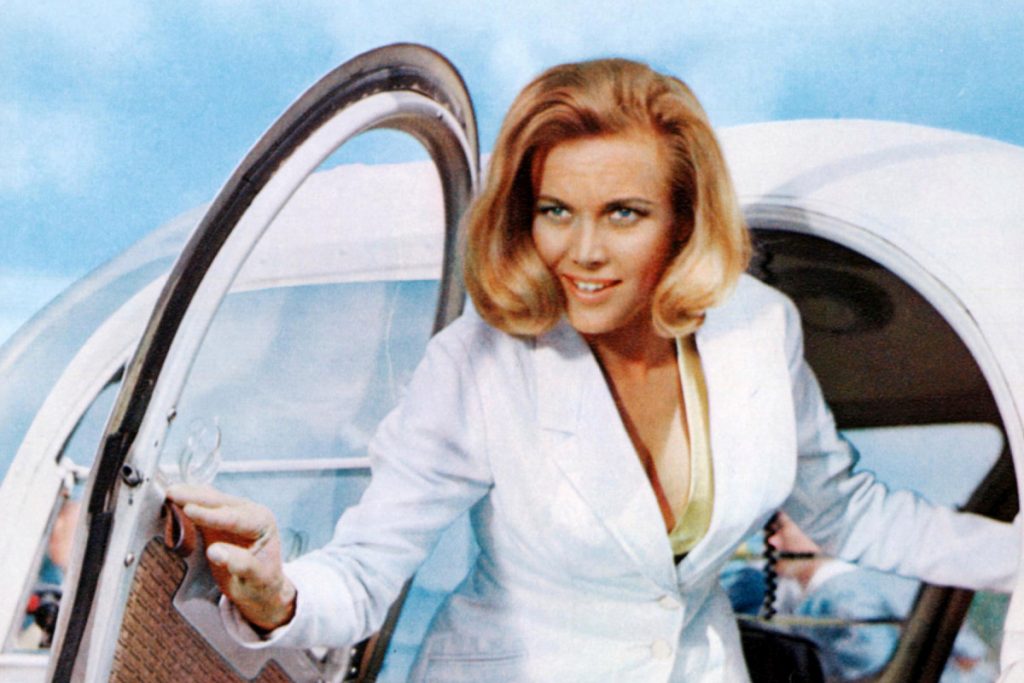 Honor Blackman, the British actress best known for portraying the James Bond girl Pussy Galore in 1964’s Goldfinger, died Sunday of natural causes at the age of 94. While Goldfinger would go on to become a massive hit in the Bond franchise, it would be the only Bond film she would appear in.

Blackman also gained notoriety as one of the leads (alongside Patrick MacNee) in the 1961 British spy drama series, The Avengers, portraying John Steed’s partner Cathy Gale from 1962-64. She left that role for Goldfinger to be replaced on The Avengers by Diana Rigg, who portrayed Emma Peel from 1965-68.

For Goldfinger, in which Blackman’s Pussy Galore character helps criminal mastermind Auric Goldfinger attempt to rob Fort Knox, Blackman learned judo for the role. The experience helped spur her to co-write the 1966 book Honor Blackman’s Book of Self-Defence, a book that, as NBC News notes, was “among the first books about martial arts aimed at young women.”

While Blackman will ‘live forever’ as Pussy Galore in Goldfinger, her career spanned an awesome eight decades. In addition to numerous film roles including Jason and the Argonauts, Shalako, The Virgin and the Gypsy, she starred in the 90s sitcom The Upper Hand, which was the British adaptation of the Tony Danza American sitcom Who’s the Boss?. Blackman appeared as the glamorous mother of Caroline Wheatley, played by Diana Weston. She said of her character, “It made women who’d just retired and felt they’d been put on the back burner realize they had a lot of life left to live.”

R.I.P., Honor Blackman. Thank you for a lifetime of commitment to your craft, your professionalism and a dedicated work ethic that will, hopefully, live on and serve as a role model to up and coming talent for years to come.