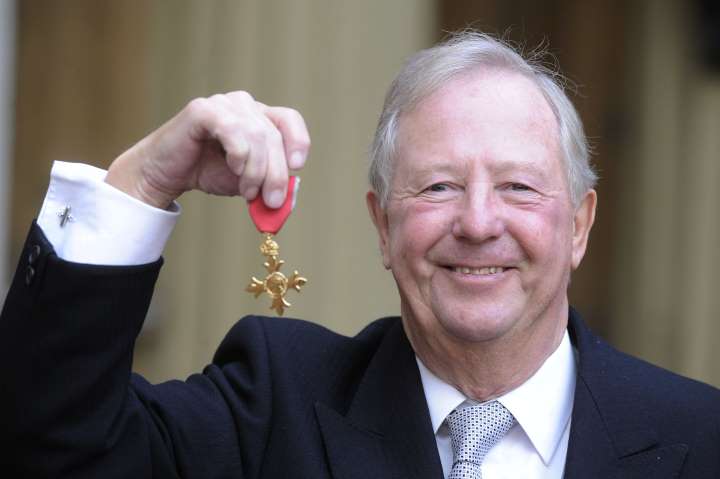 Tim Brooke-Taylor, best known as one third of The Goodies – died Sunday at the age of 79, after contracting coronavirus. Brooke-Taylor’s career spanned more than six decades with his comedic roots planted in the Cambridge Footlights Club which he joined in 1960 and later became President of in 1963.

His membership in the Footlights caused him to cross paths with not only future Goodies co-stars, Graeme Garden and Bill Oddie but future Monty Python stars John Cleese and Graham Chapman as well as Marty Feldman as well. Eric Idle recently revealed that his career was started in 1963 when he was auditioned by Brooke-Taylor for an annual comedy revue.

He moved into television in the late 60s with At Last the 1948 Show, working together with old Cambridge friends John Cleese, Graham Chapman and Marty Feldman. Their “Four Yorkshiremen” sketch has become symbolic for its satirical depiction of the Britain’s class system and North-South divide. The sketch later became a popular fixture of Monty Python‘s live shows, and was generally performed by Chapman, Eric Idle, Terry Jones and Michael Palin.

Comedian Jack Dee (Lead Balloon), the current host of I’m Sorry I Haven’t a Clue, said: “It has come as devastating news to hear that Tim has succumbed to this dreadful virus – especially when we all thought he was recovering. Tim was a delightful man and never anything but great company. It has always been one of the great joys of my career to work with someone who was part of the comedy landscape of my childhood.”

I was obsessed with ‘The Goodies’ as a child, the first comedy show I really loved. I queued up to get the Goodies’ autographs as a grown-up, and got to meet Tim Brooke-Taylor more recently at a party. I was in total awe, but he was so kind & generous. It is so sad he is gone. pic.twitter.com/wxyGpJoyIU

RIP, Tim Brooke-Taylor. Thanks for a lifetime of laughter; past, present and for years to come.