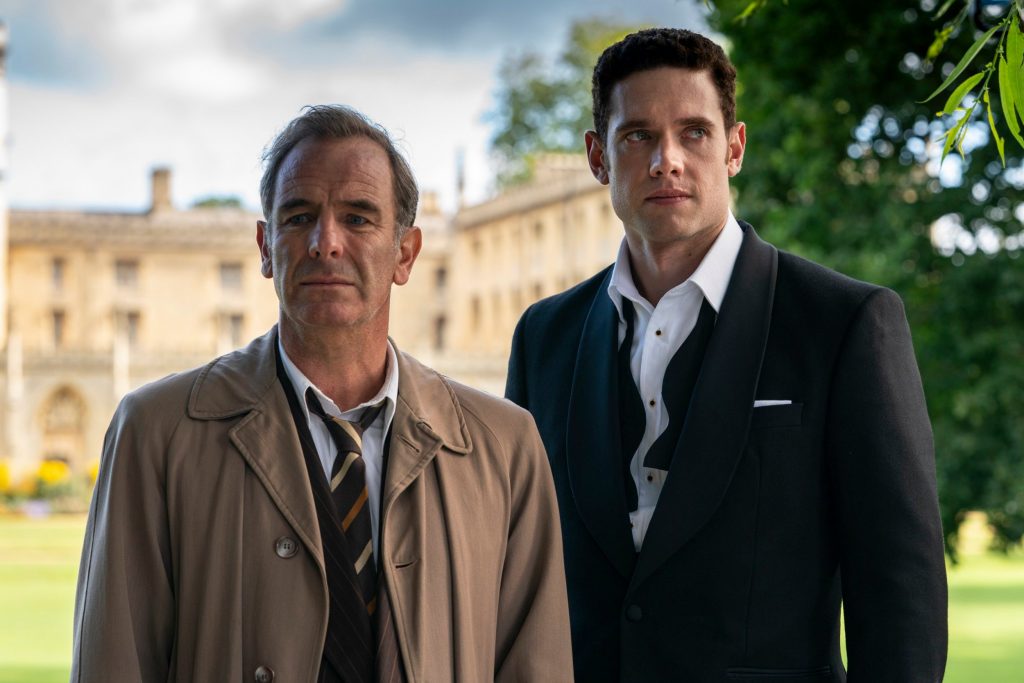 Grantchester’s DCI Geordie Keating and Reverend Will Davenport are back for more (Photo: ITV)

It seems like an eternity since Sidney Chambers (James Norton) left the friendly confines of the 1950s Cambridgeshire village of Grantchester. You might remember that early on in series 4, the Anglican vicar fell in love with a black woman involved in the Civil Rights Movement who would soon return to America. A future with her appears impossible until Sidney chooses the impossible and plans to emigrate.

Enter Tom Brittney as the Reverend Will Davenport. Davenport picks up right where Chambers left off by immediately forging yet another unlikely partnership solving crimes with the decidedly overworked Detective Inspector Geordie Keating, played by Robson Green. Once again, with DCI Keating’s methodical approach to policing meshes perfectly with the coaxing ways of the former inner-city chaplain, Davenport, to make the streets of Grantchester safe for residents to move about safely for another year.

As we get closer to the PBS Masterpiece return of Grantchester in June, the first episode of the series 5 continues to feature Will Davenport as the Anglican vicar of Grantchester. The plot centers around the students of two colleges at the University of Cambridge: a ‘prestigious all-female college’ (the real life women’s college Newnham College, Cambridge) and a fictional men’s college (filmed at St John’s College, Cambridge). Tom Brittney predicts what may be ahead for Will, Geordie and company next season. We’ll give you a hint: could it be more crime-solving, and perhaps…more romance?