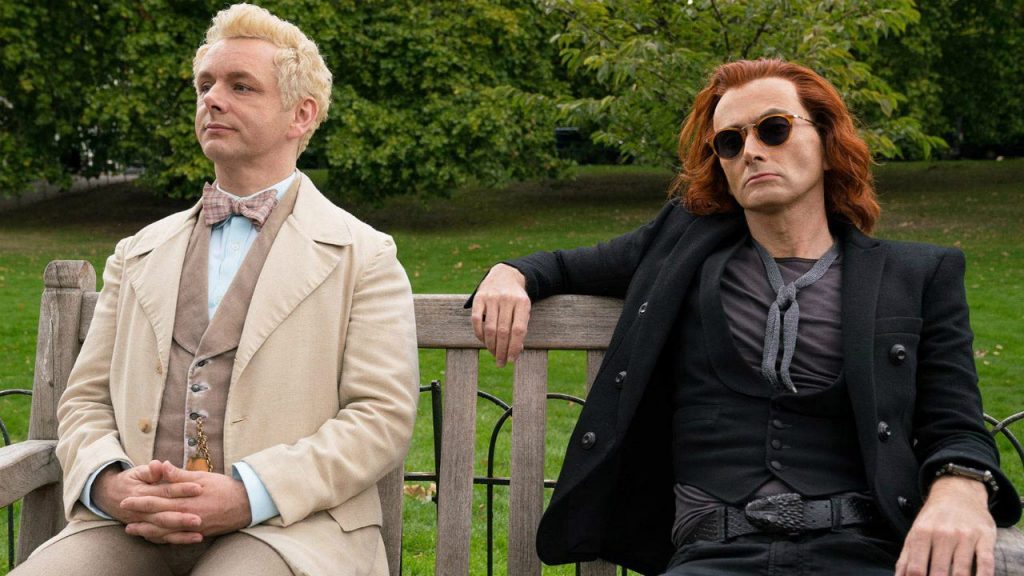 On May 1, 1990, a classic novel was born. From the brilliant mind palaces of Terry Pratchett and Neil Gaiman, Good Omens: The Nice and Accurate Prophecies of Agnes Nutter, Witch tells the story birth of the son of Satan and the coming of the End Times. The Apocalypse is near, and Final Judgement will soon descend upon the human species. Not so fast.

It seems as though the angel Aziraphale and the demon Crowley set out to sabotage the coming of the end times. While each are respectively the representatives of Heaven and Hell on Earth (Crowley was actually the serpent who tempted Eve with the apple while Aziraphale was tasked with being the guardian of the Garden of Eden), they both have grown quite accustomed to their comfortable surroundings in England.

Almost 30 years later in January of 2020, Neil Gaiman returned to the land of Good Omens to write and serve as the showrunner for the 6-part BBC series of the same name starring David Tennant (Crowley) and Michael Sheen (Aziraphale). If that wasn’t enough to get you to search this out for a day-long binge watch, the series also starred Daniel Mays (Ashes to Ashes, Line of Duty, Fishermen’s Friends, 1917), Anna Maxwell Martin (Bleak House, Bletchley Circle), Jon Hamm (Mad Men) as the Archangel Gabriel and Frances McDormand (Raising Arizona, Almost Famous, Fargo) as the voice of God. If THAT’s not enough, rest of the cast reads like a Who’s Who of the British and American acting world.

Now, on the 30th Anniversary of the original publication of Good Omens: The Nice and Accurate Prophecies of Agnes Nutter, Witch, who better to hear from during this uncertain time of ‘sheltering at home’ than Aziraphale and Crowley themselves.

Word the wise, pay attention to Aziraphale, not Crowley. Be safe everyone.