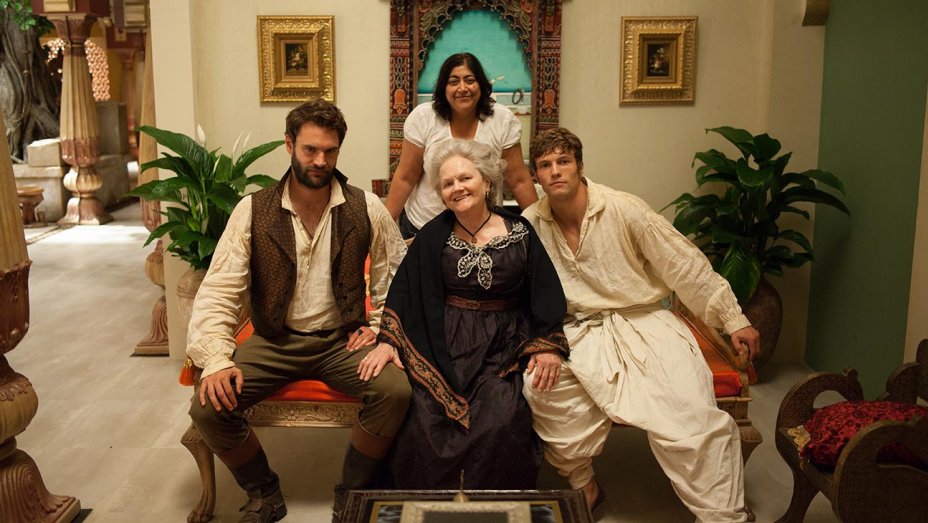 Next up in the long line of British period dramas headed your way will be Beecham House, coming to PBS beginning June 14. Created by Gurinder Chadha — the director of films including Bend It Like Beckham and Blinded by the Light — the 6-part series depicts the fortunes of the residents of Beecham House, an imposing Downton Abbey-esque mansion surrounded by acres of exotic woods and pristine lawns.

The series, set in 1795 Delhi before British rule, chronicles the lives of the Beecham family in their newly-bought house. The family is headed by John Beecham, played by Tom Bateman (Jekyll & Hyde, The Tunnel, Vanity Fair, Murder on the Orient Express), a former soldier with the East India Company who is “determined to make the house his safe haven”.

“Beecham House is a passion project that is driven by my commitment to telling diverse, emotionally engaging stories for mainstream international audiences. I am thrilled to be working with Polly Hill and ITV Drama who share my belief that period drama can be entertaining, ambitious and relevant to key issues of today,” Chadha said in an ITV press release.  “I grew up with Raj dramas like Jewel in the Crown, The Far Pavilions and A Passage To India. Beecham House is my chance to tell those stories from a British Asian perspective.”

Beecham House will premiere as part of PBS’ Masterpiece series beginning Sunday, June 14. You can see all the episodes of Beecham House now before they air on MASTERPIECE in June when you watch with PBS Passport, an added member benefit to your local PBS station.