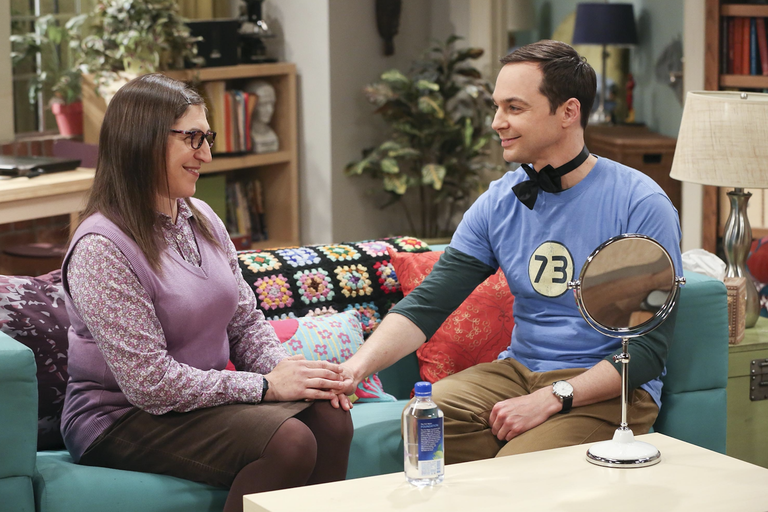 Fortunately, or unfortunately, it’s official. The new Jim Parsons/Mayim Bialik produced series, Call Me Kat, has been given the go-ahead. The Big Bang Theory stars, who played couple Sheldon Cooper and Amy Fowler, will take on the role of Executive Producer (Parsons) and star (Mialik) of their new Fox show, which is based on Miranda Hart’s brilliant BBC sitcom, Miranda.

Armed with a significant production commitment, it was given a full series order by Fox to air later this year as a midseason addition to the network’s schedule. In addition to Bialik in the title role, Call Me Kat will also star Swoosie Kurtz, Cheyenne Jackson, Leslie Jordan and Kyla Pratt. The show follows a 39-year-old woman who struggles to prove to her mother you cannot have everything you want and still be happy, and uses the money her parents had set aside for her wedding to open a cat cafe in Louisville, Kentucky.

With the recent additional casting announcement it, unfortunately, looks like Sarah Hadland’s campaign to be the “American Stevie” has ended unsuccessfully. Hadland played Miranda’s co-joke shop owner and BFF, Stevie in the British sitcom.

IMHO, Call Me Kat starts behind the 8-ball given the history of American remake attempts of British telly greatness. It’s unfortunate that a number of American streets are littered with failed attempts to remake the likes of Life on Mars, The IT Crowd, Red Dwarf, Fawlty Towers, Absolutely Fabulous, Are You Being Served?, Broadchurch, Being Human, Coupling, Men Behaving Badly and, sorry folks, House of Cards. This may be unfair, but the odds are that there’s a good chance you’ll be able to add Miranda to that list within the year.

Absolutely nothing against the top-notch proven talents of Parsons and Bialik, it’s just going to be hard to top what the likes of Miranda Hart, Sarah Hadland, Patricia Hodge and Sally Phillips brought to the table during the three series and final 2-part special series of Miranda. The original British series was based on the semi-biographical writing of Miranda Hart and followed a television pilot and the BBC Radio 2 comedy Miranda Hart’s Joke Shop.