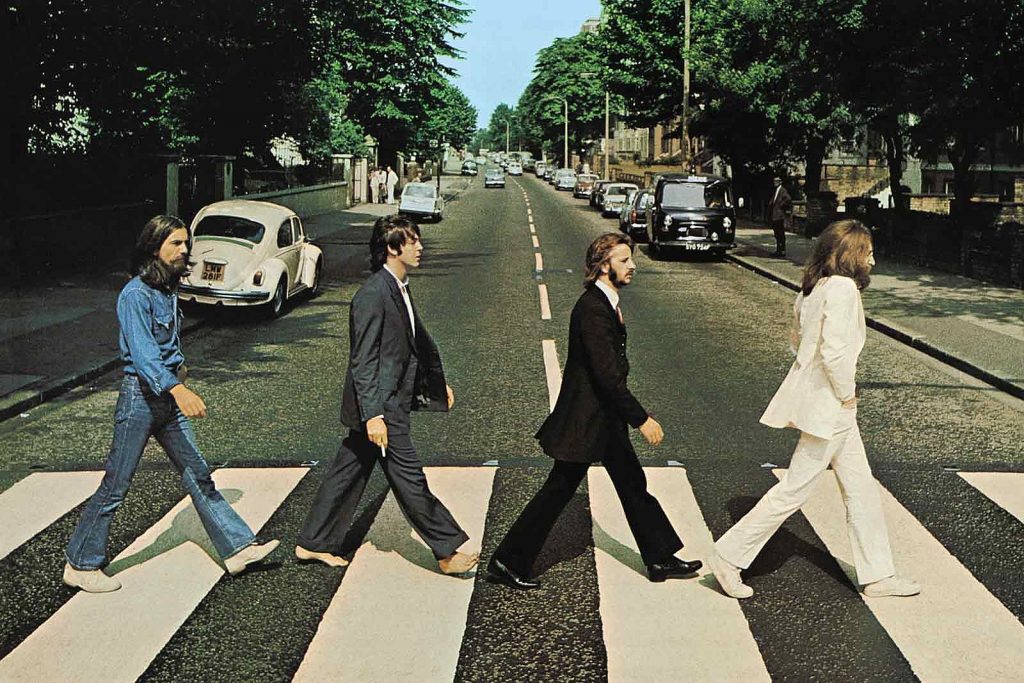 Recently, a highway maintenance crew in London took advantage of the London lockdown due to COVID-19 and gave the iconic Abbey Road crosswalk in front of Abbey Road Studios a quick makeover. The original photo which gave the famed intersection its notoriety was taken on the morning on August 8, 1969, when the Beatles spent their time walking back and forth for a photoshoot for their ‘Abbey Road’ album cover.

The portion of the street in a quiet north-west London neighborhood was designated a national landmark by the British government in 2010. Unfortunately, due to its’ popularity, rarely is it ever devoid of fans taking photos walking across the street or normal, everyday vehicle traffic. The heavily trafficked area now resembles ghost town which, no doubt, made the repainting all the more easy.

Now the streets have gone quiet, the Abbey Road zebra crossing has finally been given a much needed refresh and a new coat of paint. Many of you have been sharing your memories of visiting the crossing, so we look back at last August, when 1000s of Beatles’ fans descended onto Abbey Road, 50 years on from when the Fab Four posed on the same zebra crossing for the cover of the band’s last-recorded album.

The iconic photograph that was ultimately chosen as the album cover was the fifth of six snaps taken by photographer Iain Macmillan from a ladder on August 8, 1969. In 2019, thousands of fans thronged to the crossing to celebrate the 50th anniversary of the shoot. Over 300,000 fans make the trek annually to visit the site every year.

No wonder it took a lockdown to finally get a fresh new makeover. Thankfully, a cover such as this didn’t need to be photographed today as I’m not sure it would adhere to social distancing requirements.