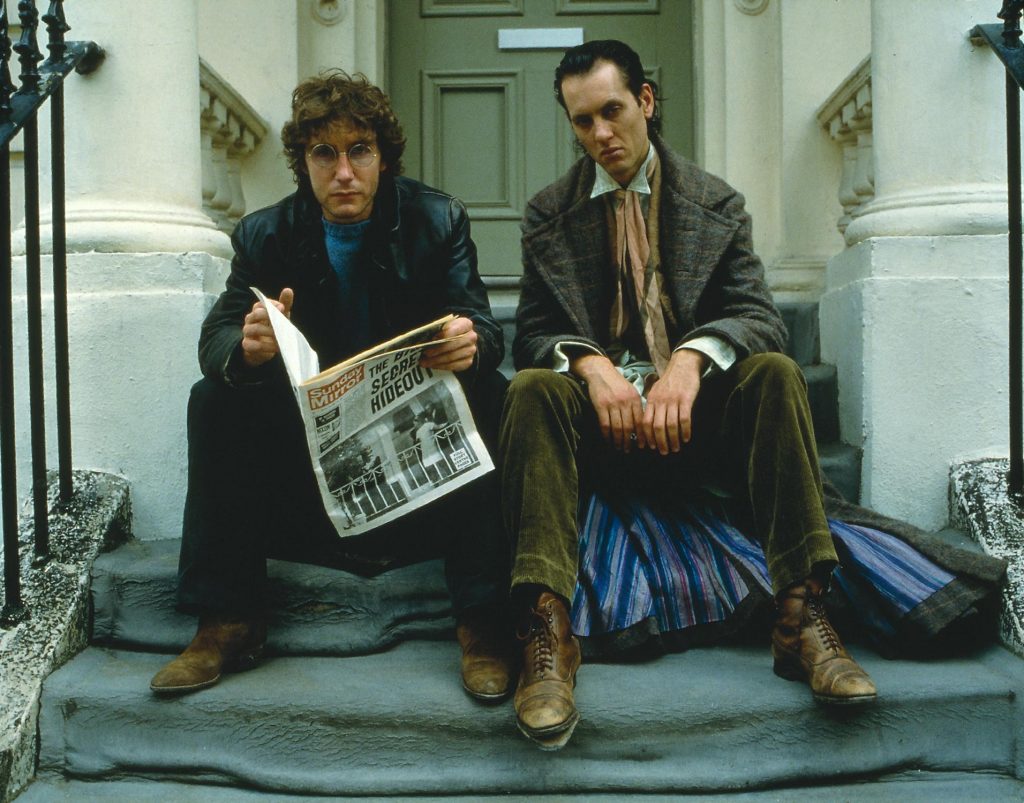 WITHNAIL AND I Withnail Marwood on steps – signature shot

Another gem is headed to public television stations beginning in June courtesy of American Public Television. This one touches all the bases for me as it involves both the Beatles AND Monty Python!

An Accidental Studio: The Story of Handmade Films tells the tale behind musician George Harrison’s HandMade Films, the small British production company behind such maverick hits as Life of Brian, The Long Good Friday, Time Bandits, Mona Lisa, and Withnail and I.

Featuring footage of Harrison himself, as well as exclusive interviews with Monty Python members Michael Palin and Terry Gilliam, actors Richard E. Grant and Bob Hoskins, and screenwriter Neil Jordan, An Accidental Studio explores HandMade’s baptism by fire, the risks it took in producing uniquely crafted films, and the many revealing stories behind its productions. 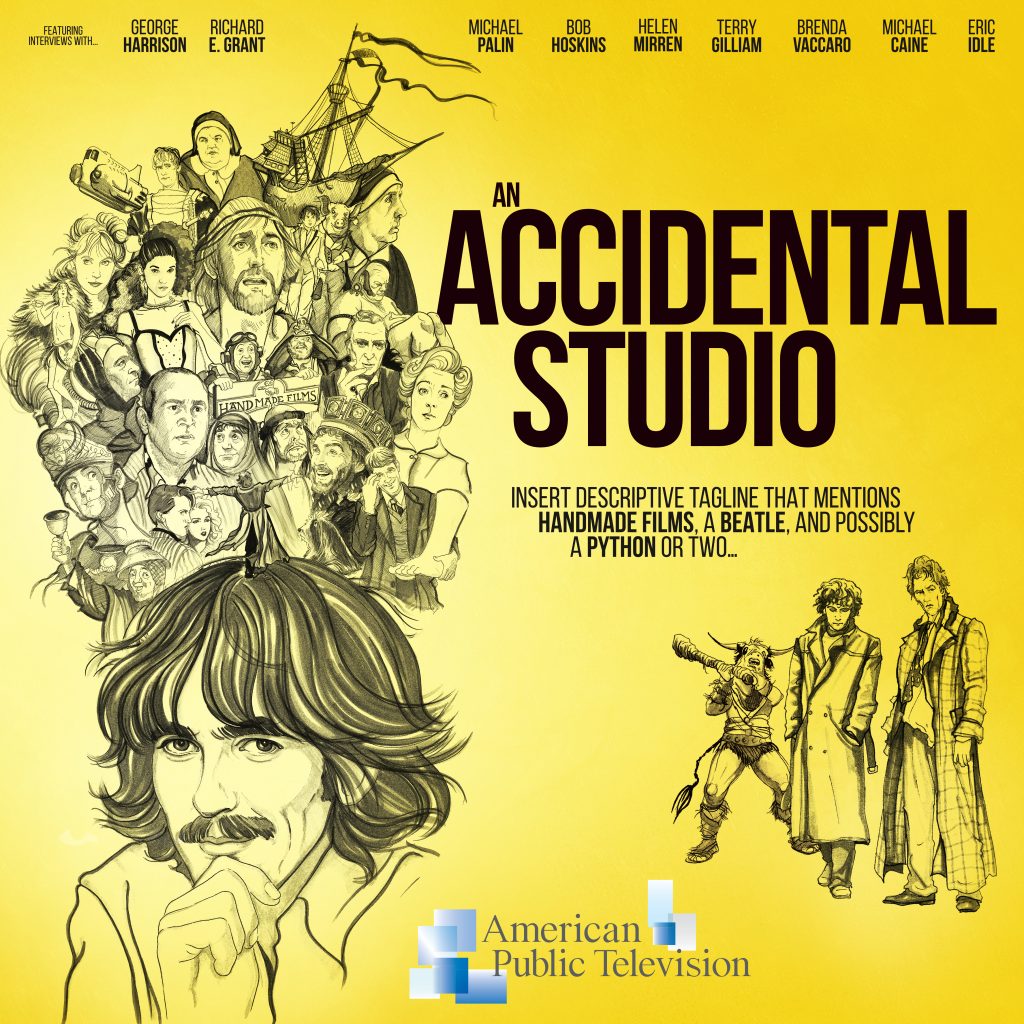 In the days leading up to the formation of HandMade Films,  Harrison provided the financing for the Terry Jones directed, Monty Python film, Life of Brian. Harrison, a friend and fan of the Pythons, mortgaged his home in order to finance the feature which prompted original Python, Eric Idle, to later call it “the most anybody’s ever paid for a cinema ticket in history”. Having credited the Python’s humor for saving his sanity whilst he was a Beatle, Harrison felt like it was time to return the favor.

The first film ‘produced’ by HandMade Films was another semi-Python project, Time Bandits, which was a co-scripted project by Terry Gilliam and Michael Palin. Overall, Harrison served as executive producer for 23 films with HandMade, including the above mentioned Mona Lisa, Shanghai Surprise and the greatness of Withnail and I, starring Richard E. Grant.

An Accidental Studio: The Story of HandMade Films premieres this month on most public televisions nationwide.