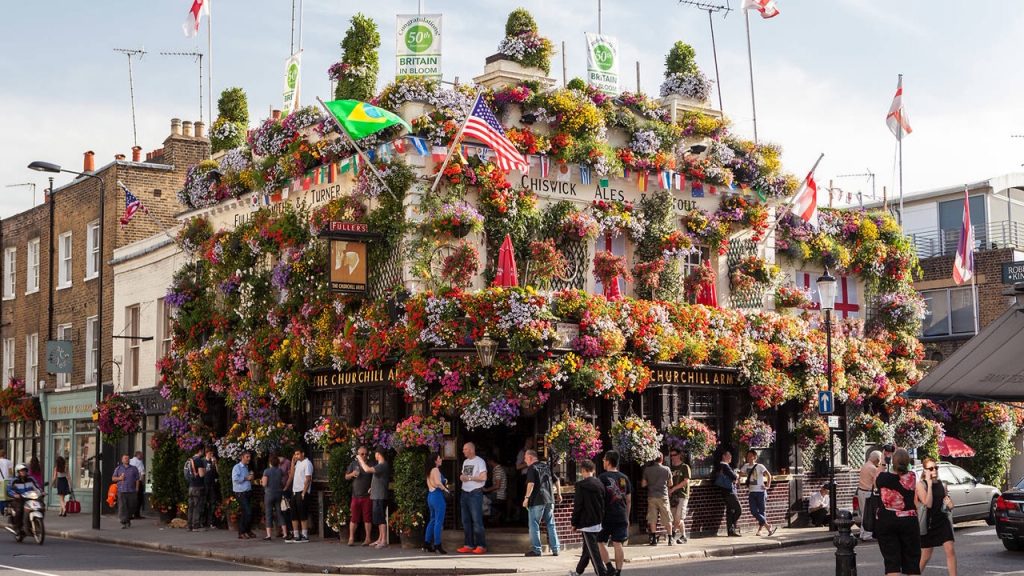 As Planet Earth begins to slowly emerge from almost 3 months of ‘sheltering at home’ and, if you’re like me, you find yourself wanting to travel more than ever and living in the ‘you can’t travel so all you want to do is travel’ nightmare.

As airlines and hotels attempt to get back to where travelers are feeling comfortable with flying and safely staying away from home, it’s amazing how London has been calling me on a daily basis ever since it really wasn’t smart to hop on a plane and stay in a hotel for fear of either catching or spreading the coronavirus.

So….I thought I would quickly look back at a few really enjoyable trips to the UK and relive them virtually until such time that we’re all ‘back to normal’ headed to our ‘local’, whatever normal looks like in the not-too-distant future. Travel was so easy back then…all museums were open, you could go to a pub without worrying if everyone was wearing a mask, the House of Commons were only discussing this bizarre concept of ‘Brexit’ and

I knew this would happen. First day back on U.S. soil from a jam-packed two weeks in the UK for the 2016 BBC Showcase in Liverpool and I find myself wide awake and it’s just a bit shy of 4:00am local time. Guess it makes sense considering it’s almost 10:00a London time which is what I’ve been on for two weeks now. While there are too many highlights to bore you with all in one lengthy read here are a few of the true bits worth sharing that occurred over the last couple of weeks.

The week in Liverpool for the BBC Showcase was, once again, nothing short of perfection. So many brilliant program possibilities to bring back to the States for public television broadcast. The best and most exciting was the opportunity to screen “Maigret Sets a Trap”, the first episode of the forthcoming new series of Maigret starring Rowan Atkinson as French detective, Jules Maigret. Set in 1950s Paris and adapted from the Georges Simenon novels, the film is visually stunning and Atkinson is brilliant. 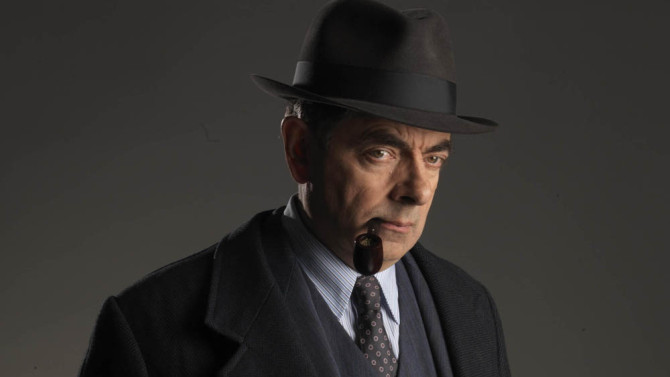 After a week-long binge watching marathon of BBC program offerings from comedy to drama to factual to natural history, it was off to London for a few days to visit the land of great telly. First up was Borough Market, London’s most renowned and only independent food market filled with the most amazing array of British and international food offerings. 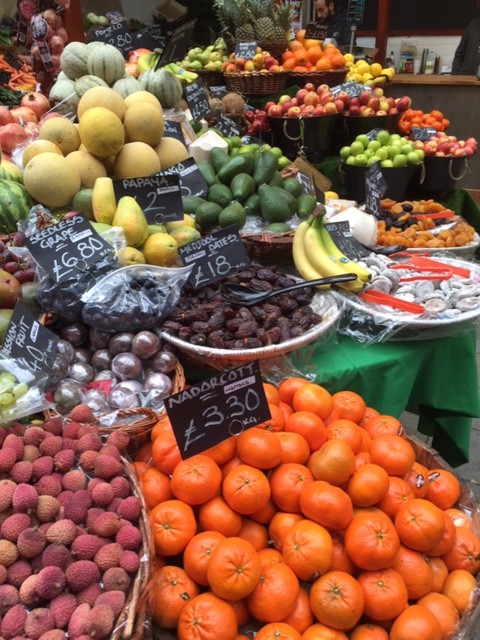 What would a visit to London be without a visit to one of the all-time classic bookshops, Foyles on Charing Cross Road. The association of Foyles and the PBS series, Foyles War, is well-documented so this seemed like a must. 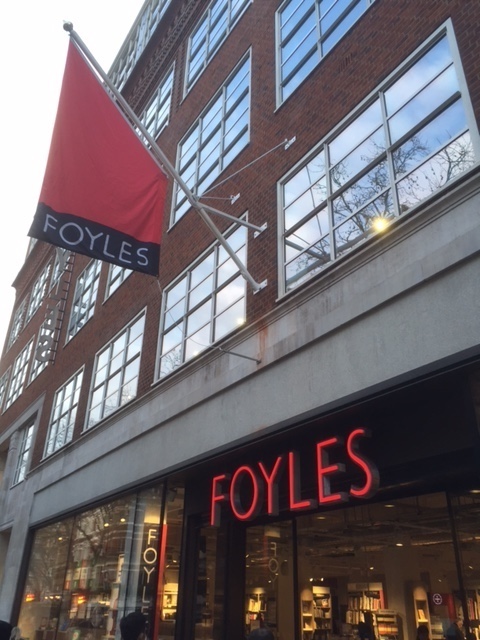 Possessing the best museums outside of, perhaps, only Paris, it was time to head over to the Royal Academy of Arts for the Painting the Modern Garden: Monet to Matisse exhibit which was breathtaking. Through the eyes of Impressionist, post-Impressionist and Avant-Garde masters, the once-in-a-lifetime exhibit examined the role that gardens played in the evolution of art from the 1860s to the 1920s, featuring masterpieces from the likes of Monet, Renoir, Cezanne, Pissarro, Manet, Sargent, Kandinsky, Van Gogh and Matisse! 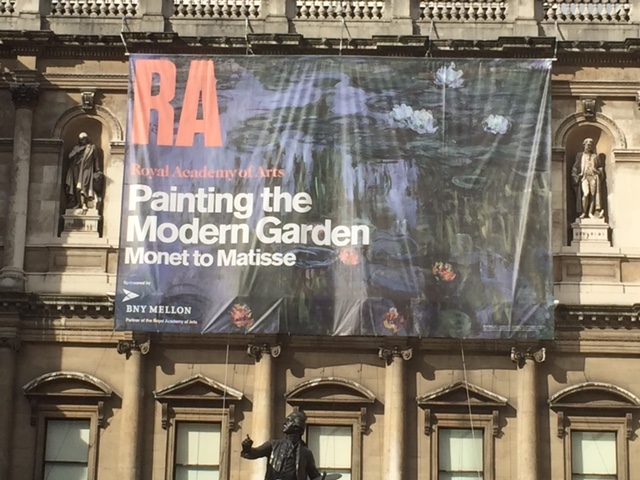 Up next, it was over to Mayfair for a little music history than spans several hundred years for a visit to the Handel and Hendrix House Museum. The first two floors comprised the home of German-born baroque composer George Frideric Handel in the mid-1700s while the upper floors of the neighboring property on Brook Street was the home of rock guitarist Jimi Hendrix in 1968–69. 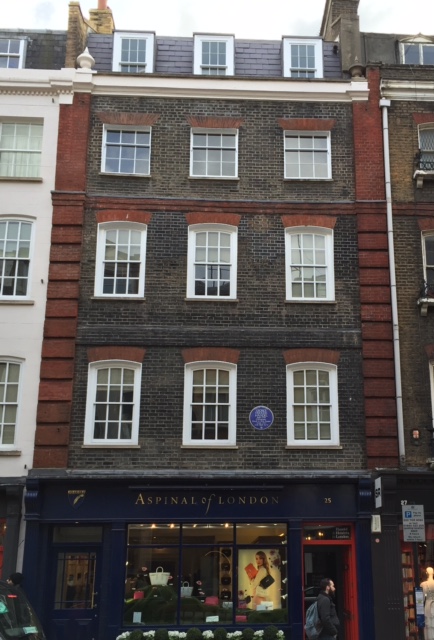 With the sun beginning to set, it was over to Parliament to get a better understanding of what has to be on the mind of every UK resident at the moment and a nighttime visit to the House of Commons to listen to the debate surrounding the UK referendum that centers on Great Britain leaving the European Union (EU). In a word, fascinating…and, civil. Ok, that’s two words. 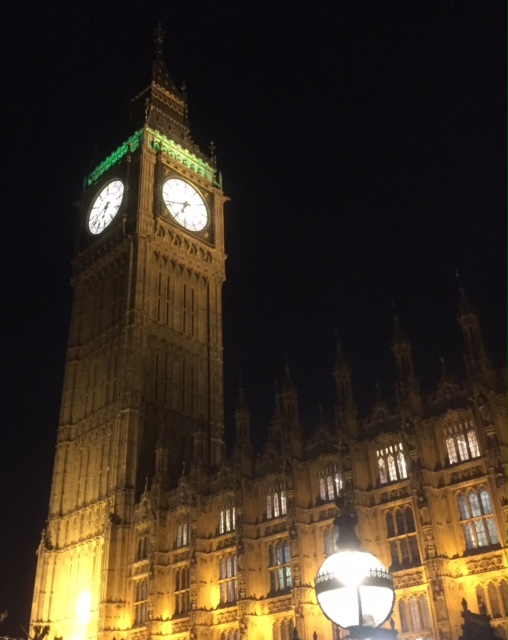 Finally, saving the best for last, our brush with English greatness on the streets of London as we briefly crossed paths with a name and face more than familiar to all Anglophiles around the world. Johnny Worricker himself, Bill Nighy. Getting the opportunity to briefly exchange a few words with one of the greats of Planet Earth’s acting community was priceless. Aside from the obligatory moment to simply thank him for what he does, I did feel compelled to try and quantify into words just how much I think of his work by saying that I would happily pay to hear him read the phone book. Crazy as it sounds, yes, I actually did say that to him. His response? “How very kind. That means a great deal. Thank you so much”. That was enough for me. Not wanting to intrude any further, I decided to leave it at that and the thought of asking for a photo would have spoiled the moment. That said, I did feel the need to forever record the brush with greatness as he walked away. 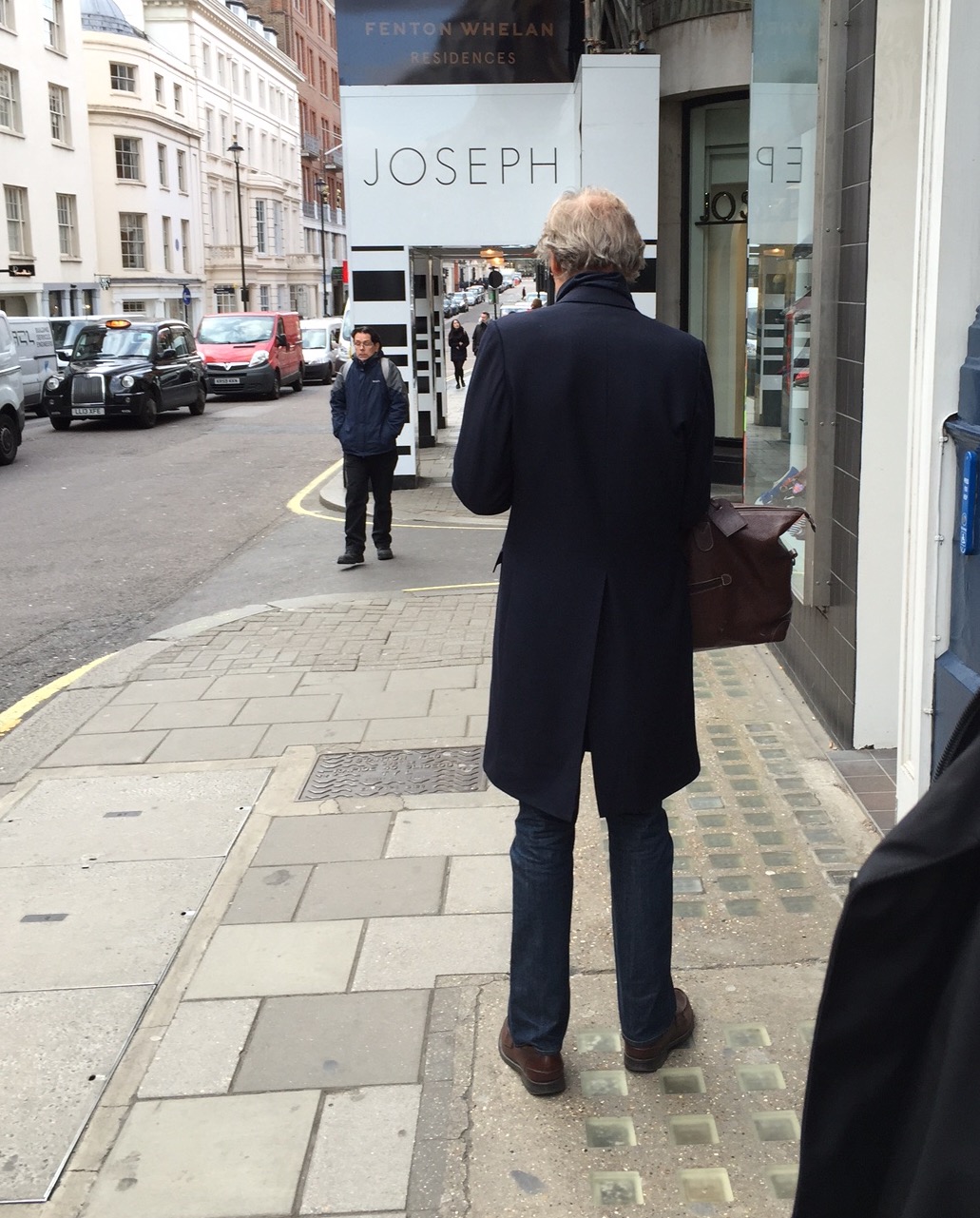 In between, there was an overabundance of most excellent food. Some may remember that there was a time, not that many years ago, where you’d be laughed at for saying ‘London’ and ‘excellent food’ in the same sentence. Definitely not the case anymore. With that, the book is closed for another year on what has become a very important resource to bringing back quality British television to PBS stations across America. I hope you’ll like what’s coming your way in 2016-2017, starting with Maigret, obviously.

And, with hopes of being able to visit museums not only in the UK but across the world soon along with going to Farmer’s Markets, pubs and, of course, wishing all of our favorite British mysteries will be returning to production soon.  Be safe and healthy, everyone.