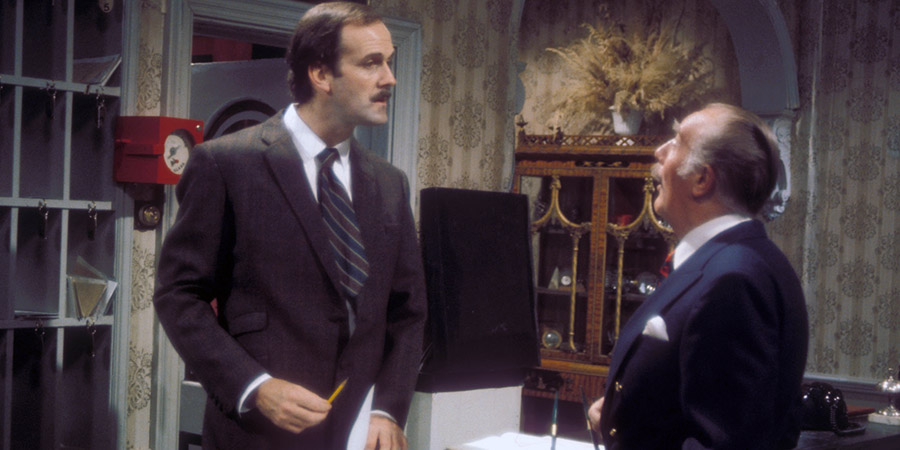 On the heels of the removal of The Mighty Boosh, Little Britain, Come Fly with Me and The League of Gentlemen from Netflix, BBC iPlayer and Britbox, comes the announcement by catch-up and streaming platform, UKTV Play, that they will immediately remove “The Germans” episode of what has long been considered the greatest television comedy series in existence, Fawlty Towers. While the remaining eleven episodes will still be available, at this point, no one knows if we’ve heard the last of the classic catchphrase line from the episode, “Don’t mention the war“.

Originally broadcast on Friday 24th October 1975 as the last episode in the sitcom’s first series, it is perhaps the most well-known episode of the comedy which centers around a German family arriving to stay at the hotel run by Basil and Sybil Fawlty. During the episode, Basil receives a blow to the head and when his last iota of restraint and decorum is lost he berates the Germans with a slew of undiplomatic quips about the Second World War ending in his goose-stepping around the building in a mad, concussion-induced daze. 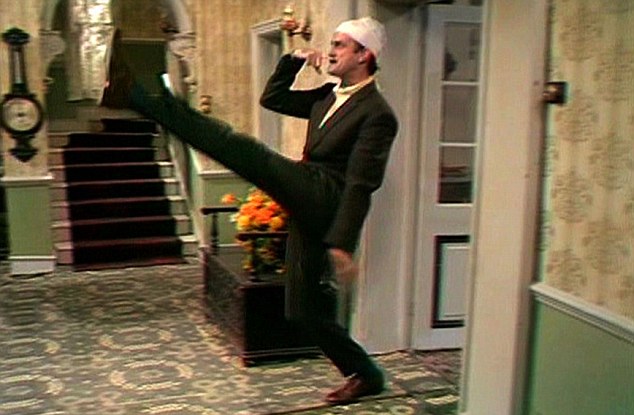 While series like The Mighty Boosh, Little Britain, Come Fly with Me and The League of Gentlemen were removed due to sketches or storylines featuring white actors appearing in blackface, according to a UKTV spokesperson, in the case of Fawlty Towers, the removal of the Germans episode has more to do with the racial slurs and other offensive terms used by Major Gowen, the hotel’s elderly resident played brilliantly by Ballard Berkeley, in relation to a cricket match. There was, however, no mention or reference of Basil’s repeated berating and mocking of the German guests with endless culturally insensitive jokes as reasoning for the removal.

This isn’t the first time that “The Germans” episode has faced a detailed review by a broadcaster. BBC2 removed the offensive language in question when it was repeated early on a Sunday evening back in January 2013. “Public attitudes have changed since it was made and it was decided to make minor changes, with the consent of John Cleese’s management, to allow the episode to transmit to a family audience at 7.30pm on BBC2″, said a BBC spokesperson.

The Fawlty Towers episode may not be the last series to come under scrutiny as both Gavin & Stacey and Ant & Dec have come under fire recently for offensive material.