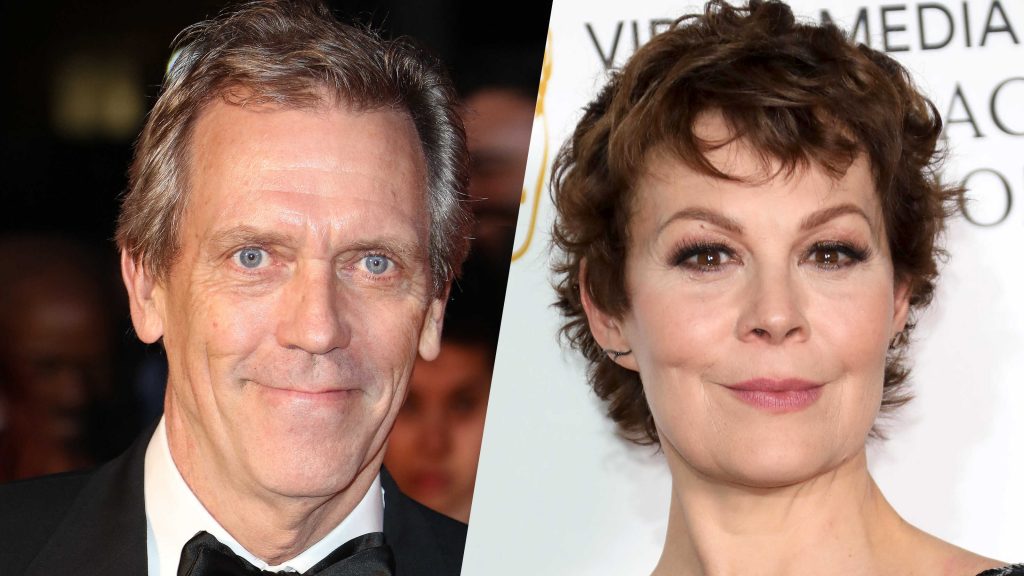 According to PBS Masterpiece producers, Roadkill is about Peter Laurence (Hugh Laurie), a self-made Conservative minister who “embodies the fictional future of the Conservative party. Described as ‘forceful and charismatic’, Peter’s public and private life seems to be falling apart – or rather is being picked apart by his enemies.

As the personal revelations spiral, he is shamelessly untroubled by guilt or remorse, expertly walking a high wire between glory and catastrophe as he seeks to further his own agenda while others plot to bring him down. However, events show just how hard it is, for both an individual and a country, to leave the past behind. With enemies so close to home, can Peter Laurence ever out-run his own secrets to win the ultimate prize?

McCrory will play Tory Prime Minister Dawn Ellison, a conservative leader who is barely clinging to power. In a recent interview with The Daily Mail, creator/writer Hare was quick to comment that McCrory’s PM isn’t meant to be a carbon copy of either Margaret Thatcher or Teresa May.

“Unfortunately, we’re so short on role models of a woman prime minister that people will think it’s one of the two, but I promise you it’s neither.” He added that Roadkill is about ‘the future of the Conservative Party but after Brexit’ while, at the same time, insisting that the series is ‘not remotely about Boris Johnson, Theresa May or Brexit’ and ‘is not in any way based on real people’.

Piers Wenger, Controller of BBC Drama said: “Roadkill is a thriller which explores the relationship between personal morality and political power.” It’ll be nice to be able to watch a political thriller that is fiction for a change.

Roadkill will make its way to PBS Masterpiece beginning Sunday, November 1 at 9pET/8pCT.