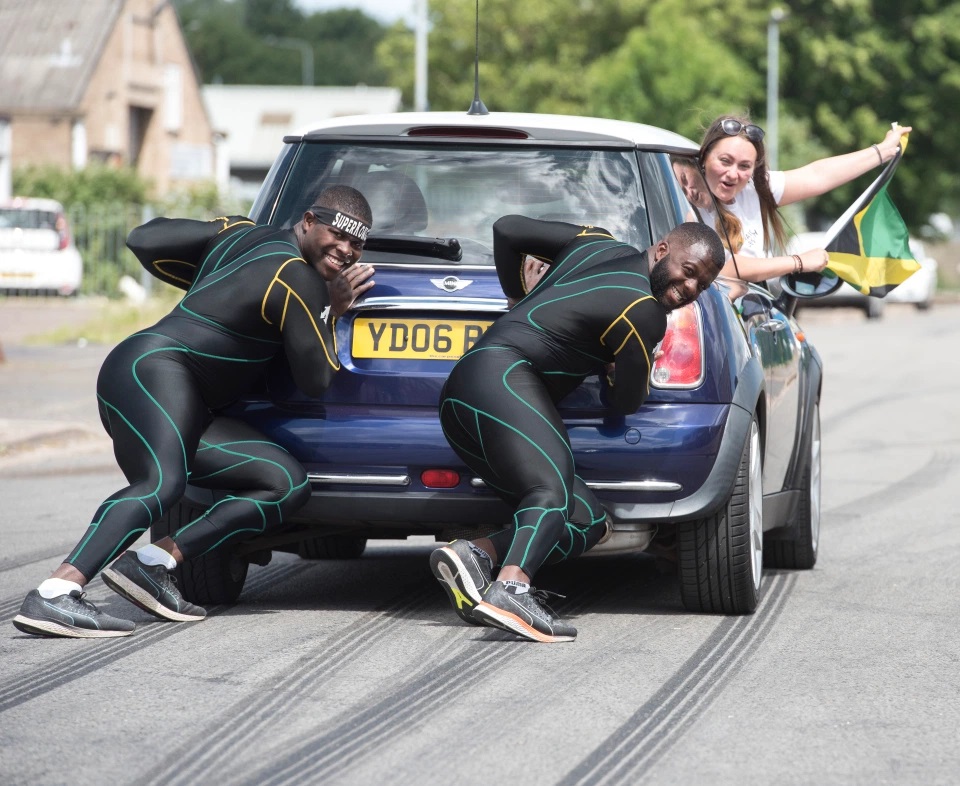 L/Cpl Stephens, right, who is part of the Jamaican bobsleigh team, told the monarch he has been training by pushing cars during lockdown. Photo Credit: Andrew Styczynski – The Sun

The Queen was most amused after hearing about an RAF gunner’s unusual lockdown exercise regimen during her second official virtual royal engagement via Zoom.

Corporal Shanwayne Stephens, of the Queen’s Colour Squadron and member of the Jamaican bobsleigh team, was one of three military personnel who spoke to the monarch last week as she heard about the work they were carrying out at home and overseas as the coronavirus pandemic continues.

The Queen, sign-in name on the screen was “Windsor UK”, had replied ‘Gosh. Sounds a very dangerous job‘ when Lance Corporal Stephens told her he was the pilot of the Jamaican bobsleigh squad.

Corporal Stephens told the Queen how he had resorted to pushing a car up and down the streets in an effort to keep fit and train during lockdown. The monarch who was surprised to hear of the unusual method gave a chuckle and remarked ‘Oh‘. Her majesty laughed and added: ‘Well I suppose that’s one way to train.‘

Her conversation with Lance Corporal Stephens came as the Queen held a video call from Windsor Castle with members of the Armed Forces based across the globe.

After all was said and done, I’m not sure The Queen was only one that was amused. L/Cpl Stephens said afterwards: “She had a big smile on her face when I said about pushing the car. I think she was quite impressed with that.”

Asked if the Queen had backed his bid to compete at the 2022 Beijing Winter Olympics, he laughed and replied: ‘I’ll have to send her a T-shirt.‘