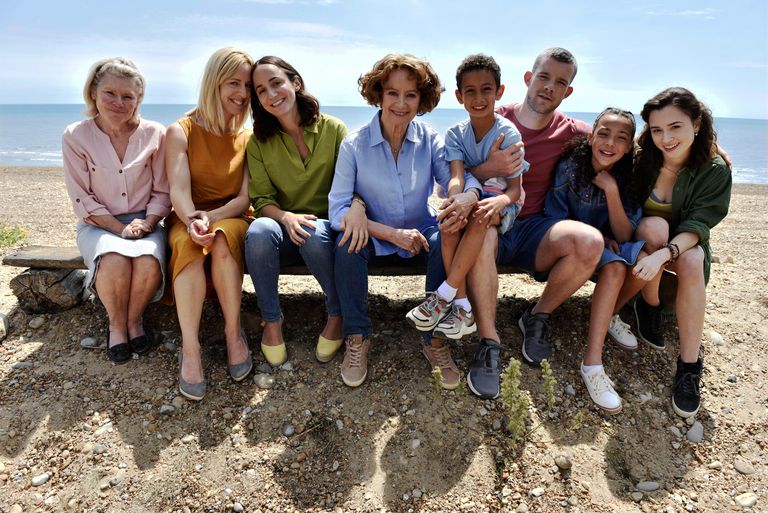 Lust, greed, wrath, envy, and pride are just a few of the deadly sins that plague a seemingly happy family in the forthcoming mystery-thriller, Flesh and Blood. Imelda Staunton (Harry Potter, Psychoville, Vera Drake, The Crown) and Francesca Annis (Reckless, Cranford, Home Fires) star in a juicy mystery about the perils of late-life romance. 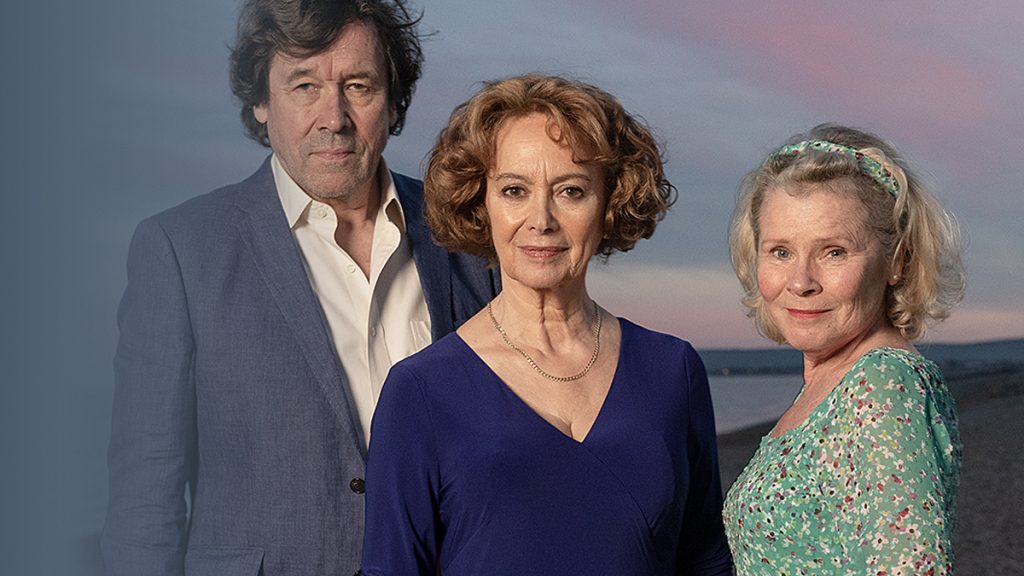 As the story goes, recently widowed Vivian (Annis) is nearing her 70th birthday, is swept off her feet by GP Mark (Rea), then puts her children (Blakley, Tovey, Leonard) on the back burner and begins to question the past and the happiness of her 45-year marriage. Cue the family shockwaves…

Staunton stars as the inquisitive 40+ year next-door neighbor with David Bamber (Valkyrie, Doctors, The Bourne Identity) the detective who tries to work out whether an unfortunate incident was an accident or a heinous crime. “A brilliantly intense crime thriller,” judged the London Daily Mirror.

Flesh and Blood premieres on Sunday, October 4 at 9pET/8pCT on PBS Masterpiece.