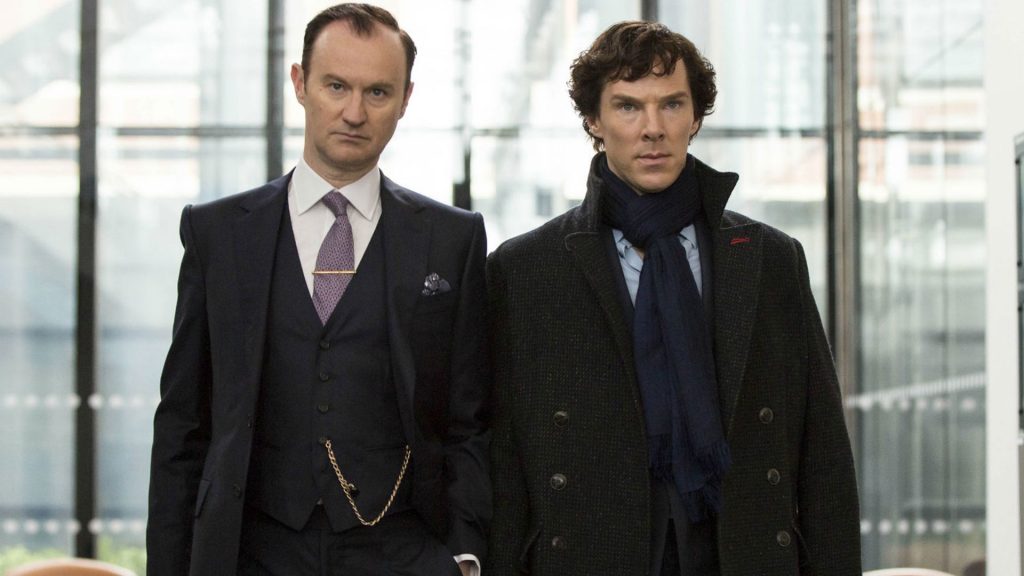 25 July, 2010 was a day that shall live in telly infamy. It was 10 years ago today that one of the best television series ever, bar none, was born. Sherlock, starring Benedict Cumberbatch and Martin Freeman, was the creation of the mind palaces of Steven Moffat and Mark Gatiss. Much like its comedic country counterpart in television greatness, Fawlty Towers with only 12 episodes, it’s hard to believe there are only 13 episodes of Sherlock that exist.

These 13 episodes (4 series of 3 and 1 New Years Day special) were nothing short of brilliant television. For Holmes fanboys like Moffat and Gattis, it was like creating 13 full-length feature films over the span of 7 years. In true Mycroft fashion to mark the anniversary and with more than just a hint of disdain in his voice he wishes his baby brother a happy 10th anniversary. Recorded during the Covid-19 lockdown or, as Mycroft describes it…paradise, this only makes me want to binge watch all 13 episodes in the not-too-distant future! He begins….

“It has come to my attention that it is ten years since a highly fictionalised account of my brother’s adventures was brought to the screen. This was a mistake,” Mycroft says. “Detection is or should be an exact science, and should be treated with the same cold and unemotional manner,” he continues. Then, this is where it’s really vintage Mycroft.

“These programs have attempted to tinge it with romanticism, which has rather the same effect as if one were to work a love story or an elopement into the fifth proposition of Euclid. However, in their defence, the one who plays me is very handsome. Some of us have re-read Proust during lockdown, or learnt another three languages, but if you choose to vegetate on the sofa watching the television, that is entirely your concern,” Mycroft concludes.