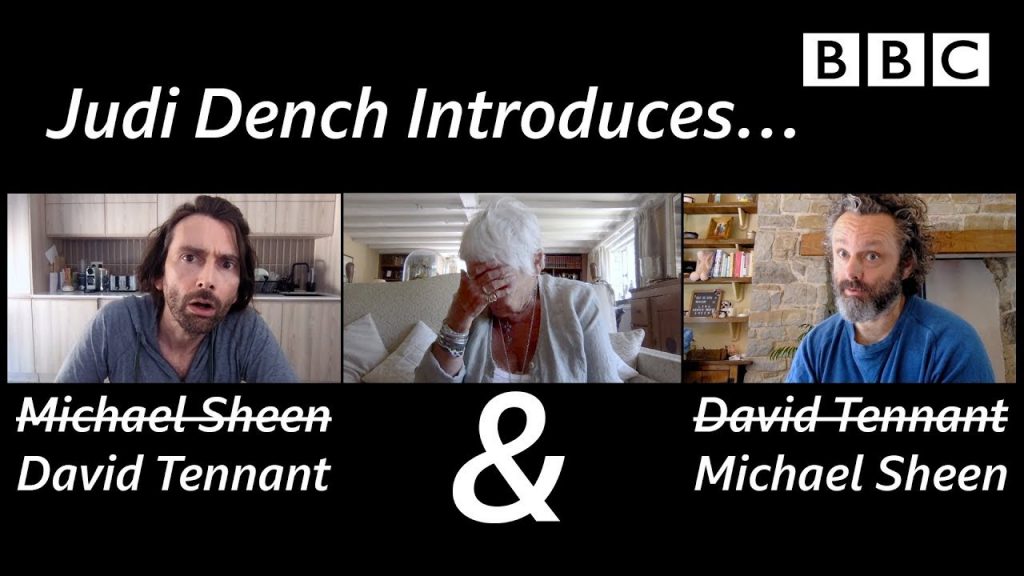 Aside from the obvious much more important reasoning of ‘flattening the curve’ and ‘slowing the spread of the virus’, if anything good has come from the last 4+ months of the off-again, on-again mandated ‘sheltering at home’ lockdown,  it’s the steady flow of creativity from the creative world, which has been nothing short of brilliant.

One of the most brilliant examples involves Good Omens stars David Tennant and Michael Sheen who united recently in new lockdown comedy Staged for BBC One. The two acting greats play actors who are furloughed when their upcoming West End production is suddenly brought to a halt. Along with director, Simon Evans, the three try their best to keep the rehearsals on track for a performance of Luigi Pirandello’s Six Characters in Search of an Author during the lockdown. Unfortunately, distraction, boredom, home-schooling and their own egos keep getting in the way.

Little did they know that they would soon be getting some much needed ‘advice’ from, perhaps, the greatest stage actress of all time…Dame Judi Dench. It appears that David and Michael have not been playing nice with their director, Simon. The ‘advice’ morphs into whether or not an actor show say “no” to anything for fear of never working again. “Do this, do that, play a queen, play a cat. Do you know how tiring it is to be everybody’s first choice for every bloody role?“, laments Dame Judi as she tries to explain her plight to David and Michael.

Staged is based on an original idea by comedian Simon Evans and producer Phin Glynn. Evans wrote the series which is produced by Glynn, Victor Glynn and Georgia Tennant. David Tennant and Michael Sheen served as executive producers of the series. Rumor has it there might be a series 2 in the works. Fingers crossed.