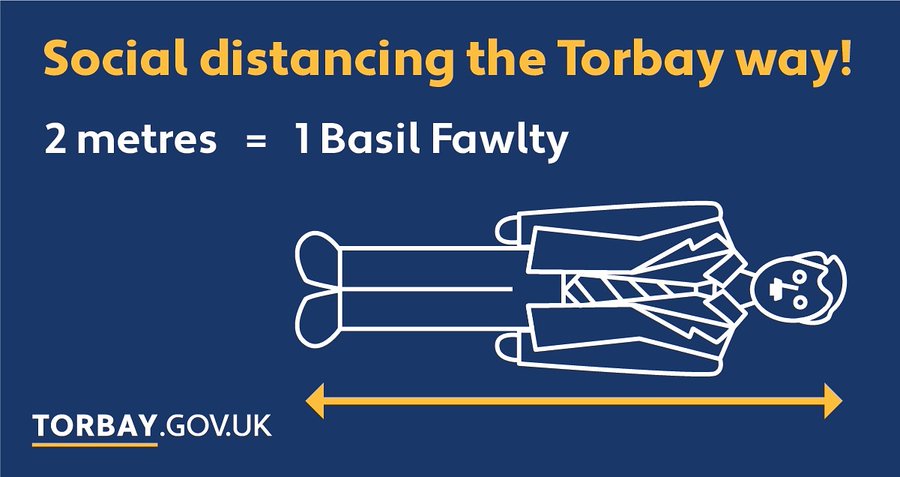 If our new normal of social distancing still has you confused as to what actually constitutes a ‘safe social distance’, consider this from one, John Cleese, with the ultimate in visual explanations for those thick of mind, courtesy of the Torbay Council.

Going forward if I see you too close to one another I shall lay down in-between. Social distance! @Torbay_Council pic.twitter.com/rzU8mNhFdr

The back and forth on Twitter between John and the Torbay Council has to be the reason Twitter was created.

Brilliantly, Cleese began by tweeting : “Going forward if I see you too close to one another I shall lay down in-between. Social distance!” Then, as if channeling the hapless hotelier, he added “2 metres = 1 Basil Fawlty” for those individuals who would, most likely, fall into the ‘riff-raff’ category of clientele that he would hope to avoid staying at Fawlty Towers.

The Torbay Council responded with: “Thanks we’ve been working hard to spread the message here in Torbay.” And, then, it added in a series of tweets using poor Manuel as the target of their frustration: “But for some, the guidance was a little confusing.” What followed was the graphic above so that even Manuel could understand without taking a spoon to the forehead.

This isn’t the first time John has had a character from his past used to promote social distancing. It seems as though, earlier this Summer, the North Somerset Council had a similar notion and called upon the Minister of Silly Walks to visually explain what this seemingly simple concept is for those that still didn’t get it. 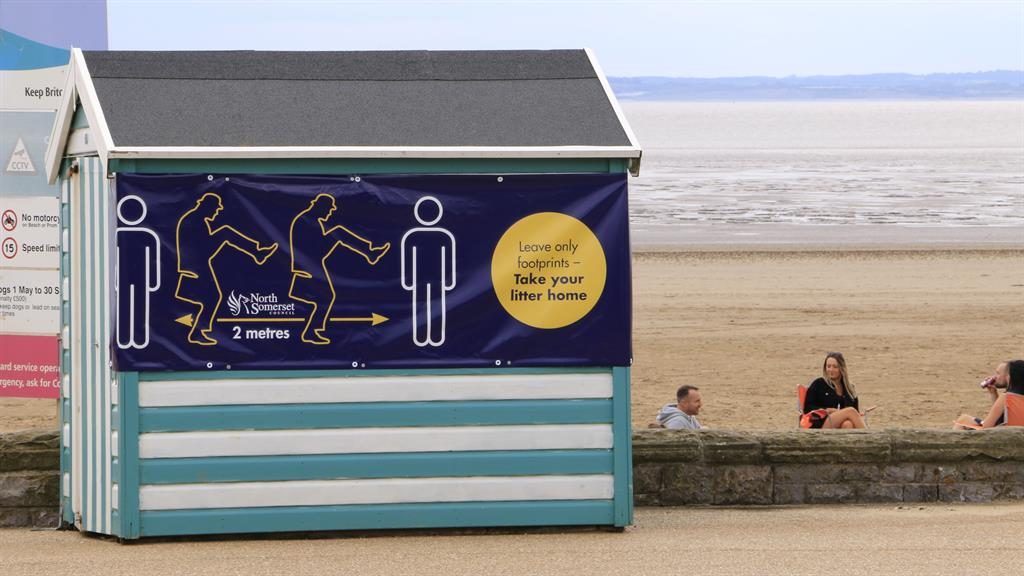 So, whether it’s Torbay and Basil Fawlty or Weston-super-Mare and the Minister of Silly Walks, you should be able to figure out the 2 metres distancing at this point…unless your name is Manuel and you’re from Barcelona.