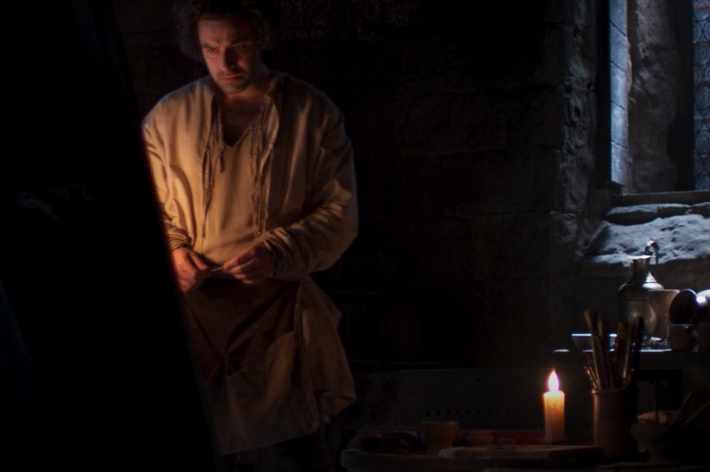 Earlier this year, Aidan Turner swapped the picturesque Cornish coastline, where he rode up and down more times than the law should allow on his trusty horse, Seamus, in Poldark, for Italy in the 1400s and a paintbrush when he portrays Renaissance artist, Leonardo da Vinci, in a forthcoming 8-part drama series, Leonardo. Set in Italy, the 8-part series will tell the story of da Vinci’s life, from a young apprentice to one of the greatest painters of all time.

Co-created and written by Sherlock writer, Stephen Thompson, and The Man in the High Castle‘s Frank Spotnitz, Leonardo will see the artistic genius fall under suspicion of murder from a Milan police officer, who starts digging into da Vinci’s past to uncover what exactly links him to the case. 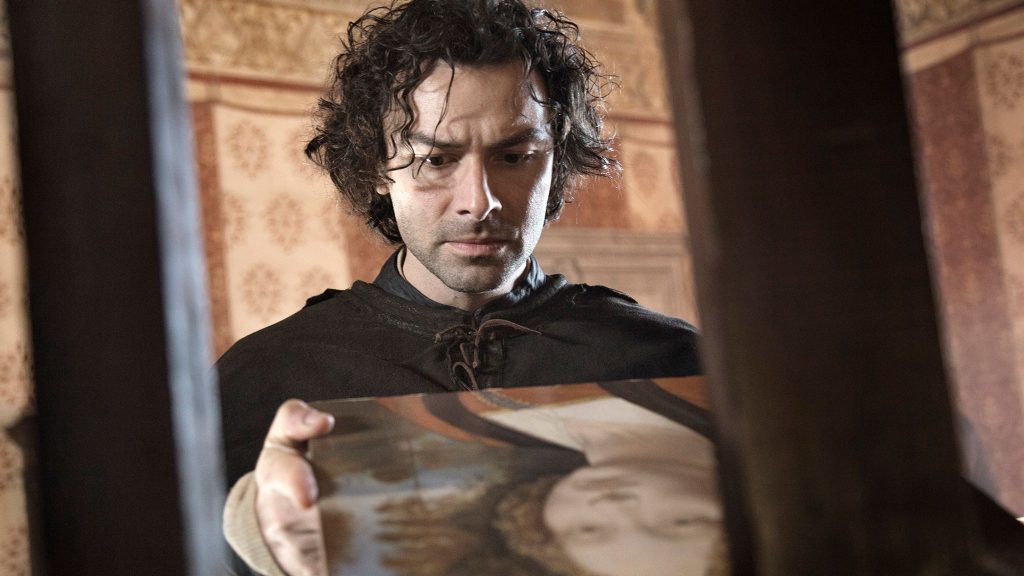 The official press release states that Leonardo will “unlock the mystery of one of the most fascinating and enigmatic characters in history – a man whose genius and work is globally known and yet whose true character remains a tantalizing secret.”

Echoing that sentiment, Executive producer Frank Spotnitz said: “Leonardo is constantly surprising, and despite his fame remains an enigma more than 500 years after his death. We’ve uncovered sometimes little-noticed clues about Leonardo’s life and pieced them together in a puzzle that attempts to reveal the humanity behind the genius.”

In an earlier interview with Variety, Spotnitz said his and Thompson’s intention is “not just [to] say that Leonardo was a genius, but really show why he was a genius and have the audience understand what it was that made him so brilliant and radical and centuries ahead of this time….To do that, you need to get really close to his work.”

Aside from his mastery in the art world, da Vinci went on to excel in multiple fields including maths, engineering and palaeontology despite having no formal academic training.

The first look clip, which was released back in April on the anniversary of his birth, shows Turner as a young Leonardo da Vinci honing his craft as he works on one of his most famous commissions and the most reproduced religious painting of all-time, “The Last Supper”. The original footage in the clip is accompanied by a score from series composer John Paesano.

Produced by Lux Vide with RAI Fiction and Big Light Productions in association with France Télévisions and RTVE with Sony Pictures Television as the co-producer and distributor, Leonardo is expected to transmit somewhere (there is currently no UK or U.S. broadcaster that have signed on for this) and sometime in 2021.

Filming on Leonardo (w.t.) began back in December of 2019 with the expectation of wrapping up in the Spring but fell victim to the UK’s coronavirus film production shutdown. Adhering to strict industry safety protocols, production resumed in June with Leonardo becoming one of the first large-scale productions to restart during COVID-19, and filming on the show officially wrapped in August.

Distributed by Sony Pictures Television, let’s hope we are able to see Leonardo maybe by Spring 2021.